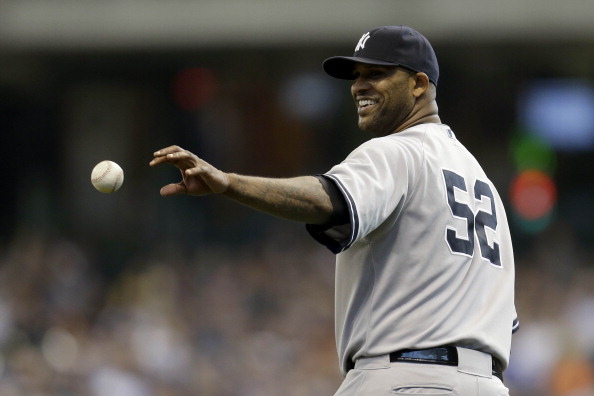 Week 12 is a good week for streaming, so long as you do not want to go crazy and replace your entire pitching rotation with spot starting pickups. Of course, you need to buy in on a couple of pitchers that are two start options, and one of those is a starter I had written off almost entirely for 2015. Ain’t it nice to rediscover a player that is getting back on track after a miserable run? Of course it is.

On a weekly basis, I am profiling those starting pitchers scheduled to take the mound in the upcoming scoring period. This is to help you determine who to try to grab from your league's free agent pool and/or who you should target as a player to spend your FAAB funds on. Note that all the streaming options listed below are owned in less than 50% of leagues, and thus could be available on your waiver wire. Here are this week's set of potential streaming targets.

I like just about anyone who gets to face the White Sox and their putrid offense. Especially when the opposing Chicago pitcher is Danks. Milone is coming off back to back seven inning quality starts, where he put up a very tasty 13:1 K/BB ratio. He has been too free with the long balls this season, but that should stay in check against the White Sox.

I had not planned on discussing Sabathia in these streaming articles, based on his early season performance. He has been awful at home this season, but then again, he does face off against the

non-threatening Philly offense in this outing, so let’s discount his home woes for this outing. This start should yield some Ks and potentially a QS.

Locke does not have the best match up, facing off against the Red’s ace, but Cincy is not a world-beating class offense. Locke has pitched well in his past two starts, holding the opposition to just two earned runs over 12 innings. He is also pitching very well at PNC Park, and Cincinnati is much less of an offensive presence away from Great American Ballpark. This skews toward a useful Tuesday start for the Pirate southpaw.

If you are going to use Vogelsong, make certain that you do so when he is pitching at home. Granted, he had a good outing at Safeco, holding Seattle scoreless over 6.2 innings on this past Thursday, but overall he has not been much of a road warrior in 2015. He did beat the Padres in his prior time facing them in May at AT&T, so there is also that in Vogelsong’s favor, and that was the game where he began to turn his season around.

Elias is another SP that you want to favor when he is pitching at home. Kansas City has been struggling a bit offensively in June, although they do exhibit great patience at the plate. You are not streaming Elias for Ks, though, but rather for the other peripherals, despite his 10 strikeout performance against Houston. The Astros are known for their swings and misses this season, after all.

Grab Lyons for the Ks, with his 11.50 K/9 rate stacking up well against a Marlin team that is ranked 11th among all MLB teams in the number of whiffs they produce. He has been subject to giving up some home runs, but the spacious confines of the Marlin home park should help keep any fly balls within the fences. Just do not plan on collecting a QS as he has yet to pitch deeper than the fifth inning.

Just like his rotation mate, Vogelsong, Hudson is a better option when taking the mound at home than on the road. Certainly, it is a better match up facing the Rockies away from Coors Field. You know going in that he will not provide many Ks, but as with many streaming options, it is the peripherals you want to target with Hudson.

Ray is the first of three Diamondback starting pitchers I am recommending this week, and all get to pitch at Petco this week. Go figure that one out. Ray has been exceptional so far in his three starts, and you have to plan on his .230 BABIP and 91.3% strand rate regressing, but then again, pitching at Petco has helped many a pitcher with his stat line. I would look for his K rate to improve after this start, with the way Padre batters are missing pitches this season.

Hellickson is Diamondback number two to stream at the end of Week 12. He is working on a series of five QS over his last six starts and his home/away splits favor him pitching at Petco. He is not a good K option, but should provide some decent peripherals that could prove useful for your weekly stat line. Before you jump in on Hellboy, however, you might want to take a peek at how he fared against these self-same Padres on Sunday.

Wada gets to face the Cardinals, and their rapidly depleting offense. He should be good for some Ks. His season has been up and down so far, but he has been rounding into shape if his last outing against the Indians (seven innings, four hits, no runs and six Ks) is any indicator. Then again, it was against Cleveland, not necessarily known as a powerhouse offense.

Oberholtzer has been effective at home, and has also been generating a ton of ground balls from opposing batters. That trend, should it continue against the Yankees, should play well for him at Minute Maid Park. He is not a great source of strikeouts, but the Yankees are not hitting southpaws all that well, so there is that arrow in his quiver.

Anderson wraps up the trio of Arizona SPs I am suggesting you target for streaming purposes. To be honest, I would have expected him to be owned in more leagues by now. It is likely his lack of ability to miss bats that keeps him available in more than half of the fantasy leagues. Despite his excellent 2.84 ERA and 1.15 WHIP, he is not getting the wins, but that can be chalked up to his team.

Sabathia and Locke return as two-start streaming options. Take a look at how they fared on Tuesday before going in fully on them this week. Sabathia should rack up some nice K numbers when he gets to take on the free-swinging Astros. Locke gets to pitch at home against the Braves, who while not as terrible as many feared at the start of the season, are still not a tremendously scary opponent despite hanging around in the NL East race.