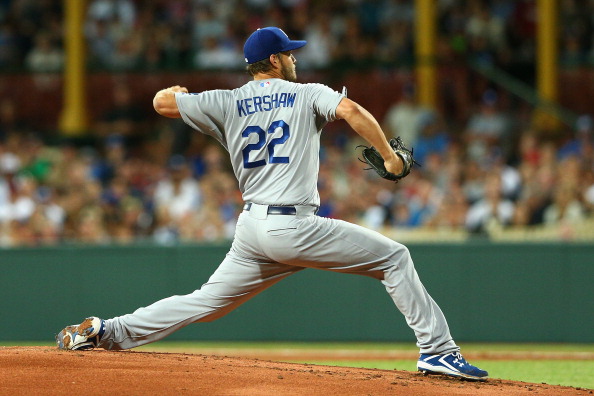 Week 4 approaches quickly, and to help you prepare your rotations, I present the Two Start Pitchers as scheduled for the next week in MLB action. One caveat is that these charts assume that your fantasy

week begins on Monday. I made that decision because I have no leagues that do not provide for a Monday start, and it seems to be the standard scoring system. Of course, if you have questions about starting pitchers who are going on Sunday and thus will presumably have another start during the week being profiled, do not be hesitant to drop me an e-mail (see my address at the bottom of the article) and I will attempt to get back with you in a timely fashion. Of course, you could also look to my Streaming Pitcher articles for additional SP suggestions.

These guys are safe bets, or as safe a wager as you can make when relying on starting pitchers. Sure, David Price looked like a rookie...no, worse than that this week in the cold confines of Comerica Park, getting knocked around by the Yankees in the first inning. Kluber did not exactly look Cy Young worthy against the White Sox, either. Both will recover and as I write over and over, if you are fortunate enough to own any of these pitchers, just plug them in to your rotation for every start they have and reap the benefits. Do not worry about where they are pitching or who they are facing, these are your aces.

There is a nice bunch of SPs to choose from at the top of the middle tier this upcoming scoring period. Not so sure about using the guys that occupy the bottom level, but I will discuss them and when they could be useful when I talk about the second sub-tier. As for the top sub-tier, it obviously begins with Samardzija and runs down through the Rangers' second best starting pitcher behind the surprising Nick Martinez, Gallardo. Samardzija was signed to be the No. 2 in Chicago behind Chris Sale, and he is living up to expectations. Not striking out as many as I would prefer, but still showing great control and decent ground ball inducement. Just realize that he may be facing a suspension for brawling against the Royals on Thursday. McHugh is carrying on from where he left off last season, for the benefit of the AL West leading Astros. He is averaging nearly a K per inning and has yet to let a ball leave the park. His matchups are nice, pitching at Petco and facing the struggling Taijuan Walker in his second start at home. Odorizzi has come out of the gate fast, but expect some regression soon, maybe as soon as his next start against the Yankees. His second start in Baltimore could also be an issue. A .179 BABIP on the season screams that this extremely hot start cannot continue forever, but he is a very good pitcher and if he can keep the fly ball rate low as he has early on, he can be an effective SP3 for your fantasy team. Fister is never going to just blow away the opposition, and his walk rate is inflated early on this season (3.32 BB/9). I expect him to rely on his ground ball inducing tendencies and control to bounce back from his last awful start, a no-decision against the Cards where he gave up five runs (four earned) over six innings. His second start is against the Amazin' Mets, but they have to lose sometime, right? Nelson was a highly sought after middle round starting pitcher this draft season, and he is rewarding those who believed in his abilities. Like Odorizzi, his BABIP (.202) hints of an adjustment coming, although a 2.17 GB/FB ratio through three starts does suggest that he has figured out how to pitch to major league hitters, at least early on this season.

Continuing the top sub-tier, Hamels is suffering because of his team, as he is winless in four starts. He is still putting up great K numbers, even if his ratios are not excellent due to a couple of less-than-

stellar outings early on. He is a quality pitcher, whose results in the victory column should be better, and if he is traded, should improve all around. Anderson gets to pitch on the road, which would normally seem a good thing to get away from hitter-friendly Chase Field, but last year his splits favored his home starts. Still, he does not have to face Colorado at Coors Field, and pitching at LA, even against Kershaw, should help him keep the ball in the park. Plus,he has been looking better in each of his three starts, so ride the trend. Sanchez worked with his pitching coach, Jeff Jones, to work on a mechanical issue, and was much sharper his last outing. Sanchez is a generally dependable pitcher who can supply a good number in the K column, Facing the Twins is a good first start this coming week, and while the KC start on the road could be problematic, if Sanchez is on his game, he can fool hitters anywhere with his multiple pitch repertoire. Kelly gets two home starts, and he has been surprising with his increased K rate. His ratios are uninspiring, but with the Boston offense backing him, he is good option to plug in in a week with two starts. Weaver is rounding into his usual shape, limited Ks but good ratios and he is limiting his walks this season so far. The 83-84 MPH fastball is an issue, as is the 1.6 HR/9 rate, which are probably interrelated. Personally, I will never roster him, but he has some utility as a back of the rotation starter. Starts on the road against Oakland and the Giants are not huge warning signs this week. Lackey, as has been his tendency, has been inconsistent this season, throwing a garbage outing then following that up with a beauty. He is showing good control, with below-average strikeouts, as expected, and getting a good share of ground balls from hitters.  I like his first outing against the Phillies, not so much the second against the Pirates and Francisco Liriano. Happ has been dealing for the Mariners so far, relying on good control as he will never miss a ton of bats. His ratios are great right now, with a 261 ERA and 1.06 WHIP over 20.2 innings, but that could change with away appearances at two hitter's parks, in Arlington and then Houston. Not being a strikeout pitcher could be an issue with the free-swinging Astros. Hutchinson has had four starts and stunk in the middle two. Still, his strikeouts have been increasing (helped he went eight innings in his last start against the Orioles), and he has the control and ground ball tendency to succeed, even at home, although both his starts this week are on the road. Jimenez is not a pitcher I tend to trust, but it is difficult to ignore his performance so far. Until his last start in Toronto, where he yielded two two-run homers, he had not allowed an earned (or unearned for that matter) run. He has been getting hitters to drive the ball into the turf at a great rate (4.80 GB/FB ratio over 15.2 innings) and racking up better than a K per inning. Gallardo winds up the top sub-tier, and he has been a good signing for the Rangers so far, given the injuries that have hit their pitching staff. He provides great K numbers, and has been working to improve his ratios after an awful first start to the season. Still, he does not pitch deep into games, so if your league employs QS, he should be avoided.

The bottom sub-tier starts with Bailey, who is coming back from injury and beginning to work into shape still. He has yet to last six innings in a start, and while I like him against the Brewers, I might just hold off on starting him until he demonstrates more endurance. Walker has been a huge disappointment early this season, especially after shining in spring training. He looked better in his last start against Houston, holding the Astros to just one earned run, but it would be difficult to be much worse than he was in his first two starts. Pitching on the road for both his Week 4 starts makes him a risky option until he demonstrates some dominance. Cosart has sandwiched a couple of good starts around one terrible outing, but he will not give you strikeouts, and the Marlins are struggling to get things

going. He might be worth using against Philly, another bad team, in his second start of Week 4. Gee is not all that exciting, even at his best, and he is at risk of becoming a bullpen arm. Still, the start in Miami is worth a gamble, and you have to consider that his team is on a huge roll to start out 2015. Use him against the Nationals with caution. Hammel has yet to regain his dominance that he showed last year while wearing a Cub uniform in 2015, although to his credit, he is showing great control (0.52 BB/9), and decent K numbers. His second start against Milwaukee looks more promising than the first against Worley and the Pirates, although both are at home where he was much more effective last season. Ventura seems to have a maturity problem, to say the least. He has all the skills to be the ace for Royals, but he is going to cause problems for the team if he keeps inciting melees. He is a question mark this week, having received a seven game suspension, but expect him to appeal and pitch. Even so, keep an eye on his status. Worley is coming off two decent starts, but he is hardly an inspiring option. Does not give up many homers, he has that going for him, but pitching on the road is a huge negative for both his starts. Pelfrey is coming off two excellent starts, but he does pitch for the mediocre Twins and has two tough match ups in Week 4, against Detroit and the ChiSox. I would let him sit on the bench this week unless you are extremely desperate for a possible win.  Same advice with his teammate, Milone, whose own matchups are just as bad. You have to been extremely in need if you are using these two Minnesota SPs, and I feel for you. Teheran started out gangbusters, but has struggled in his last two outings. He has talent, but I would not suggest employing his skills against the Nationals in his first start of the scoring period. He could rebound nicely against Cincy, but look to his performance against Washington first before inserting him in your rotation.

I hope your league is not so deep that you need to consider using any of these starters this week. Well, maybe I could make a case for Warren, he looked good against Detroit in Week 3, after a shaky four run first inning, but a 6:8 K/BB ratio shouts out to stay away. Also,Hernandez is not terrible, just not dominant. If you want my advice (and if you don't why are you reading?) just avoid all these pitchers.