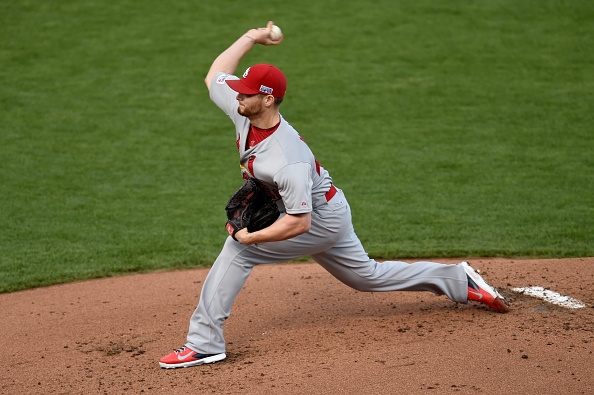 This is the second of a series of articles I will be publishing about starting pitching options that will not force you to abandon your search for offense early on in your upcoming fantasy drafts. Do not take this as an admonition to avoid drafting pitching in the early rounds. Quite the contrary, I suggest that you grab an ace early on, and if you feel comfortable taking a closer, get one of those guys, too. In my early draft experience this season, however, I see pitching as being plentiful later on, and offense to be much more scarce, especially power. Therefore, it behooves us to study the early returns and identify those starting pitchers that are available well down on the ADP lists that still provide solid value.

Miller had a great second half to 2014, but my concern is the decline in his strikeout rate. Looking at his pitch selection, he seemed to rely more on his fastball in the second half last season. It is a well-understood principle that starters with success at the major league level need to have secondary pitches that they can control and rely on to keep hitters off balance. Keep an eye on how he approaches hitters this spring, looking carefully to determine if he has been able to develop a reliable off-speed offering to keep the hitters honest. Personally, I would prefer any of the other three pitchers profiled here given my druthers.

Fiers only saw action with the Brewers late in 2014, appearing in 14 games and starting 10 of those contests. He did not allow more than three earned runs in any of his starts. His fastball clocks in just under 90 MPH, but with his control, he generated superb 9.54 K/9 and 4.47 K/BB ratios over his 71.1 innings pitched with the big league club in August and September. Beware of some regression, as he is unlike to repeat either the .236 BABIP or 82% strand rate over a full season. His control will keep him a valuable pitching asset for fantasy purposes, as his ratio stats should stabilize any fantasy pitching rotation.

. FIND OUT HOW YOU CAN DOMINATE THE COMPETITION - FOR FREE.

but then again, last season he pitched the most innings he has since 2010. Looking at my projections, you will see I am a believer in Liriano. He will give you an excellent boost in strikeouts, again assuming he can take the mound every fifth day. Pittsburgh has a strong offense, and the win total may be a tad underrating Liriano’s skill set and his team. Realize that if he looks as dominant this spring as he did at the back half of 2014, his ADP is going to rise significantly.

(90.3.MPH in 2014), yet manages to generate a ton of strikeouts per appearance. Odorizzi does possess a successful off-speed pitch, having learned how to toss a split-changeup from fellow starter Alex Cobb last season. Issues to worry about are his extreme fly ball tendencies (0.65 GB/FB ratio in 2014) and an inability to pitch deeper into games, as he only lasted past the sixth inning in six of his 31 starts last season. If he can increase his stamina and keep up the K rate, he is a fine breakout possibility in 2015.