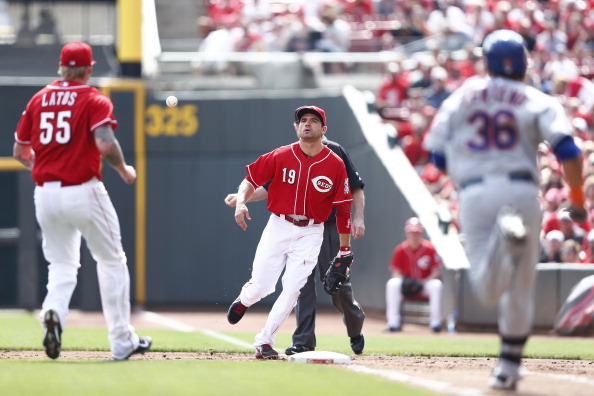 Week 19 is upon us, and the season is now heading into crunch time, where championship runs begin to get serious. You need to rack up the pitching stats now until the end of September if you want to prevail over your leaguemates. Thus, it is time for our weekly round up of those starting pitchers that are slated to provide two starts this scoring period.

I would start any of these pitchers and not worry about where they are pitching or who they are going up against. Wind them up and let them go at it. Oh, and Verlander is back where he belongs after picking things up his last few starts, although we would all like to see some more Ks in the box scores, I would bet.

This week, the first sub-tier begins with Hendricks and runs down to Guthrie. Hendricks has allowed only four earned runs over his past four starts, all of which were of the quality nature. Facing the staggering Brewers and the underachieving Mets makes for a good two start week. Peralta was unusable for me earlier this season, but he has been sharp since mid July, allowing two or less earned runs in his last five starts, and even racking up nine Ks in his last appearance against the Giants. Hahn had put together a string of 4 consecutive wins where he allowed only one earned run in each game before he took a loss to the Twins on the road, but even there, he only gave up three earned runs, although he also did not last a full six innings, either. His first start is against the woeful Rockies at home although he does have a tougher match up against the Cards on the weekend. Miller had been going through a rough patch through mid July, but has been very good in his last three starts. He has a good chance to continue that trend when he faces the Marlins and Padres this week.Ventura is another youngster who has picked up his game, tossing three straight QS where he has been striking out better than a hitter per inning. Facing Oakland isn't ideal, but taking on the Twins over the weekend holds promise. deGrom has tossed six QS in a row, winning five of those contests as well. A 49:9 K/BB ratio over his past seven games makes him a must start in my book  Guthrie, our last pitcher that tops the middle tier, has been inconsistent this season but is coming off three consecutive wins and a pair of QS. He limits the free passes, and if he can keep the hit totals down, he is effective. His ownership percentage is woefully low at 20%, so you should be able to grab him if you see fit. As with his teammate Ventura, I like his chances in the weekend game against the Twins more than his first start this week against the A's.

The next sub-tier consists of the group of SPs that I would consider using, depending on match up without much concern, beginning with Teheran and ending with Tepesch. Teheran has dropped his last two starts, although he does provide a nice source of strikeouts. He does have two tough match ups this week, and thus I hesitate to use him in either of his starts, but he is a quality SP. Chen is a steady, solid performer, nothing fantastic, but certainly a good back of the rotation pitcher for fantasy purposes. He also exhibits good control and will give you a decent strikeout total in his starts. Neither of his opponents really scares me off from using him this week  The biggest problem with using Volquez is that he isn't pitching deep into games, having pitched six or more innings only once in his past four games. He does offer acceptable Ks for a starter, although the lack of innings hurts there, too. Locke, Volquez's rotation mate, has been pitching deeper into his starts, but also has been giving up too many runs to be dependable. I would worry about the Pirates SPs facing off against the Tigers this week, except for how pathetic the Detroit offense has been lately. Facing the Nationals on the weekend is no walk in the park either. Hellickson finally lasted past the fifth inning in his fourth start this season, and rewarded his owners with a QS and a victory. He has shown good control, and has racked up 14 Ks in 16.2 innings. Lewis has gone 3-3 over his last six starts, and aside from a disastrous start on July 10th against the Angels, has pitched well. The strikeouts aren't there right now, but he has been pitching deeper into games and generally has a chance to provide those ever elusive wins every time he takes the mound. Lyles wasn't his sharpest,coming off a fractured hand suffered in June, but still racked up a win in his first trip back to the hill as a starter. As the rust comes off, he is a decent option, especially in his first start on the road against San Diego. The second start at home against Cincy is not a terrible match up, either. Correia has thrown two consecutive QS, following up two losses where he was less than effective. Not a bad couple of games this week, facing the Astros and Royals, so he is usable if you have need for a potential win or QS. Buchanan has been effective for the Phillies, not allowing more than three earned runs in his last seven starts running back into June. He is nothing exciting, just steady on the mound. For some reason, the Phillies offense wakes up for him, as he has five wins in his last seven starts, to boot. Tepesch doesn't excite me, as he has shown inconsistency this season, but then he can pitch a beauty of a game, just as he did this past Wednesday, where he outmatched the White Sox' ace, Chris Sale. Just because he can pull those sort of starts out of his back pocket, he rounds out the middle sub-tier of the middle tier.

The final sub-tier contains pitchers I am not certain I would trust, but they at least offer a hope of decent performance in the right circumstances. This group starts with House and wraps up with Gallardo. House allows too many earned runs to be trusted fully, having yielded three earned runs in four of his last five starts. Granted, the fifth start he shut out the Rangers but it was over only five innings and it was against the Rangers. Young had been an effective SP, but his past two starts were disappointing, as he did not make it through six innings in either start. He does offer good strikeout potential, however, but his two match ups aren't the kind that give you a warm and fuzzy feeling. Smyly shows good to great control usually, and has the potential to roll up good strikeout numbers, but he needs offense to collect wins. While I don't think he will suffer from the move to Tampa Bay, this season his value is depressed a bit with the sub-par Rays offense now backing him. Hutchison's last outing was a thing of beauty, going one out short of a complete game one run victory. His problem, though, is inconsistency, as he has been known to give up runs in bunches on occasion. Plus, his strikeout totals are all over the board. McHugh can be counted on for Ks, but just like Hutchison, he is inconsistent as all get out. If I had to chose between him and the Toronto starter, though, I would go with the Astro SP this week, as his match ups against Minnesota and then in Boston are both winnable. Cosart is expected to only miss one start with an oblique injury and should make both his scheduled starts this week. Even so, I would avoid him as he has been getting lit up lately. Cappuano tossed a gem against the Tigers earlier in the week, but as with the last two SPs, his inconsistency makes me shy away from using him. Koehler can be a useful starter, when his command and control are evident. Whether that will take place from game to game, however, is a gamble, and I prefer to minimize my risk, so he is not on the list of streaming options I would consider this week. Collmenter's match ups are not terrible, and he can be a very good starting option. Again, though, he can stink up the joint on any given night, and his team doesn't fill me with confidence that they can overcome a bad inning or two by their starting pitcher. Haren is coming off a nice outing vs the Angels, but prior to that he was unusable. I am predicting that the excellent start was the aberration, not the previous five appearances. Kelly pitched a great game against his former team in his first game for his new team but Boston should be aware that the Cards weren't big on using him as a starter even with their injury issues this season. I would expect him to go back to being mediocre soon enough. Gallardo has good games, then he has bad games. It may seem that I am beating this horse to death, but inconsistent starting pitching is something you want to avoid in your fantasy pursuits. At one time you could survive the inconsistency because of his strikeout potential, but even that is up and down these days. No thanks.

Also, remember that if you create a new account RIGHT now over at DraftKings ($10 minimum) using our link here, you will receive a FREE 2014 Fantasy Alarm Fantasy Football Draft Guide, NFL Assistant GM In-Season Package and our COMPLETE DFS tools for this coming fantasy football season.

I wouldn't use any of these pitchers myself this week, as all are coming off poor recent performances. Flande is prolly the best of the bunch, and with a start in Petco, he is borderline as a bottom tier dweller, but I feel you can do better, even if you have to use one or more of the bottom middle tier SPs.