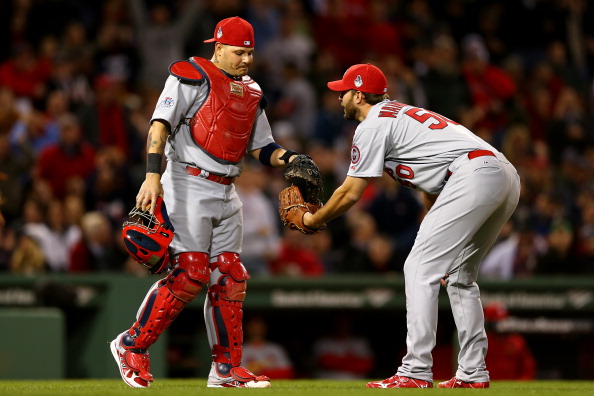 Now that the All-Star Game has been played and the results are in the books, it is time to once again examine the two-start options for the upcoming fantasy period. I look at a pitcher's consistency and trends when performing this weekly analysis, and that is not as easy with rotations being restructured and pitchers dealing with their regular schedules being disrupted, but I believe we can pinpoint some decent options for the upcoming week.

Once again, I suggest that all these pitchers be inserted into your lineup, no matter the opponent or venue. Seems like Porcello is making himself at home in the top tier.

The top sub-tier consists of deGrom down to Niese. deGrom has silenced those who thought his mediocre minor league numbers spelled out a short term opportunity to pitch for the Mets. He is striking out batters, refusing to hand out free passes and limiting hits, too. Anything not to like? Volquez is coming off a nice little four game QS string, where he has allowed only three earned runs. The 2:1 K/BB ratio is not exciting over those four games, but he did hurt himself with a four walk outing against Philly, or the numbers would be more palatable. Odorizzi has only allowed more than two earned runs once over his last seven outings, and that was a three earned run effort against the Yankees on the road. With a 116:39 K/BB ratio on the season, he is a fine young pitcher that should be owned in more than just three quarters of leagues. Vogelsong has been pitching well of late, although you wouldn't necessarily notice with him being in the midst of a four game losing streak. During those four outings, he has given up one, two, three and two earned runs, while racking up 232 strikeouts and allowing only three walks. He is suffering through some bad luck, but still giving his owners the stats they want, with the exception of those elusive wins. Niese is coming back after a shoulder issue, but looking at his past production, you have to be hopeful that he can continue to twirl some useful innings, perhaps getting back to his strikeout ways as well. He pitches almost as well on the road as at home, so his match ups are not a concern this week.

The next sub-tier runs from Peavy to House. Peavy is another hard luck pitcher, as he has pitched well enough to have won several games in the recent past, but just cannot get the run support he needs. He is posting decent enough strikeout numbers and has corralled the wayward pitches that led to an inflated walk rate earlier in the season. He may be moving to a new team, as the Red Sox wallow through the 2014 post-World Series blahs, which could boost his win total. Stults has settled into the Padres' rotation, pitching well in his last five starts since mid June. He is owned in less than 5% of league, and while the soft tosser will never rack up the Ks, he also doesn't walk many and thus provides his owners with nice peripherals when he limits the hits. I would prefer him to be pitching at home, but also am not worried tremendously with his two opponents this week, as maybe he can record some strikeouts in Atlanta. Morales is coming off a couple of games where he held the opposition to one earned run at Coors Field. Pitching at home does not seem to bother him, and he is recording nearly a strikeout per inning, although he will need to stop walking hitters to continue his success. House, if he can pitch into the later innings is a decent option in the two games against division rivals Minnesota and Kansas City this coming week. He is not going to blow away a ton of batters, but as an extreme ground baller, he has a chance to put up decent numbers, as he also limits the walks, posting a 2.73 K/BB ratio so far in 45 innings in the majors.

Lee and Norris form their own sub-tier, as both are coming off injury. We know what Lee will provide as a SP, and while I might have a bit of trepidation about him in his initial start, you should consider trying to acquire him if he does stumble a bit this week. Norris was pitching pretty well prior to his groin injury, although he was roughed up by Washington pretty badly on July 9th. He is nothing spectacular, but does provide some Ks and has the ability to provide useful peripherals.

Gonzalez, Happ, Nuno and McHugh for the next sub-tier. Gonzalez threw a couple of eight inning QS before the break, and while he can give you strikeouts, he also walks too many hitters to be truly effective on a consistent basis. I would prefer him at home, but he could surprise this week...but prolly not. Happ, Nuno and McHugh have all been guilty of inconsistent performance, notably letting in a bunch of earned runs. If you want to risk your stat line in a H2H league, these are the guys you want on your roster. Otherwise, it is too tough to pick match ups to rely on them.

The final tier consists of pitchers that I will take a chance on in the right circumstances, although their recent play scares me. Koehler has the occasional blow up game, but overall pitches adequately for a back of the rotation arm. Hutchison is coming off a stinker of a game against the Rays, but you can generally count on him for decent strikeout numbers, as well as the occasional gem. Otherwise, his pitching is generally acceptable. Elias has been in a downward spiral since the end of June, allowing five, five and six earned runs in his past three games. He was just alright for a while this season, and like a lot of inconsistent pitchers, can give you a good outing or two, but you'd do best to avoid him for the present, until he figures out how to close down opposing hitters again. Hernandez also has good games in his repetoire, but the occasional blow ups are killer. He can post nice strikeouts on occasion, but those efforts are few and far between. Avoid him unless you feel prescient and can predict his next good start. Verlander and Lackey should find themselves back where they belong soon enough, which is in the top tier of SPs. But I've been saying that about Verlander for weeks now, and despite some signs he is correcting whatever is wrong with his mechanics, he still is not able to avoid the disastrous inning that derails his otherwise excellent starts. Lackey I tend to think will recover before Verlander, as his struggles took place over a three game stretch in late June/early July. A decline in strikeouts is troubling, but he is still not handing out the walks, so I have some faith in his recovery back to ace like status sometime soon.

I am not interested in using any of these eight pitchers this scoring period, as none have demonstrated to my satisfaction an ability to consistently miss bats and keep runners from circling the bases. Peralta and Guthrie are perhaps not worthy of being cut just yet, but I wouldn't want to rely on them for one start, let alone two in a week.