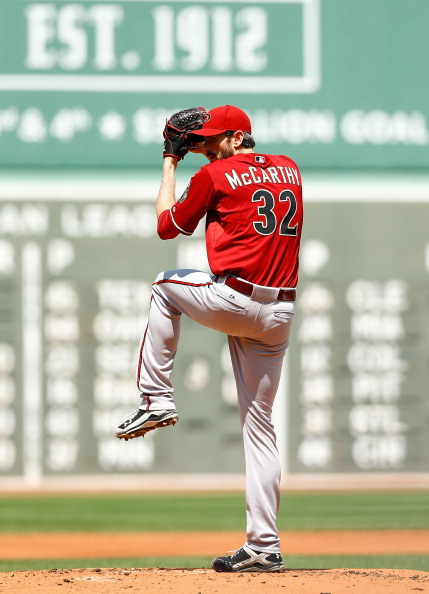 Week 10 is on tap, and if you need some streaming options to grab at the end of the week, you are in luck. All the following pitchers are owned in less than 50% of leagues, so you have a chance to snag them off the wire if you need the pitching stats to win your H2H match up or are simply looking to find a potentially decent fill-in for an injured or under-whelming SP currently on your roster.

Gonzalez has been a good source for quality starts, although he does tend to walk too many hitters. That tendency will hurt him at some point, but facing a banged up Texas team with Lewis on the mound is not a bad situation for him.

Odorizzi is not someone you want to own full time in a 12 team or small league, especially with the Rays reeling this season. He is coming off a bad outing against the Red Sox, but if you need some Ks, he is a good source. Getting Miami on the road is another positive sign.

Peacock is another source of strikeouts, but he is too liberal with the free passes. I would prefer to use him on the road, but he does generate a fair amount of ground balls, with a 1.51 GB/FB ratio so far in 2014, which gives him a chance to pitch deeper into games and rack up useful stats.

deGrom has been very good, but does not have a win to show for his efforts yet. He racked up 11 strikeouts on Saturday, but that is likely an aberration, since he only had 14 in his previous three starts. His BABIP screams regression, as does his 2.42 ERA, but while he is hot and facing the Cubs, this is a good time to take a chance on another good performance.

Of the six options I have set forth above, I like Guthrie, McCarthy and Milone best. Bedard finally came back to earth in his last start, yielding eight runs on 13 hits over just four innings. I do look for him to do better against Seattle, but check out his results against Boston on Sunday before you add him to your rotation.

Guthrie has pitched well enough in his last four starts, but only has three losses to show for it. He has to get lucky sometime, maybe against the Yankees at home? His opponent, Whitley, has shown great command in his four starts, but is also an unlucky SP, with four consecutive no decisions in four starts. Whitley is a better option if you need the Ks.

McCarthy had been on a roll, until his last starts against the White Sox on the road. I look for him to rebound against the Braves, and put up good peripherals and K numbers, although pitching at home is not ideal.

Milone at Camden Yards is a bit worrisome, as he has not been good away from the Coliseum. In his favor, he has owned the Orioles in the 13 innings he's pitched against them, allowing only a single earned run.

Rienzo put up a stinker in his last outing, lasting only 3.1 innings against the Padres. Before that, though, he had twirled 4 consecutive good outings, limiting opponents to nine earned runs in 23 innings. He has good strikeout potential, and has shown good control lately, resulting in his becoming a usable streaming option if not an exciting one. At least he is pitching away from the hitter friendly U.S. Cellular Field in this start.

Another batch of six to choose from on Saturday, here the only pitcher I don't entirely trust is the Nationals' Treinen, just due to his limited starting experience in the majors. Speaking of the youngster, he has a superb 1.40 ERA but an inflated 1.60 WHIP due to the five walks he issued in his last start against Pittsburgh. He may only have this one start this week before he goes to the pen with Gio Gonzalez coming off the DL, so if you want to use him, this is your opportunity.

Elias pitched a beauty of a game on Sunday against the Tigers, bouncing back nicely from the five earned run effort against the Angels. This start, where he held the Detroit team scoreless, could be just what he needed to get back on track. As with any young pitcher, these ups and downs are part of the package, but facing the struggling Rays is a nice follow up to Sunday's effort.

Hernandez keeps limiting the earned runs, although he has exhibited an alarming increase in walks in his past couple of starts. He needs to get his control in line to be an effective starter, but the ERA is good enough for a spot start if you need some innings.

Morton has been the definition of bad luck early on this season, but he is not helping himself with an increased walk rate in his past couple of appearances. If he can limit the free passes, he should start to pick up some wins and reverse his bad fortune. Like Hernandez, his ERA is nice, but he needs to limit the extraneous base runners to be effective.

The Yankees will keep Phelps in the rotation, with their injury woes making him a necessary option, and he does offer a decent 3.38 ERA and nearly a K per inning. The WHIP is inflated by a 3.83 BB/9 rate, though. He does keep the ball in the park, and has been pitching deeper into games lately. Not a great option, but not a terrible one, either.

Tomlin has a bad match up, facing Darvish on the road, but with great control and nice strikeout numbers, he is prolly the star of this day's alternatives. With a 3.04 ERA and a 0.98 WHIP, coupled with a 5.50 K/BB ratio, he is a pitcher that should be on a team roster and not available on the wire.

Anderson has been the recipient of strong offensive support by the Diamondbacks, leading him to a 3-0 record. But aside from the five earned run effort against the Dodgers in his second start in mid-May, he has held the opposition to one or none earned runs. He needs to limit the fly balls, especially at home, but lucky pitchers are ones to ride until the charm wears off.

Pitching for the Cubs is not a great endorsement for a streaming option, but Arrieta is a nice source for Ks and for the most part, he is exhibiting great control which helps keep him on the mound, having gone six innings each of his last two appearances. He has a 3.20 ERA since returning from the DL, and getting Miami on the road is a plus.

Buchanan shouldn't worry about pitching in Cincy, considering his home park is not exactly pitcher friendly either. He won't give you many Ks, but as a ground ball pitcher, he provides nice peripherals for his owner, and his control has helped him to a good 1.20 WHIP. If you are looking for some innings at the end of the scoring period, he is a respectable alternative for streaming purposes.