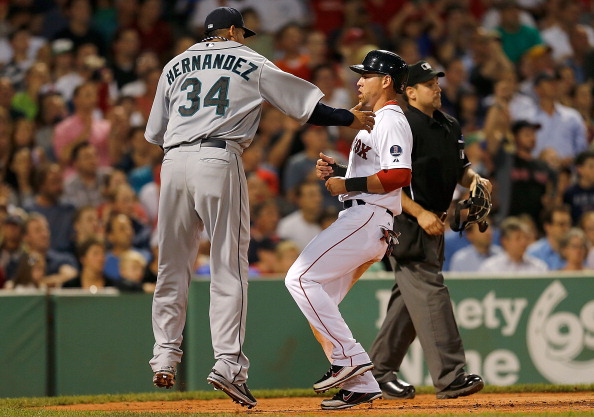 We have as large a slate of excellent two start pitchers as we've seen early on this season. I have ranked the middle tier in an order that reflects how I would value them this week. Not much need to rank the top tier, as any of these pitchers should be started if you own them, and with the final tier, my advice is that unless you are extremely desperate, you should not consider starting them at this point in the season.

Essentially, I would suggest you plug these guys into your rotation and let them go.Neither matchup nor venue matters to me with regard to these guys.

Cueto should be started for so long as he stays healthy. McAllister is owned in less than 50% of leagues, and that should be seen as opportunity knocking for you if he is still available in your league.Go ahead, stop reading and grab him now. Peralta has been pitching well so far, and has two good match ups this week. Buchholz has been strong after his first disastrous start against the Brewers, increasing his strikeouts and reducing the number of baserunners. Gibson has been pitching like an ace, and the Twins sure can use a top pitcher. He has give up only 2 scant earned runs over his first thee starts and while I would expect some regression, you need to ride the hot hand right now. Danks is not someone I would have considered drafting, but he has been good over the past couple of starts, and is worth an add if you need to cover for injury. Koehler is another pitcher that has been surprisingly good so far, having twirled 7 scoreless innings in his last start, although he doesn't have the greatest control and that will ultimately come back to bite him.

I expected some regression from Liraiano, but he's been allowing too many runs early on this season to be fully dependable. Feldman, Meija and Wood all have the issue of pitching for below average teams, but also have been effective to date. There seems to be something wrong with Sanchez, as he is not able to pitch deeply into games, but that is a current issue for all Tiger SPs. If he is not hiding an injury, then expect him to right the ship soon and you will want to be riding his arm when he straightens things out. Gee and Maholm both have tough early week match ups, but I do like their end of the period games. Keuchel has been a pleasant revelation early this season, limiting the free passes and racking up decent Ks while also not letting the oppontent plate runs.

Leake through Burnett are all steady performers although I don't fully trust Volquez to keep up the strong start he's enjoying. Hammel seems to like pitching in Chicago, and hasn't shown any signs of last season's injuries slowing him down. Long time readers know how much I like this development. Salazar was a draft day darling, but he is still learning his craft at the MLB level, so expect some ups and downs, like those he showed in Detroit on Thursday. The final sub-tier are all decent options depending on match up. Of these guys, Iike the chances for Arroyo and Odorizzi best, although if pressed, I would start any of them over the guys in the lowest tier.

Of these nine SPs, I like the two National's pitchers best, although both have failed to cement themselves as the fifth starters when Fister comes back to displace one of them. At present, you would need to be desperate to rely on any of these guys for two starts.