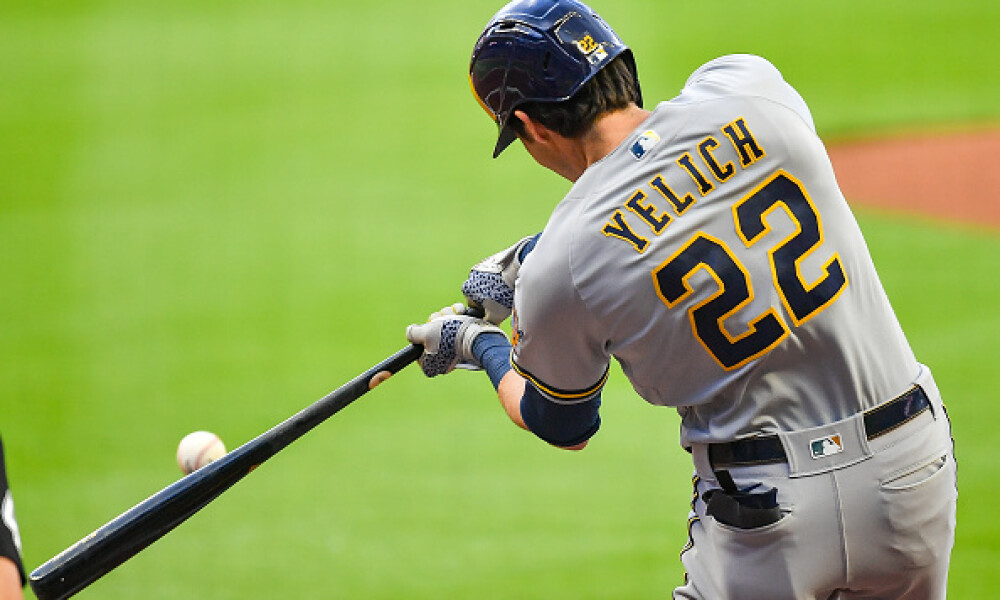 It feels like it was just yesterday that Christian Yelich was thought of as one of the safest fantasy baseball assets out there. From 2017 with the Marlins through 2019, there were few hitters in baseball that were as dangerous or as consistent as Yelich. Then, 2020 happened and suddenly it was like Yelich didn’t know how to play baseball anymore. That 2020 season and his 2021 season to put it lightly, were abysmal. This year though, we are seeing some signs of life, and he has been one of the hottest hitters in all of MLB. Now seems like a great time to examine if Yelich is in fact back if even to some fragment of his previous form.

One of the most obvious issues found in Yelich’s numbers over the last two years was the decline in his batting average. He was previously seen as a player who could contend for the highest batting average in the league year over year, so seeing a steep decline certainly wasn’t expected.

What caused this decline? We can see a distinct change in the number of ground balls and the amount of line drives that Yelich was hitting. In his 2018 MVP season and his arguably more productive 2019 season, Yelich hit line drives about 23 percent of the time, and he hit ground balls about 47 percent of the time. But in his disastrous 2020 and 2021 seasons, his line drive rate dropped down close to 21 percent and his ground ball rate moved to about 52 percent. That is a two percent change to his line drive rate, which is small, but the five percent increase in his ground balls is much more significant. That change on its own could account for a good chunk of the approximate 50-point loss in his BABIP, as many of those balls were likely turned into outs.

The other part of this is going to be his launch angle. While Yelich has never been a launch-angle darling, even when he won his MVP his launch angle that season was only 5 degrees, when he hit 44 home runs through the following season his launch angle had climbed all the way to 11.3 percent on average. Then the following two years after that though, we saw it drop to 7.1 in 2020, and then 2.8 in 2021. This season though, we have seen it bounce back up to 9.9 which could be a big reason why we have seen his batting average start to come back up, and his slugging percentage has come back with it.

Is Christian Yelich Back in Fantasy Baseball's Good Graces in 2022?

With Yelich still being just 30 years old there is reason to believe that he can get back to being a useful fantasy baseball asset, he likely won’t return to the perennial contender to win the batting title and it is even less likely that we will see him win another MVP. He still makes great contact and has one of the highest average exit velocities and maximum exit velocities (he currently is in the 91st and 95th percentiles respectively). So if he can keep his launch angle up, there is no reason why he can’t still be a player who hits for 30 home runs or more year over a year provided he is able to stay healthy (especially playing his home games in Milwaukee, and just as especially with the state of pitching in the NL Central). If Yelich can’t keep his launch angle up though his fantasy baseball time will likely come to a somewhat abrupt end as MLB players or useful ones at least don’t hit with two-degree launch angles on average no matter how hard they hit the ball.