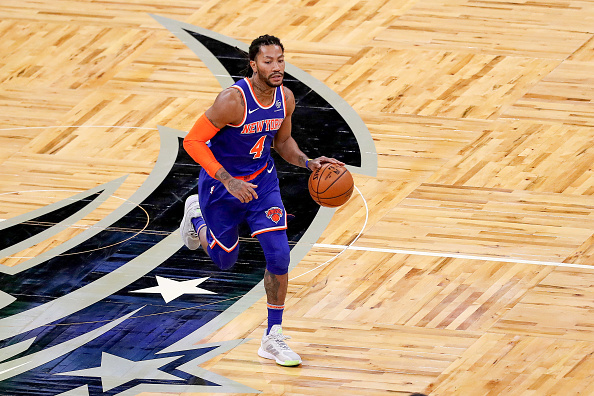 After shooting 5-for-27 in a three-game stretch, Rose rebounded in his last game against the Warriors and had 16 points, eight assists, four rebounds and shot 6-for-15 from the field in 27 minutes for 37.5 DK points. Rose is more appealing because Elfrid Payton (hamstring) is listed as doubtful and if he's out, it means a bigger role for Rose against the Kings, who allow 119.9 points per game and rank last in defensive efficiency.

The Nuggets only played eight players on Tuesday due to injuries and they will remain thin tonight. Campazzo will benefit and he has played at least 25 minutes in six straight games, including at least 27 in the last three. He has at least 20 DK points in all six games and could hit his ceiling game against the Wizards, who allow 119.9 points per game, play at the fastest pace and the game total is 238 points.

It's a good sign Adams returned from an ankle injury and played 31 minutes last night against the Pistons. He had 14 points, 15 rebounds, three assists, two blocks and one point for 44.25 DK points. He has at least 26.25 DK points in his last three games of playing at least 24 minutes. The game total is 242.5 points and the Bucks have been struggling to defend centers.

As long as Jrue Holiday is out and he's listed as doubtful, Augustin can help save salary until more value opens up. He has played at least 24 minutes in the last four games and has at least 21.9 FD points in two of them. The Pelicans are one of the worst defensive teams in the NBA, are playing for the second straight night and the game total is 242 points.

Carter-Williams has played at least 27 minutes in the last six games since returning from injury. He has at least 24.3 FD points in four of those games. Carter-Williams has a 21.8-percent usage rate and the Nets play at the sixth-fastest pace and rank fifth-worst in defensive efficiency.