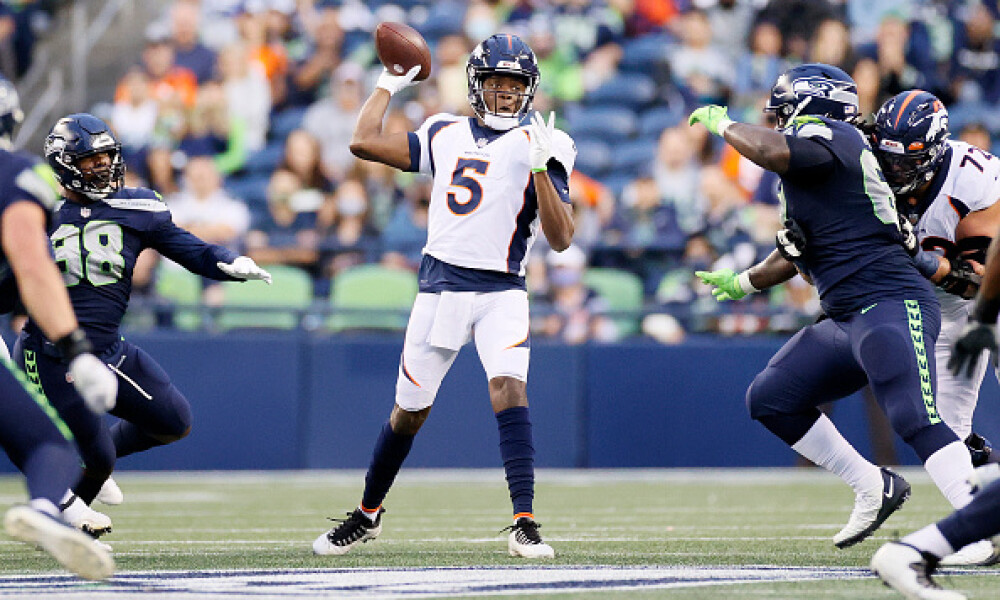 The big news from Wednesday was a trade with the Patriots sending running back Sony Michel to the Rams for a conditional 2022 fifth and sixth round picks. Michel was a first round pick in 2018 and started his first two seasons, but injuries limited him to nine games and only 79 carries last season. Michel has looked good in the preseason and was involved in the passing game. The Rams have Darrell Henderson as their main back, but durability has been a question mark and he has a thumb injury. Henderson will likely fall a round or two in drafts. Michel was undrafted in many leagues and will move to the middle rounds. It remains to be seen how the Rams divide up the backfield. Henderson and Michel will both see touches and it could be a hot hand situation. Michel has a history of knee issues going back to high school when he tore his ACL and in his left knee he has a bone on bone condition. The Patriots were likely going to cut Michel since they have Damien Harris, James White, Rhamondre Stevenson, J.J. Taylor and Brandon Bolden. Harris will be the primary back, but won't be catch a lot of passes. Stevenson becomes a late-round pick.

All off-season, the battle for the Broncos starting quarterback appeared to be 50-50. The Broncos finally named a starter on Wednesday and it's Teddy Bridgewater making Drew Lock the backup to begin the season. Bridgewater tends to be conservative, not taking many shots deep, but he's accurate and it benefits Jerry Jeudy, who has had a great preseason. Bridgewater did support three wide receivers last season in Carolina even with a tough schedule and the Broncos open the season with the Giants, Jaguars and Jets. Bridgewater is an excellent QB3 in super flex leagues and could be streamed in the right matchup.

While many starters won't play this weekend, Joe Burrow will play limited snaps for the Bengals this weekend in the final preseason game. Burrow tore his ACL in Week 11 last season and this will be his first time in a game since. Burrow reportedly struggled mentally early in camp, but he has been better since. It will be good to see Burrow on the field. His ADP has dropped in recent weeks and if he looks good, it will rise.

Dak Prescott has started to fall in recent drafts due to concerns about his shoulder injury. The Cowboys remain confident he will ready to play the opener on Sept. 9 in Tampa Bay. Prescott took 18 snaps in the 11-on-11 period and hit 11 of 12 passes, including a few 20-yard passes. While there is risk with Prescott, he's still worth drafting due to the high ceiling of the offense and it's easy to take a backup to cover the potential for injury.

It has been a quiet preseason for Curtis Samuel. The Washington wide receiver opened training camp on the PUP list on the COVID-19 list and was also dealing with a groin injury. He has been off the PUP list for more than a week, but hasn't practiced. Coach Ron Rivera said he's optimistic he will practice some time next week. Samuel knows the system well, but hasn't had many reps with Ryan Fitzpatrick. Samuel has moved down my draft board.

In one of the biggest shocks of the preseason, the Jaguars named Trevor Lawrence the starting quarterback. If you can't sense the sarcasm, you haven't been following the news. Coach Urban Meyer tried to tell us there was a competition for the position when everyone knew the No. 1 overall pick was a lock to start. He's a fine QB2 who should pass often and add some yards on the ground.

Marvin Jones sprained his AC joint in Monday's preseason game and it's considered to be a minor injury. Jones is expected to be ready for Week 1 after becoming one of the top receivers in the offense. Jones is familiar with the system since he played under offensive coordinator Darrell Bevell in Detroit. Jones has been moving up in drafts and has scored at least nine touchdowns in three of the last four seasons.

Quez Watkins went from someone undrafted to being taken in the late rounds of deeper formats. Watkins has been playing the slot in three-wide sets. Watkins credits his route running being more precise due to working with Falcons wide receiver Calvin Ridley in the off-season. Greg Ward was expected to be the slot receiver, but Watkins has overtaken him.