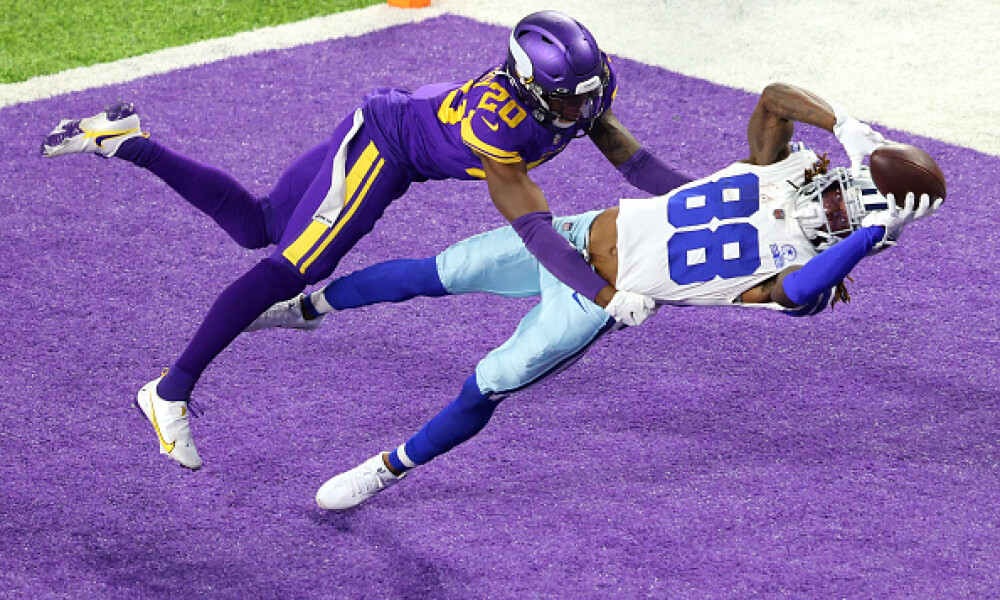 If you follow my work or know me for a while, my Cowboys fandom is obvious. How does someone who grew up in New York become a Cowboys fan? It has nothing to do with the Super Bowl wins in the 1990s.

I became a fan in the late 1980s and didn't have a team at the time. My neighbor was a big brother to me and influenced me to be a Cowboys fan. I was already a Mets fan growing up in Flushing, Queens and a New York Rangers fan since my father, who passed away when I was four, left behind memorabilia and had season tickets. I didn't have a football team and my neighbor introduced me to the Cowboys and I have been a fan since. If there's a rule you need to be a fan of a team in the city where you're from, send it to me. I never got the memo.

As for the 2021 Cowboys, expectations are high from a fantasy perspective. The Cowboys offense was explosive the first four weeks of last season when Dak Prescott played. They averaged 423 passing yards per game. When the team is healthy, they produce a lot of points and a bad defense enhances it. The Cowboys rank first in plays per game under offensive coordinator Kellen Moore, who took over in 2019. Prescott is coming off an ankle fracture and has been limited in training camp with a shoulder strain. Prescott finished as the No. 2 fantasy quarterback two years ago and was on pace for another top finish last season. Prescott is starting to fall in recent drafts and while there's some risk, getting him in rounds 6-7 while getting a backup can be worth it.

Ezekiel Elliott has declined the last two seasons and has a lot of touches in his career going back to college. Last season was mainly due to the absence of Prescott, bad quarterback play and a multitude of offensive line injuries. Elliott had COVID-19 and wasn't in the best shape. He looks much better and will get a big workload. In the four full games with Prescott last season, Elliott had four touchdowns and caught 23 passes. With big volume and scoring opportunities, Elliott can go as early as third overall. Tony Pollard is one of the most valuable handcuffs, but he goes earlier than most handcuffs.

CeeDee Lamb is getting a lot of hype and has gone in the second round of some recent drafts. Lamb has been getting rave reviews in training camp and the Cowboys being on Hard Knocks is only adding to the hype. Lamb will play more snaps as he will also be used on the outside more. Lamb was a Top-15 receiver when Prescott was healthy. Lamb had 29 targets in the four full games with Prescott.

There was some concern with Amari Cooper since he had ankle surgery in January and the recovery was slow, but he is back and played in the second preseason game. Cooper has been excellent when playing with Prescott. Cooper had 53 targets in the first five games last season, which was second in the NFL. Prescott targeted Cooper 52 times and Lamb 38 times. Gallup is the cheapest and a great target. In less competitive leagues, he will be a bargain. Gallup was near the top of the league in snaps played and will be used more in the slot this season. He averaged 68.8 yards in the four full games with Prescott. Gallup is the deep threat in the offense.

The tight end position could present value, but Blake Jarwin and Dalton Schultz could hurt each other. Jarwin tore his ACL in Week 1 last season and Schultz was impressive in the absence of Jarwin. Schultz finished as the TE14 without Prescott most of the season. Schultz had 89 targets and caught 63 passes for 615 yards and four touchdowns. Keep an eye on how this battle plays out and one could emerge as a waiver wire add early in the season.