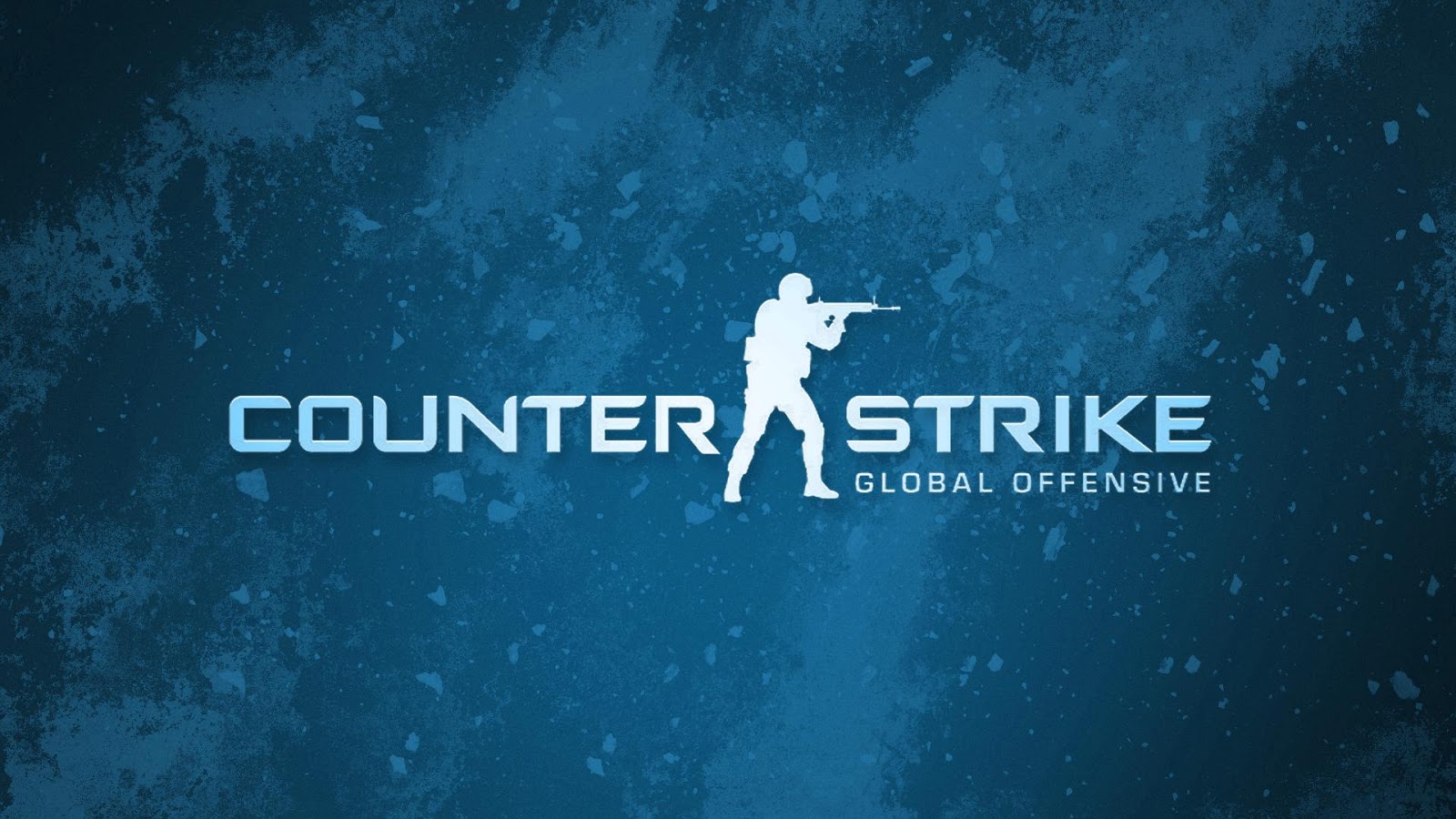 First, before we jump into how the daily fantasy side of Esports works - specifically for Counter-Strike: Global Offensive, let us first describe how the game is played in detail for anyone new to all of Esports.

How the Game is Played - CS:GO:

In competitive Counter Strike, there are organizations who own teams of 5-6 players. Most of these can be found with the most prominent, larger names in the industry like Cloud9, Evil Geniuses, Liquid, ect. The game is started off by doing what is called a map ban and pick. There are seven total maps that are only used for Professional play (there are over 15 or so maps total on the game itself outside of Professional play). These maps include Dust2, Mirage, Inferno, Nuke, Overpass, Train, and Vertigo. With that being said, each team selects a map to "ban" (meaning they will not play on this map for this match), and they also pick a map to play on. With most of the top-tier Events, you get a best of three format, which means that there is a third map that potentiall can come into play if both teams win one map a piece. This third map is called the "Decider" map and will be the final map played in the event that both teams win one map a piece. The "decider" map is usually the only map remaining after another series of bans after the first two map choices are selected by each team.

Example: Let's say we have Astralis playing Liquid today. First, Astralis bans Mirage, and Liquid bans Train. Next, Astralis chooses Inferno as their map choice, and Liquid chooses Dust2. Now, we have three maps left and both teams will ban one more and the last map standing will be labled the "Decider" map. The tough part about trying to predict maps is that you don't always know what team gets to ban first, or pick their map to play first. Lots of teams like to play to strengths in maps, others like to play against their opponent's weaknesses in terms of maps, so it is actually a pretty vital aspect of the game when making map selections.

Moving along, so now that we have gotten through the map ban/picks, the next thing up is to hit the server for the first map of play. Each team will either start on what is called the "CT" side or the "T" side of the map. Every map has two bomb sites - an A bomb site and a B bomb site. The objective of the "CT", or "counter-terroist" side is to defend the bomb sites. The objective of the "T" side, or the "terrorist" side is to get the bomb planted on either the A bomb site, or the B bomb site of said map. Every map is set for 30 rounds. Meaning that 15 of the rounds are played where a team is the "CT" side, and 15 are played as the "T" side. However, this doesn't always go that way. The 1st round and the 16th round are what are called "pistol" rounds, and these rounds are pretty important as it starts to set an "economy" for both teams heading into the later rounds.

The economy refers to how much money each player has after a said round to invest back into buying guns, armor, grenades, molotoves, flash-bangs, defuse kits (if on "CT" side) and so on. These all cost different amounts of money, and purposely in return pay back money to the player for gaining kills with a certain gun, grenade, or molotov, etc. The point of the economy is very complex, as it is one of the more strategic aspects of the game as teams must manage their economy thoughout the map to sustain any advantage over their opponent and vice versa. You will commonly hear and see teams get "eco'ed" and generally what this means is that they have lost a few rounds in a row and didn't gain any kills (or a bomb plant for the "T" side, as this gains you cash for the economy, as well) and now their economy is in the tank and they likely have to play a few "economy rounds" to get their money back up to be able to do a "half" or "Full" buy round, in which allows the players to get most of the guns and utility they generally like playing with.

How Does a Team Win The Game?:

So, how does a team win? The winning team must reach a round total of 16 wins, while winning by at least 2 rounds. So, 16-14 is a "perfect world" scenario, BUT this can likely end of in any combonation as long as the winning team reaches 16 rounds. It could be 16-4, 16-10, etc., but the team wins at the 16th round won. If somehow a team is on "match point" after their 15th round win and their opponent also reaches 15 round wins (score is 15-15), then we go to the first Over-Time. Within the first OT, the winning team must secure a 19-17 result or better. Once again, winning by two rounds. If the first OT reaches 18-18 result, there will be a second OT, and so on.

Now, we have reached the fun part! How do players gain fantasy points? DraftKings and FanDuel have some similarities in their scoring systems for CS:GO, and a couple differences, as well. So, the main scoring attributes are a Kill (+1.5 points), an Assist (+1 point), and Deaths (-1 point). For the bonus attributes, multi-kills resulting in four kills in a single round (quad) by a single player and five kills in a single round by one player (ace) result in an additinal three points for a quad kill and an additional 5 points for the ace. There is also a term referred to as an "entry kill" and that is the first player to record a kill in a round, and this is rewarded with an extra +0.5 points on top of the 1.5 points for the kill. Other bonus attributes include what is called a "clutch". A clutch is defined as a round won by a single player when going up against at least 2 or more opponents. So, with that said, if a single player is left agaisnt 3 opponents and then either wins the round by killing all three, or defusing the bomb (any scenario where that single player's team wins that said round), then they get a bonus for a "1v3 Clutch", and are rewarded an extra 2 points. If it is a 1v2 it is +1 point, if it is a 1v4, it is +3 points, if it is a 1v5, it is +5 points (not counting the quad kill bonus and ace kill bonuses on top of the 1v4 and 1v5 clutches). On Fanduel, they also award +0.2 points for a headshot, or when a player makes a kill directly by shooting in the head.

Not only do indivuduals score fantasy points, but players of certain teams can also gain team fantasy points by "sweeping" a match, meaning that they win both first maps selected by both teams, resulting in a 2-0 decision. When this happens, each team gets what is called a "rounds not played" bonus, and that is a +0.5 point for every round that was not played. So, with there being a set 30 rounds in every map, if they don't have to play the third map, each team gets 15 points for that third map not played. This is also true if one of both of the maps played didnt result in a full 30-rounds.

Example: If Astralis beats Liquid 16-10 on map 1, and 16-14 on map two. This will equate to four rounds not played, as the first map resulted in 26 rounds, while map two went the full 30. Both teams would also receive the "RNP" bonus of 15 points each for not having to play the third map. There is also a "match sweep" bonus, and it is different for both sites. DraftKings rewards on the winning, or "sweeping" team with +5 points for all players on that winning team. On FanDuel this point total rewarded is 15 points for the sweep. FanDuel also rewards +1 point for every round won, and -0.5 points for every round lost by either team, and they also award +10 points for "Match won".

In general - depending on the slate size will dictate what formats or construction rules I obide by for building DFS lineups for Counter-Strike. For one, it is the Captain/MVP format where you have to choose a captain slot and then flex spots. The captain spot gains 1.5 points where the regular flex is just standard 1 point even. On slates with 2-3 matches, I like to stick to two main constructs - 3x3 and 3x2x1. So, what does this mean? In a 3x3, I am using three players from my favorite team in one match, and I am using my three favorite players from another team in match 2. If I am going 3x2x1, I am using three as my "main" stack for my favorite team to win that day, and then I am using 2 players from match two and one player from the opposing side of match 2. When the slates get to 4 matches or more, you can start to widen your constructs into added 2x2x2, 2x2x1x1, 2x1x1x1x1, and so on and so forth. Only times that standard constructs rules change is if the format is NOT a best of three format, or there are 4+ matches on the slate.