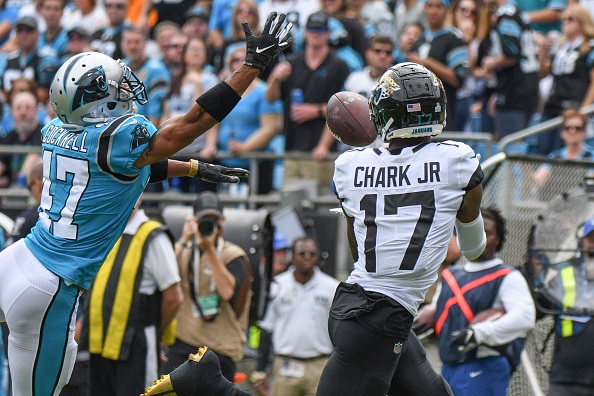 Welcome back to the NFL Injury Report brought to you guys by Fantasy Alarm. We have reached Friday of Week six heading into the weekend of games for the 2020 NFL season. Still some important injury statuses that need to be noted and kept monitored over the weekend, so let’s see which ones those are!

If you have not heard yet, Dalvin Cook has been ruled OUT for the Viking’s Sunday home game against the Falcons. This was pretty much already expected with the fact that the Vikings have a bye week in Week seven, so the team being cautious with their star RB is no surprise here. Cook will take an extra week including the bye to get back to full-strength before returning Week eight against the Packers.

This is typically just a cautious “q-tag” thrown onto a player during this time of the year with illnesses becoming more prevalent in the fall time. Should be the same case here with OBJ, however, Beckham Jr. was required to get tested for Covid-19 as well, so awaiting this test result could take a day or so. Hopefully, there is no issue and as long as the reports come back by Saturday, and are negative of course, OBJ will be eligible to play in Sunday’s game against the Steelers. May just want to keep an eye on reports of those test results over the weekend heading into Sunday.

Chark Jr. sat out pretty much the whole fourth quarter of the Jag’s game last Sunday against the Texans and was only able to get in just Friday of limited-participation practice for this week as well, so his status for Sunday’s tilt against the Lions is now in question. He rolls into the weekend with a “questionable” tag and seeing as how he was at least able to be limited in practice on Friday, this is a positive sign for his availability for Sunday. However, this could literally turn into a game-time type call if Chark Jr. will be able to go or not, so we will most likely need to wait and see. Good news is that this game is an early start, so we should have this news before the first set of games begins.

Not going to beat around the bush here, but reports are saying that Gordon was sent home from practice on Thursday with an illness, although we saw he was arrested for DUI on Tuesday as well of this week. This very well could be a situation much like Beckham Jr. where he will also have to get tested for Covid-19, and thereafter will hopefully get the results on Saturday. Once again, good news for this situation because the Broncos take on the Patriots in the early start games as well, so we should hopefully have his status report by Saturday hopefully, but if not, Sunday looks promising.

I have avoided putting Edelman in the injury report over the last two-to-three weeks simply because he plays every week after having a questionable designation each week. However, this weekend is a bit different. The Patriots closed down their team facility on Friday and this could easily once again place this game in danger of playing, seeing as how it was already moved once. With this being said, as long as the game plays, I don’t think Edelman is in any danger of missing.

Fant is being officially listed as “questionable” heading into the Bronco’s match against the Patriots on Sunday. It was reported by Head Coach Vic Fangio that Fant is “50/50 to suit up on Sunday.” We can pretty much list this one under the “game-time” column and check back on Sunday before the game to see if Fant will be taking the field of not. Fant was a limited participant in most practices this week, so at least this seems to be a positive trend to say the least.

Really don’t believe this is anymore than just some extra soreness or aches that are typically normal for athletes after a quick turn-around like the Titans are somewhat doing this week, being as they played on Tuesday night. They do have the early game on Sunday as well, so this isn’t your usual Monday to Thursday turn-around, however, it is still less time than usual between a Sunday-to-Sunday game time-frame. Either way, Jonnu was limited both Wednesday and Thursday, but reports were showing positive signs with him being able to ramp up his speed and intensity during Thursday’s practice, so it seems as if Jonnu will be good to go on Sunday.

It seems that the ankle ailment that Fournette suffered two weeks ago is still lingering around for him. Fournette was indeed “active” for the Buccaneer’s last game against the Bears, but he didn’t see the field and was also only listed as an “emergency only” back for them. Now, he is back on the injury report once again with the same ankle issue, and he is potentially looking at another week because of it. Shady McCoy was cleared to return this week, so given the fact that the Buccaneers have three backs that can go at the moment, it wouldn’t be shocking to see them give Fournette another week off (or at least active-off?)

Johnson was hit in the back in Week five’s match against the Eagles during the first quarter and was not able to return for any of the remainder of that game. This same back issue has now held him out for Week six, and Johnson will miss his second week out of his last three. Hopefully, it is just a one-week absence, and Johnson can be cleared for a return.

Perriman was able to meet all practices this week for the Jets in limited-action, but the important thing here is that he was able to take the practice field in all practices. Head Coach Adam Gase feels optimistic and expects Perriman to take the field against the Dolphins on Sunday. Obviously, this Jets offense could use all the extra skill-players back as much and quickly as possible, however, we will still need to keep an eye on his status heading into Sunday to make sure he is a go.

Reports out of Brown’s practice on Friday suggest that Head Coach Vic Fangio is seeing the right things out of Drew Lock in terms of how close or ready he is to making a return for the Bronco’s Sunday tilt against the Patriots. Fangio also mentioned and made note that the reason Lock is listed as “questionable” is simply because the NFL does not allow a “probable” designation anymore, so listing as “questionable” is as close as he could get. Good signs pointing up for Lock on taking the field on Sunday.

Mayfield took a shot to the rib-cage in last Sunday’s game against the Colts and is being listed as “questionable” now heading into the Brown’s Week six match against the Steelers. However, it was reported that Baker looked “good” during his throwing on Friday’s practice that was open to the Media, so this presents good signs. Mayfield was also reported to be “trending in the right direction,” so this likely tells us all we need to know heading into Sunday.

What a coincidence? Both Landry and Mayfield are both questionable with rib injuries for the same game and on the same team? Not really a coincidence I suppose, but Landry is also looking a bit worse than Mayfield in this regard. Landry was only able to make it to one day this week for practice, that being on Friday and he was a limited-participant. As always, the out-look from the coaching staff on Landry’s status are optimistic, and they feel that Landry will always make a push to take the field. We shall still monitor his status going into Sunday.