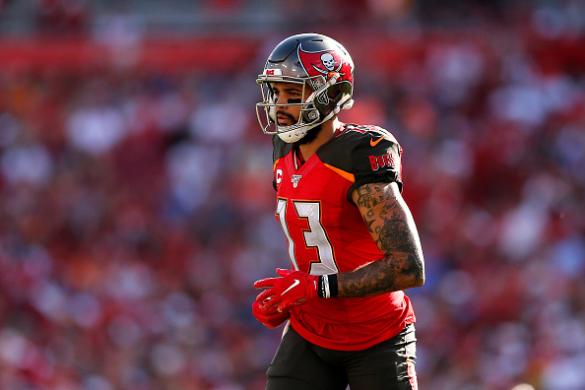 We are finally into Week 1 of the NFL season and I am going to detail some of the injury news that you guys should be keeping in eye on heading into this week’s slate of games!

Cooks is currently listed as “questionable” to take the field for the Texan’s opener on Thursday night, and this could be a huge blow to the Texan’s offense. Cooks only put in a limited practice on Wednesday after not touching the practice field on Tuesday. Although it is slightly encouraging to see him log at least “some” or “limited” practice, this doesn’t exactly mean he is out of the woods for playing on Thursday night. This is one we need to keep an eye one, as some key players could get some benefit If Cooks is indeed held out. Those players could be Will Fuller , Randall Cobb , and even Kenny Stills could get some extra snaps in this event.

Mike Evans literally hit the injury report on Wednesday afternoon after not seeing the practice field on Wednesday at all with what the team trainers are calling a “soft tissue hamstring injury.” Obviously, we have seen this type of scenario plenty of times in the prior seasons where a player sits 2-3 days of the practice week, suits on for a limited practice on Friday heading into the weekend and still plays on Sunday, however, Head Coach Bruce Arians mentioned that this decision on him playing or not “will go all the way to the wire.” So, take that as you will, and keep an eye on the status of Evans heading into the weekend.

This likely is just a precautionary ordeal, however, the migraines that Mixon have been dealing with over the last few weeks have been a factor of him not being at practice, or these migraines could be a factor of him looking over his newly signed contract just a bit too long and hard. Either way, it is a status worth monitoring as the Bengals look to take on the Chargers on Sunday. It is worth noting that Mixon, although not participating in practices this past week, he was a spectator at more than a couple, so this is definitely a plus for his status heading into the weekend. Keep an eye out.

Not what you would like to see heading into the Eagles game against the Washington Football Team, but at least Sanders was a limited participant in Wednesday’s practice. Hamstring injuries could turn up to be some of the worst kinds of injuries, and they could hamper and nag for quite a while, so although it may seem like he will be good to go, will we actually know if he is a full 100% healthy heading into Sunday’s game? Hopefully, we will have much more clarification by week’s end on his status.

Lots of hamstring tightness and soreness heading into Week 1, and that is typical after having hard training days in camp. Parker’s situations seem to be identical to many of the other’s listed here already, as he was a limited participant in Wednesday’s practice, however, he did suit in full pads on Tuesday, so things are absolutely looking up. The Dolphins are already lacking in their WR corp, so Parker’s status will be a major one heading into the weekend. It is worth noting that Tuesday’s full-pad practice was just Parker’s first time on the practice field in almost two full weeks, so keep that in mind, and we hope to have more clarity for him as well come the end of the week.

Reports out of Chicago have said that Montgomery’s groin injury sustained in training camp just a few weeks ago was more exaggerated by the media than it really was officially. Montgomery was more so looking at sitting in Week 1 for the Bears just a few days ago, and now he is out on the practice field stretching and doing individual drills on Wednesday. His status for Week 1 is still somewhat up in the air at this current time, but his being present at practice with a few days left before the Bear’s opener, it is for sure a positive sign. We will see how far his practices reach by the week’s end, and hope we get some better feel for his status on Sunday.

With the signing of veteran soon-to-be Hall of Famer Adrian Peterson , this more than put a stamp on the fact the Swift would more than likely not be ready for the opener in Week 1 for the Lions against the Bears. Swift was a limited participant in Wednesday’s practice, after being limited or less over the past couple of weeks being nagged by the hip injury he sustained in training camp. Swift was looking very promising to have a significant role in this Lion’s backfield just three or so short weeks ago, and now with this hip injury, we could likely see a heavier does of both Kerryon Johnson and Adrian Peterson in Week 1.

Surprise, surprise, another tender hamstring in practice for another player going into Week 1 in Henderson Jr. Darrell hasn’t been a participant in practice since August 22nd but has been seen getting his conditioning in on the sidelines, so he is staying active which is a plus. Reports out of LA Rams practice on Monday stated that Head Coach Sean McVay is very optimistic that Darrell will be able to step on the field for the Ram’s opener against the Cowboys. This is another big status to watch, in the event that Henderson Jr. doesn’t take the field, this could put some added work onto both Malcolm Brown and newly drafted running back Cam Akers.

Williams is being listed as a “game-time decision” heading into Sunday’s tilt with the Bengals, but more of the reports out of practice have been that he likely may not suit of up even a couple of more weeks. Williams went down in practice around late August with a shoulder sprain and was reported to likely be out 2-4 weeks. There are literally no reports of Williams partaking in any practice, yet there is optimism from the team’s Offensive Coordinator Shane Steichen suggesting that he feels Williams does have a shot to play in Week 1, which would be a huge boost to the outside WR presence for veteran QB TyRod Taylor . This is a status that we will definitely need more clarification on come Friday heading into the weekend.

You guessed it, another hammy. Aiyuk has been hampered by a hamstring strain from the end of August and did not practice on Monday or Tuesday. We have yet to be given a report of Wednesday’s practice, but the out-look heading into Wednesday was that he would not practice, however, there was a “chance.” With second-year stand-out WR Deebo Samuel still working his way back from a foot injury and his status not looking all that great heading into Week 1, the Niners could potentially be without both of these young stud receivers, which would put quite the strain on the efficient Niner offense. Both Samuel and Aiyuk’s statues will need to be monitored heading into the weekend. 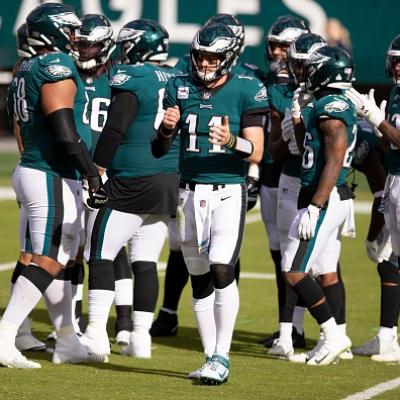 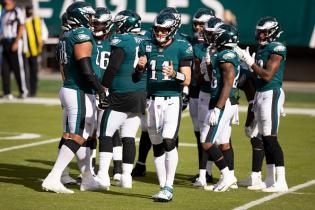 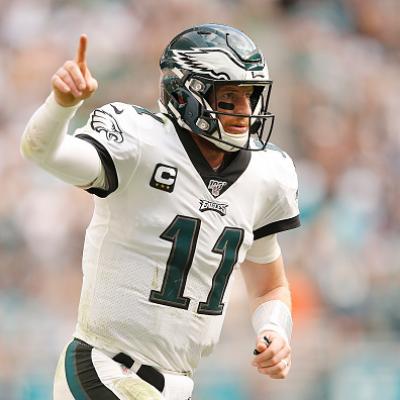 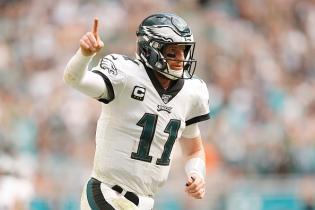 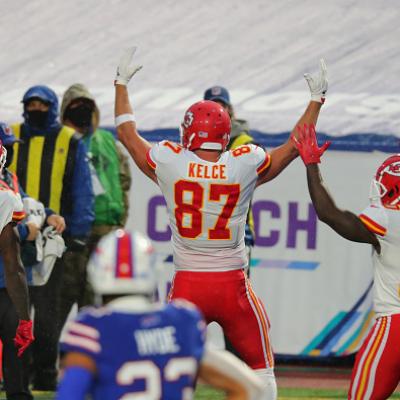 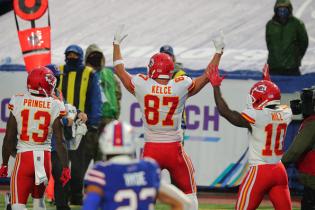 NFL Jeff Wilson gets in another 'limited' practice

NFL Sterling Shepard (toe) up for Week 7 vs. Eagles

D. Hopkins - WR
ARI1
DeAndre Hopkins (ankle) remained sidelined at Thursday's practice.
This would normally be cause for alarm, but Hopkins turned in three straight DNPs before suiting up in Week 4. His practice reps will be rationed all season. Hopkins is a no-brainer top-three WR1 for Sunday's dream matchup with the Seahawks.
Added 8:59 pm (EST)
Added 8:59 pm (EST)

D. Henderson - RB
LA1
Darrell Henderson was held out of Thursday's practice with a thigh injury.
As did Tyler Higbee (hand). It's a new injury for Henderson. It's quite possible the Rams are just limiting Henderson's reps ahead of Monday's game against the Bears, but Friday's practice will tell the tale. A "limited" session will have Henderson on track to play. Another DNP, and he will be on the wrong side of questionable. Keep Cam Akers and Malcolm Brown on Week 7 speed dial.
Added 8:09 pm (EST)
Added 8:09 pm (EST)

T. Higbee - TE
LA1
Tyler Higbee (hand) was held out of Thursday's practice.
It's a new injury for the TE18 by average points in half-PPR leagues. It's likely just early-week precaution with the Rams playing on Monday night, but Higbee's Week 7 cannot be taken for granted. Higbee's absence would thrust Gerald Everett into the TE1 discussion, but it would be far from surprising to see Higbee return and earn a "limited" tag on Friday.
Added 8:07 pm (EST)
Added 8:07 pm (EST)

J. Wilson - RB
SF1
Jeff Wilson (calf) remained "limited" in Tuesday's practice.
Wilson is on track to return after missing Week 6, though it's not a guarantee until he either gets in a full session or coach Kyle Shanahan tells the media he will play. Wilson's status has taken on increased importance with Raheem Mostert (ankle) seemingly headed to injured reserve. If Wilson can't go, it would likely fall to UDFA JaMycal Hasty to take the lead on early downs, though it could still be Jerick McKinnon. If Wilson plays, it could be a three-man rotation. Wilson is unlikely to be a compelling FLEX option against the Patriots.
Added 7:07 pm (EST)
Added 7:07 pm (EST)

D. Chark - WR
JAC1
D.J. Chark (ankle) remained "limited" in Thursday's practice.
We would love to see Chark finally get in a "full" session, but his Week 7 status is not in doubt after he drew 14 targets in last Sunday's loss to the Lions. Chark has the upside for so much more, but his current health status and inconsistent output have left him as a mid-range WR3 for the time being.
Added 7:05 pm (EST)
Added 7:05 pm (EST)

L. Johnson - OT
PHI
Eagles RT Lane Johnson (ankle) is active for Week 7 against the Giants.
Battling ankle issues all season, Johnson was forced to sit out in Week 6. Nothing has really changed with his overall outlook — Johnson remains at weekly risk of re-injury — but his presence for any amount of snaps is a huge boon for the Eagles' beleaguered offensive line. Johnson will be trying to create running lanes for Boston Scott and Corey Clement, as Miles Sanders (knee) is sidelined.
Added 7:02 pm (EST)
Added 7:02 pm (EST)

D. Jackson - WR
PHI1
DeSean Jackson (hamstring) is active for Week 7 against the Giants.
As is RT Lane Johnson (ankle). Jackson is suiting up for the first time since Week 3. Battling injury all year, D-Jax had a modest 10 receptions for 121 yards in three games before going down. In his absence, Travis Fulgham has somehow emerged as the Eagles' No. 1 wideout. Injury skepticism is warranted, but D-Jax provides a desperately needed deep threat for an offense that has been close to off the rails all year. Jackson has a zero-point floor, but offers major upside as a WR4/5. Inactive for the Eagles are RB Miles Sanders, DT Malik Jackson, OT Jack Driscoll, S K'Von Wallace, WR Quez Watkins and QB Nate Sudfeld.
Added 6:54 pm (EST)
Added 6:54 pm (EST)

S. Shepard - WR
NYG1
Sterling Shepard (toe) is active for Week 7 against the Eagles.
It will be Shepard's first appearance since Week 2. With Evan Engram and Golden Tate both struggling to produce in the Giants' pop-gun offense, Shepard's return will be a big deal opposite Darius Slayton. Of course, a big deal for the G-Men will create less of an impact in fantasy, where Shepard must be treated as a wait-and-see WR4 after his long layoff. Provided he avoids setbacks this evening, Shepard will then have 10 days to get fully locked and loaded for Week 8 vs. the Bucs' tough defense. Inactive for the Giants are WR CJ Board, CB Darnay Holmes, S Adrian Colbert, OT Jackson Barton, TE Eric Tomlinson, DE RJ McIntosh and DE Jabaal Sheard.
Added 6:42 pm (EST)
Added 6:42 pm (EST)