Sean Mitchell brings you the top value plays to build your lineup around for this afternoon's main slate! 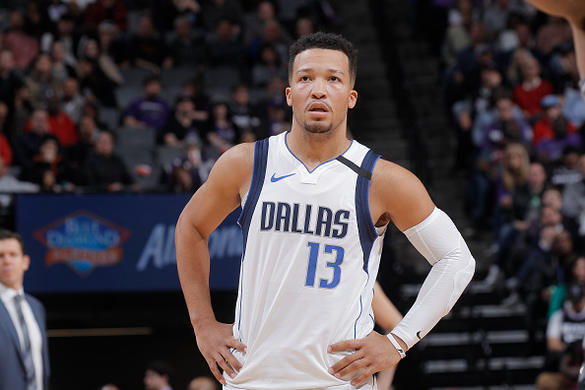 Happy Friday, FANation! Welcome back to another edition of the Fantasy Alarm NBA DFS Value Vault! Hope you are enjoying your day so far, and boy do we have quite a bit of value on tonight’s slate!

1. Grant Williams ($3,800)- We thought that Kanter would hopefully see the lion’s share of minutes with Theis still out for Boston, but that was not the case. However, Kanter did see a slight up-tick in minutes, as he played 25 last game, but Grant Williams has played all the other minutes left-over in the past two. GWill has now seen 22 and 25 mins over his last two, has also notched out 29 and 28.5 DK points over those two as well, and gets another match up here tonight against the Hawks, who are allowing the 2nd most DK points to that Center spot over their last 10. Nice value once again here on Grant tonight.

2. Mike Conley ($5,400)- I am aware that Conley is a bit cheaper on FanDuel, but he only has just one steal over his last few games, so I would rather use...

NBA Harden, Westbrook, Mbah a Moute not with team

E. Gordon - SG
HOU
Mike D'Antoni said that Eric Gordon has looked really good in his first two practices.
"He hasn't missed a rep. Looks good. Shooting the ball extremely well," he said. Take this one with a grain of salt though, as we just learned that James Harden and Russell Westbrook have yet to join the team in Orlando. Once that happens, Gordon should be pushed, somewhat, to the wayside.
Added Yesterday 10:44 pm (EST)
Added Yesterday 10:44 pm (EST)

J. Harden - SG
HOU
Mike D'Antoni revealed that James Harden, Russell Westbrook and Luc Mbah a Moute have not yet joined the team in Orlando but are expected by mid-week.
No reasons were given for the late arrivals but D'Antoni doesn't seem too concerned about it, saying they're all working out at "their home bases." He also didn't seem concerned about them missing the start of camp and said "These are things people are dealing with."
Added Yesterday 10:35 pm (EST)
Added Yesterday 10:35 pm (EST)

B. Hield - SG
SAC
Buddy Hield and Jabari Parker have joined the Kings in Orlando on Sunday.
Both guys will have to pass a couple COVID-19 tests in a 24-hour period to start practicing with the Kings. The Kings went full-contact on Sunday for their third straight day of practice and will have the day off on Monday. Hield and Parker will be a little behind once they're back on the court but it sounds like should be ready to go very soon.
Added Yesterday 7:21 pm (EST)
Added Yesterday 7:21 pm (EST)

T. Johnson - SG
FA
Nets guard Tyler Johnson arrived in Orlando on Sunday and will be quarantined for six days.
He wasn't with the team for personal reasons but should be good to go as long as he doesn't test positive for COVID-19 after the six-day period. He'll compete with both Chris Chiozza and Jamal Crawford for minutes, but isn't a lock to offer much DFS value if he's not starting and getting the bulk of the minutes for the depleted Nets.
Added Yesterday 5:59 pm (EST)
Added Yesterday 5:59 pm (EST)

R. Broekhoff - SG
PHI
Ryan Broekhoff announced on social media that he's not in Orlando with the 76ers because his wife tested positive for COVID-19.
Ryan added that his wife is considered high risk and that his focus understandably needs to be with his family right now. Our thoughts and prayers are with the Broekhoff family and we'll provide updates as they come in.
Added Yesterday 1:53 pm (EST)
Added Yesterday 1:53 pm (EST)

B. Hield - SG
SAC
Buddy Hield posted on social media that he's on the way to Orlando.
Hield told the Sacramento Bee earlier this weekend that he'd be arriving in Orlando soon, and coach Luke Walton indicated that Hield has registered two negative COVID-19 tests which means he should have the green light to join his teammates at practice in the near future. Hield was thriving in his new role off the bench prior to the pause, averaging 19.4 points, 2.7 dimes and 4.4 triples.
Added Yesterday 12:33 pm (EST)
Added Yesterday 12:33 pm (EST) 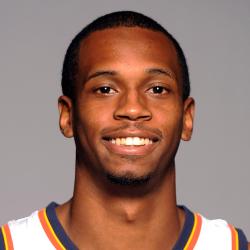 L. Thomas - SF
BKN
The Nets are closing in on a deal with veteran forward Lance Thomas.
Thomas has never been a fantasy option unless you're in a league with David Fizdale who once compared him to Draymond Green. The Nets have already added Jamal Crawford, Michael Beasley and Donta Hall for the restart so Thomas appears to be the fourth reinforcement. Beasley and Thomas could battle it out for the backup PF role behind Rodions Kurucs.
Added Yesterday 12:26 pm (EST)
Added Yesterday 12:26 pm (EST)

T. Herro - SG
MIA
Heat coach Erik Spoelstra said Tyler Herro looks "100 percent."
The rookie said in early July that he was a full go and the first practices have confirmed that with Spoelstra adding that Herro has been moving really well. As far as fantasy value, Herro is a shaky option for the time being given Miami's depth in the backcourt and his lack of box score production outside of points and triples -- he's averaging just 4.0 boards, 1.9 assists, 0.6 steals and 0.1 blocks in 27.2 minutes.
Added Yesterday 11:37 am (EST)
Added Yesterday 11:37 am (EST)