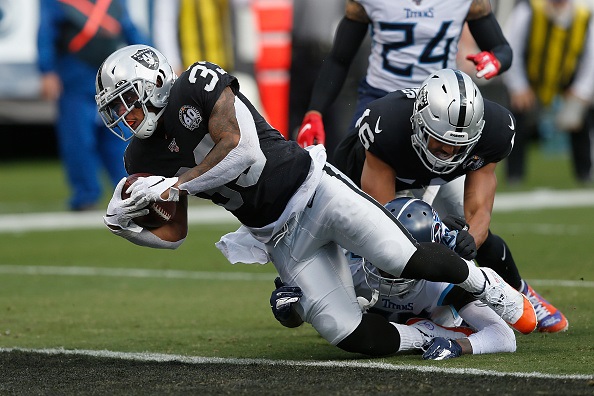 What is up, FANation! It is that time once again for the “In case you missed them,” Thursday Waiver Article! We are now heading into Week 16, where many fantasy football leagues are hosting their finals rounds, where some may still be in the semi-finals (for whatever reason, not exactly sure why). Either way, if you still have a hankering to get some adds on the wire, hopefully we can shine a little light on some spots for this week here.

Mitchell Trubisky (CHI-QB)- Coach Nagy has already said that the Bears will fully deploy all starters yet once again for Week 16, as they did in Week 15’s loss over the weekend to the Green Bay Packers. Trubisky was still highly productive in the loss, throwing for 334 yards through the air, but only through one TD compared to two INTs. I know it doesn’t sound lovely, yet he still has amassed 20 or more fantasy points in his last four games, with two of the four going for 31+. He gets a plus match-up this week against the Chiefs D at home.

Andy Dalton (CIN-QB)- Dalton fresh off likely he is worst game in the 2019-2020 season, and people are calling for Smokin’ Joe Burrow! Nonetheless, Dalton will more than likely start Week 16, even after throwing four picks last week against the Pats D. Hell, most teams throw at least 1-2 picks against the Pats D. HOWEVER, this week he faces a Miami defense that has struggled mightily all year to virtually every opposing position. Dalton is projected to top 20 fantasy points in this one, and I believe I must agree with the projections here. Hopefully, you don’t “have” to go here, but he is there if need be.

DeAndre Washington (OAK-RB)- IF YOU HAVE NOT SEEN, GO GET WASHINGTON. It has already been deemed that starting rookie RB Josh Jacobs WILL NOT play this Sunday against the Chargers in San Diego. Likely, if you are just seeing this now, you probably missed out, but if you are lucky and he is still left on the wire for whatever reason, be sure to grab him up, as he could easily be a RB2/Flex option this weekend. The last spot-start that Washington had for Jacobs, he accrued 21.60 fantasy points on 14 carries for 53 yards and a score, with ALSO seven targets, catching six of those balls for 43 yards in the passing game as well.

Tony Pollard (DAL-RB)- For one, if you have Zeke, you should already have Pollard on your bench- common rule of fantasy football. Two, if you don’t, you should have picked him up already to block Zeke, especially if you are not in your final’s week yet. We know playoff teams will start to sit starters once the playoff bids are locked, and the Cowboys still sitting atop the NFC East, will likely be looking to do so in the upcoming weeks as they prepare for the playoffs. Not to mention the fact that it seems the Boys already started this trend, as Pollard took 14 total touches last week for a total of 143 yards and a rushing score against the Rams in route to a Cowboys blow-out win 44-21. It is likely a result that Pollard played as much, due to the big lead, however, the Boys should still look to back-down the work-load of Zeke coming up.

Wesley Hills (DET-RB)- With Bo Scarborough still only limited in practice this week with his rib injury, we might have another instance where Wes Hills sees most of/many of the touches out of the Lion’s backfield. Wes played very well in a spot-start last week, as he saw ten carries in the place of Bo, only rushed for 21 total yards, but got ALL the red zone looks, as he punched in two short TDs on the day. Obviously, it seems Bo could/should return this week, but his status needs to be monitored going into Week 16’s tilt with the Broncos in Denver.

Steven Sims Jr. (WAS-WR)- Sims Jr. saw a team-high, and season-high in targets in last week’s loss to the Eagles. He saw 11 total targets in this one, only managed to haul in five on the day, but made it count, as he saw 45 yards through the air and caught a TD. With Paul Richardson Jr. hitting the shelf, this allowed a massive amount of playing time for Sims Jr., and this has also allowed him to see a total of 18 targets over the Skin’s last two games, in which Sims Jr. has notched out admirable fantasy point totals of 8.00 and 15.50 in those two as well. This week, the Skins get a lovely match-up with a NYG secondary that just DFA’d supposedly their “best” starting CB in Janoris Jenkins . Sims Jr. could be heavily involved once again.

Tre’Quan Smith (NO-WR)- Smith hasn’t been a huge volume receiver for the Saints, but he could be if needed. It is noteworthy that Smith has put up 8.0 or more fantasy points in three of his last four games with totals of 8.30, 10.90, and 9.10. This is highly influenced by that fact that he has caught a TD in all three of those four games as well, making his value highly dependent on a TD as well, but when you have Drew Brees throwing darts at you, you have a good shot. Again, highly TD-dependent, but with the looks he has been getting in the red zone over the last four games, it’s worth a shot if you need a value plug.

Albert Wilson (MIA-WR)- Al, along with Parker were ultimately not ruled out after both sustaining concussions in Week 14. Wilson showed up nicely for the Phins in Week 15. He saw a season-high in yards with 59-total through the air receiving. He was targeted eight times by Ryan Fitzmagic, catching five of those in route to his second double-digit fantasy point effort in his last three tilts. Wilson has seen 15 total targets in his last three, making him a viable spot-plug if need be this week as the Phins play host to the Cincy Bengals in Week 16. 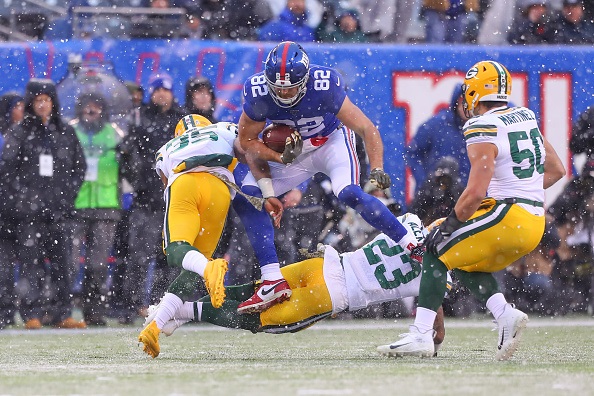 Cameron Brate (TB-TE)- Both Brate and O.J. Howard should see some significant looks this weekend as the Buccs “could” be without star WR Chris Godwin , AFTER already losing their other star WR in Mike Evans last week. We all know that Brate has always been a favorite target of starting QB Jameis Winston , so this makes this play that much intriguing. Brate has now seen 11 total targets of his last two games, catching seven of those for a total of 63 yards and saw a TD score as well in Week 14. Not the easiest of match-ups this week as the Buccs play host to the Texans on Saturday, however, it is still a nice streamer-spot.

Kaden Smith (NYG-TE)- With starting stud TE Evan Engram hitting the IR for the remainder of the season, that allotted all the starting pass-catching TE work to Smith. We are all very aware of the check-down king himself in Eli Manning , so just that notation alone makes Smith an appealing option at the TE spot this week. Kaden put up double-digit fantasy point efforts in both Weeks 12 and 13, before dropping the floor in Week 14 against a PHI D that is fair at defending the TE spot, but picked it back up last week with a modest 6.80 fantasy point out-put against the Phins. The Giants travel to Washington to take on the Skins on Sunday, and we know how rough the Skin’s D has been all season.

INDY COLTS – The Colts got absolutely obliterated on National TV on Monday night against the Saints, and that’s fine, because it is the Saints offense. However, it is worth noting that the previous four games before this one against the Saints, the Colts D/ST amassed 10, 10, and 11 fantasy points in three of those four matches. This week, the Colts return to Lucas Oil Stadium to play host to the Panthers, who recently benched their starting QB Kyle Allen for back-up Will Grier. Look for the Colts D/ST to get it in on Sunday.

ATL FALCONS – I have seen the Falcons being hyped as a value spot this week, and I believe I can agree with that as they will welcome in a Jacksonville team that has been…well bad, over their last 4-5 games. The Falcons come into Sundays tilt with the Jags fresh off back-to-back wins over the Panthers and the mighty Niners. Their D/ST played huge parts in these wins as well, as they put up 14 fantasy points against the lowly Panthers, and a surprising 11 fantasy points against the Niners. Look for them to continue this trend as they host a bad offense once again in Week 16.