Sean Mitchell brings you his top waiver wire adds for Week 14 of the fantasy football season! 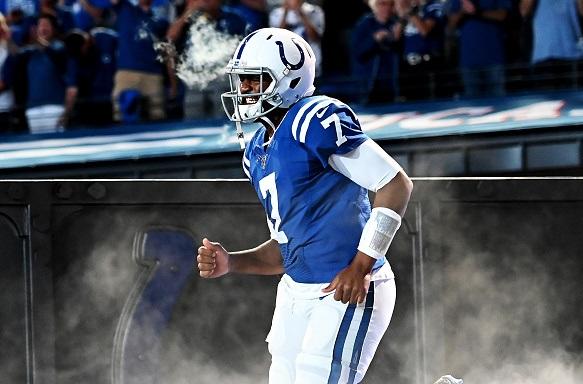 What is up FANation? We are back with another “in case you missed them” Thursday Waiver Article! Hopefully, everyone was able to snag up all their needs after Dan Malin’s Tuesday Waiver Article, but if you were not so lucky, let’s see where else you may can look to find some production for week 14!

Jacoby Brissett (IND)- Brissett and Co., will travel to sunny Tampa Bay to take on the Buccaneers this weekend, and this is absolutely a match up we will look to exploit in a streamer-type situation. Obviously, most QBs have already had their bye weeks, so this is purely match up based, but Brissett is a QB I may look to play over a few other options this week. We know how bad this Buccs D can be, and even though Brissett and the Colts took a loss last week at home to the hands of Tannehill and the Titans, he still threw for 319 yards on the day with a TD (must add two INTs). The INTs are not a usual aspect of Brissett’s game, and I think he can get back on track this week against TB.

Devlin Hodges (PITT)- Hodges makes my Thursday article for the second week in a row. Fresh off his first win in his first career NFL start over the Browns last week, Hodges could potentially be riding a high right on into this week’s game against the generous Arizona Cardinals defense. Duck was highly efficient last week, completing 14-of-21 passes for a modest 212 yards, recording both one TD and one INT on the day. The match up this week is a much better one than last week, as we know the Cards have been giving up tons of fantasy points alone to the QB spot.

Gus Edwards (BAL)- Edwards I believe has made this Thursday article at least 2-3 times in the last six weeks or so. He is a model of a decent floor for a back-up RB that sees a handful of carries on most days. He has received at least six carries or more in his last three games, while rushing for an admirable 191 yards on the ground over that span as well, but only recording one trip to the end zone. If you are in major need of a RB stream, I believe with what is left on the board, barring any major sits/injuries, Gus can be a reliable spot-start for at least SOME fantasy points.

Qadree Ollison (ATL)- With the backfield returning to a mess in ATL, Ollison has been quite the bright spot over the last two weeks. He has now recorded a trip to pay dirt in both of those last two, while seeing a total of 12 carries over that span as well. He has amassed 7.1 and 9.70 fantasy points in back-to-back weeks, but the rushing yards have been a bit worrisome, as he has only totaled 31 over two games. Not exactly involved in the passing game either, as he seen one target in both games as well, so we are merely looking and banking on a TD carry for this week if we must stream a RB.

Spencer Ware (KC)- Ware was basically recalled once again for this Chiefs team, as they deal with injury to starting RB Damien Williams once again. Rookie RB Darwin Thompson saw a decent amount of work last week later in the game, while Shady McCoy handled a lot of the early down work. Ware is just a stash for now, but he is one injury away from being in a lead role, once again for the Chiefs. 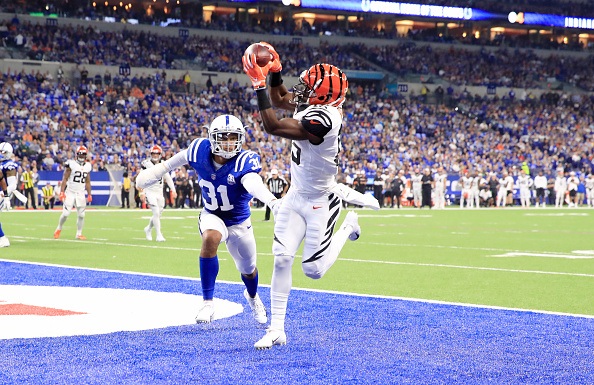 John Ross (CIN)- Ross has been cleared to practice and looks to suit up this week finally after being on the IR-list since week three. With the Bengals reverting to starting QB Andy Dalton last week, this makes Ross an even more intriguing flier play this week, and quite frankly he should jump right back into a meaningful role alongside Boyd and Auden Tate . Obviously, the only draw-back will be the fact that he is likely to only see a limited amount of snaps due to being off the field for so long, but he is worth picking up if you are still in the playoff picture, and could be a huge pick up in the next couple of weeks for the playoffs.

Allen Lazard (GB)- Lazard continues to hang around for the Pack, as there really hasn’t been much production from both Geronimo Allison , nor Marquese Valdez-Scantling over much of the season. Lazard is fresh off a three-catch, 101-yard performance with a TD against the Giants last week, good for 19.30 fantast points. Obviously, we should not take this too high into account, as this was quite an outlier week for Lazard, as he has only complied more than five fantasy points just once in his last three, and it being this game last week. However, we know Rodgers has expressed his interest in Lazard being on the field, so he should still have a nice role going forward.

Parris Campbell (IND)- Paris Campbell is coming back right at the best time. The Rookie stud WR has missed the last four games due to a hand injury. This couldn’t come at a better time as the Colts have also been without starting wide-out TY Hilton as well, also with Chester Rogers hitting the IR last week. The Colts will need his service in the coming weeks, especially if Hilton is not able to suit up. Campbell should be a pick-up if you have the spot, and potentially could be a start this week in most formats in such a good match up, and in the event Hilton sits once again with the calf injury.

Vance McDonald (PITT)- Vance got a smidge back into the mix last week against the Browns, seeing three targets, while catching all three for just a small 21 yards on the day. However, if you guys have been paying attention at all this year to the AZ D against TEs narrative, you also then know that this is the place that TEs go to get their happy dance back. The AZ D is the worst in the league at defending the TE spot, and this will make Vance make em’ Dance quite an intriguing option this week.

O.J. Howard (TB)- O.J. Howard giveth, and O.J. Howard taketh. This is merely a TE-stream pick, but he was involved again last week in the Bucc’s big win over the Jags. Howard saw a season high in catches, as he caught five balls on six targets for 61 yards and an 11.10 fantasy point performance. Obviously, this performance can easily be over-shadowed by his 2.0 and 0.00 fantasy point games the two weeks prior, but again, this is a LAST-RESORT TE play here in Howard.

HOUSTON TEXANS- The Texans are coming off a huge win against the Pats on national television last week, and their D was their biggest asset as they held Tom Brady and the Pat’s offense literally in check most of the game. The Texans will play host to the Broncos and back-up, now starting, third string QB Drew Lock . This will not be a great environment for Lock in his 2nd career NFL start in Houston, and I believe the Texans D will look to get lots of pressure, and create some turnovers and sacks.

LOS ANGELES CHARGERS- I think this is a streamer-type play here on the Chargers D this week. The Jags offense has been more than stagnant, and it showed as the head coach made the decision to bring back in back up QB Gardiner “Stache” Minshew to replace starting QB Nick Foles last week, mid-game. The Chargers D has really under-performed this year, but with the return of Casey Heyward, he really gave their secondary a boost, and I will look for the Chargers D to be sneaky-good this week against the Jags. (Sorry Vreeland)