Sean Mitchell brings you his top waiver wire adds for Week 13 of the fantasy football season! 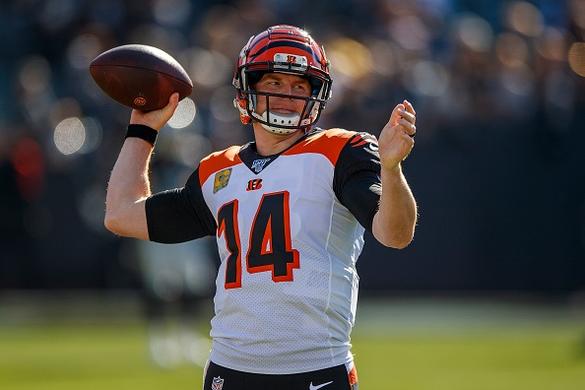 SIX-MONTHS FREE of everything at Fantasy Alarm- you want that? Courtesy of Monkey Knife Fight, you can get DFS coverage in 11 sports plus coverage for seasonal major sports including all draft guides, LeagueSync & our Lineup Generator for 8 sports. LIMITED TIME ONLY!
Welcome back ladies and gents of the FANation! This is your "in case you missed them" Thursday Wavier Article. Hopefully, all of you were able to grab up all of the needs you may have had from Dan Malin's Tuesday article, but if not, here are a few others you may look to target for Week 13.

Andy Dalton (CIN)- Dalton was named the starter for Week 13 just a few days ago, after replacement Ryan Finley did not exactly get the job done as a starter. Dalton was benched on his birthday around Week 9 for Finley, and now reclaims his starting role moving forward. Dalton actually lead the league in passing yards for the first three weeks of the season, and could be fueled for a trade target type performance. If you need a stream this week, I don't think Dalton will be benched again this season.
Devlin Hodges (PITT)- The Steelers HC Mike Tomlin was asked why he made the move to name Hodges the starting QB for Week 13, and his response was "he hasn't killed us." So, we can take that however we please, but the fact of the matter is that Hodges looked way better than Rudolph after taking his place in last weeks loss, throwing for 118 yards on eleven attempts with a TD. This week, he gets a CLE D at home that has been sup-bar this season, so he is ideally a stream QB here for Week 13.

Chase Edmonds (AZ)- Edmonds looks to make a return this week after missing his last three games. It hasn't been noted if he will be the direct back up to new starting RB Kenyan Drake , or if it will be David Johnson . DJ has now lost his spot as the starter, seemingly can be quoted as the 3rd-string running back now. Edmonds is worth a pick-up in deeper leagues, or if you need RB depth, as he could very well return to the back up/spell role for Drake here. We saw how good Edmonds was before his three-game absence. He "could" potentially get more run than Drake, as the Drake addition was merely due to injuries to he and DJ.
Tony Pollard (DAL)- Pollard is still getting nice work behind starting RB Zeke Elliot for the Boys. He has been more involved in the passing game lately, as he has received a total of eight targets in his last four games, while also seeing 10 carries over that four-game span as well. He isn't going to be a match-breaker, but he will see time, and as we are getting closer to the playoffs, he could see a bit more of an up-tick as the Cowboys get ready for the playoffs.
Peyton Barber (TB)- The TB backfield is the equivalent to RB Russian roulette, but nonetheless, they are both essentially seeing work. Just have to pick the right day. Barber has seen 10 or more carries in three of his last six, but in the games he saw less, he saw zero. This is not good, but of course, if you have made it this far down in the waiver wire, you are likely desperate. This is a pure desperation play and I highly advise 99% any other choice that you may have, BUT could get lucky in a spot-stream here with Barber if he gets the totes for the day.

Chris Conley (JAX)- Conley has been quite the target-machine over his last six contests, as he has saw at least seven or more targets in five of the six. He has parlayed those targets into at least 9 or more fantasy points in four of those six as well. Conley gets a friendly match up this week with the Buccaneers at home, and his last two games totaling 17 targets with Foles is very appealing if you need a spot-start at WR this week.
Anthony Miller (CHI)- Miller has been a hot target commodity for starting QB Mitchell Trubisky over the last two games. This week, it is likely that Darius Slay will shadow Allen Robinson , so likely the targets should gravitate once again to Miller. Miller has now seen a total of 20 targets over his last two games, while also putting up 11.4 and 13.7 fantasy points in those as well. If Miller can find the end zone with the amount of work he is getting, he could easily be a 20-point WR this week.
Allen Hurns (MIA)- Hurns is not a high-volume receiver by any means for the Phins, but he is making the right plays when they count the most, as well as seeing at least four targets or more in his last three. He was also able to hit pay-dirt in the Phins last game against the Browns. Hurns has now recorded 5.2, 8.3, and 14.2 fantasy points in his last three, so if any indication, he is trending up as a more frequent target for starting QB Ryan Fitzpatrick . 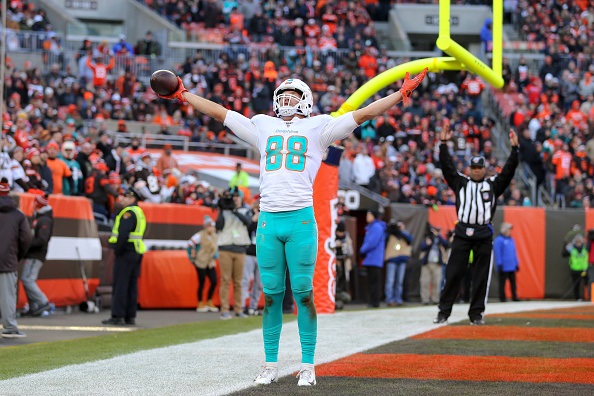 Mike Gesicki (MIA)- Staying with the Phins here, as Gesicki has also seen a nice number of targets over his last four. Totaling 25 targets in that span, h e has recorded double-digit fantasy point efforts in half of these games as well. Gesicki is a very talented TE, and although he only has one TD so far on the season, it was last week. Look for Fitz to continue to look his way, and against a PHI team that has struggled against the pass this season.
Vance McDonald (PITT)- McDonald went into the shadows last week against the Bengals only seeing one target, however, he had seen at least seven targets in the three games prior. I believe that Hodges will look his way a bit as a safety net this week against a decent pass rush of the Browns. Nonetheless, Vance has still recorded at least 6.3 or more fantasy points in his last two of four games.

Green Bay Packers- The Packers looked awful last week against the Niners on national television. I would highly anticipate a huge bounce-back spot here for not just the defense, but the whole team after last weeks loss to SF. This week they travel to NY to take on the Giants, who I believe they can have some success against.
Kansas City Chiefs- Likely my favorite stream at the D/ST spot this week is the Chiefs. They are hosting the Raiders at home this Sunday, and if last week was any indication, the Raiders are BAD. I will look for the Chiefs to build off of their 11 fantasy point effort before their bye week against the Chargers, and being at home will help a ton after a week off.
NEXT ARTICLE
TAGS:

T. Kelce - TE
KC
Kelce (knee) doesn't have a designation for the Super Bowl on Feb. 2 against the 49ers.
For a full breakdown and detailed player analysis GO PRO and join the Fantasy Alarm Family! CLICK HERE to unlock your PRO package and take advantage of instant savings!
Added Yesterday 5:43 pm (EST)

D. Brees - QB
NO
Brees told NFL Network's Jane Slater that he'll re-sign with the Saints unless he decides to retire. "At this stage of my career, it's not a given that I'm coming back every year," Brees said. "But when that time comes, I'll always be a Saint."
For a full breakdown and detailed player analysis GO PRO and join the Fantasy Alarm Family! CLICK HERE to unlock your PRO package and take advantage of instant savings!
Added Yesterday 5:01 pm (EST)

J. Lucas - DB
KC
Lucas will not practice Friday due to an illness, Nate Taylor of The Athletic reports.
For a full breakdown and detailed player analysis GO PRO and join the Fantasy Alarm Family! CLICK HERE to unlock your PRO package and take advantage of instant savings!
Added Yesterday 4:58 pm (EST)