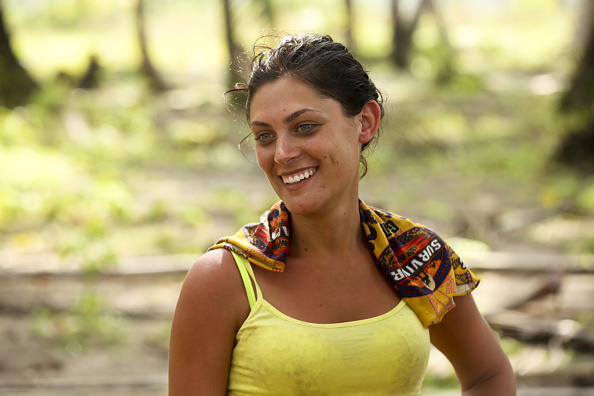 While it was for a different reason than I expected, it was still Kim who went home last week as we are down to the final two episodes. Based on gameplay and how this season has gone I feel like it should come down to three of Tony, Jeremy, Sarah or Denise. However, as we know you can never predict what how Survivor is going to play out, and if the other players were smart they would be trying to get Tony out as soon as possible. He does have the immunity idol in his pocket, so that might prove tough.

With this show being a two-hour episode, and the fact that there are only two episodes remaining, that pretty much means that we should see two contestants go home in this one to get us down to five. That means we will see the player come back from the Edge, and get down to the final three with the fire making challenge next week for the finale. And, of course, find out who is the Sole Survivor and the winner of the $2 million.

Fire tokens certainly could come into play with just two episodes remaining. Will the castaways be trading them in for idols with so few days left on the show? It is hard to say since this is the first season they have been used, but here is the inventory of who has what heading into Wednesday night.

Can they finally get Jeremy? Will Tony’s intensified gameplay get him voted out so close to the end? This feels like it is Tony’s game to lose, and it is everyone else’s job to get him out. He should be safe from one Tribal since he has immunity, but can he survive two? Will Ben conspire against him after trying to hide finding an immunity idol right in front of him? Tony is controlling the game, but at the same time everyone knows that they have to get him before the end. Also, I seriously hope that Jeremy gives the 50/50 coin back to Michele who gifted it and he didn’t use it, but we will see if that happens. Based on the flow of the show, I feel like it will be Jeremy and Nick going home this week, but the beauty of Survivor is you never know what is going to happen.

Tony ($37) – I can’t bet against this guy right now, however he has been priced so high he is tough to get in under the salary cap. The real Tony was in hiding for most of the season, as he tried to play a low-key game to avoid getting sent home early again. However, the real Tony Vlachos has come out of his shell and has been playing 100 miles per hour again. This has led to some great moments, but it also has led to the target on his back growing by the minute. Tony does have an immunity idol in his pocket, and he has won three straight immunity challenges. It is hard to say who is on Tony’s side and who isn’t. He has been running with Ben for a few weeks, but Ben also tried to hide finding the idol right in front of him. Nick appears to be in the anti-Tony camp, but did tell him that Kim was coming for him, which sort of proves loyalty. He has saved Jeremy more than once, so is Jeremy on his side? Is his “Cops R Us” alliance with Sarah intact? If he has these numbers with an idol he is basically invincible right now. However, these are all winners and they know how dangerous Tony could be to take to the end. He is one of the biggest wild cards in the history of the show, and he has also been great television. You can guarantee that he will be in the running for immunity, he will be in several confessionals, and several players could bequeath him a token or two if they are voted out. He is risky especially with such a high salary, but Tony could easily score the most points on this slate.

Ben ($27) – He proved last week again why he is dangerous to make it to the end. Ben find a freaking idol in a tree while walking past it! It wasn’t even like he was digging in the dirt or looking at three in the morning. Dude grabbed it and just kept talking to Tony like nothing happened! Of course, Ben is probably the least strategic player left so of course Tony saw him find it and try to hide it, so Ben isn’t as slick as he thinks. However, like the last time he played, Ben is great at challenges and finding idols. He has the ultimate protection of the idol through one Tribal, so if he were to use it you score points. And if he were to use it that would put another one back into play, which he could then find again. He surely isn’t going to win the “Outwit” part of the game by any stretch, but Ben is enough of a physical threat and has been forming relationships on the island that has gotten him down to the final seven. He could easily continue to work with Tony, or if for some reason Tony doesn’t have immunity, it seems that Ben is ready to turn his back on him. Both of these methods should keep him safe from being sent home.

Denise ($24) – I figured that she would have been an early out, but Denise has proven herself to be a dynamite player again. She has competed tough in every challenge, she has played a pretty strong social game, and she has mixed in a few big moves. She has been a fairly popular player amongst the tribe, and this feels like a week that there will be an individual reward, and the winner will be able to choose one or two Survivors to share it with them. That is worth points in FanDuel, and Denise seems to be a great bet for that to happen with her if she doesn’t win it herself outright. She also has not really been a target much at all at Tribal Council, and on the face value going into this episode appears fairly safe even though she has no protection at this time.

Sarah ($22) – While I completely understand where she was coming from, Sarah let her emotions come into play big time last week after Tony blindsided her ally Sophie. Making emotional decisions usually does not equal success on Survivor. However, it appears that Sarah weathered that storm by not being a target last week, and hopefully she will return to her dynamite game this week. Sarah is very popular on the tribe, could easily be chosen to go on a reward if she doesn’t win it, and she has been giving a decent number of confessionals. She does have a good alliance with Tony, but we have watched that breakdown both this season, and in the past, so it is hard to say how tight that is at the moment. I have been riding the Sarah train all season long, and while I am worried about her a little bit as we get near the end, she didn’t truly come into consideration last week.

Michele ($18) – First, I want to start by saying a very happy 30th birthday to Michele (a day late) which you would know if you followed her on Twitter or Instagram, and yes I follow most people on the show. She has played one of the more interesting games of the season. Michele has seemingly been on the bottom for most of the season, but here and there she has really influenced some big moves. She also had the big drama with Wendell for a few weeks there, and last week she gave her advantage to Jeremy and then voted for him at Tribal. I guess that was to save face for a jury vote, but it had me scratching my head at the time. She has been one of the queens of the confessionals, and she is very popular to perhaps get chosen to go on reward, or perhaps get someone’s fire tokens when they are voted out. As I said in the opening, Jeremy should give her back her 50/50 coin, but we will see if that happens. She also has no protection at this time, but she really hasn’t been looked at as a target much at all this season. It feels like if the players are going to target one of the lesser threats that it will be Nick who has been the subject of votes numerous times. Michele hasn’t been doing great at challenges, but that is only one way to score points in this game, and she is solid at just about every other method of scoring.

This, or putting Sarah in instead of Denise, is the only way to get Tony in your lineup

If you don't use Tony