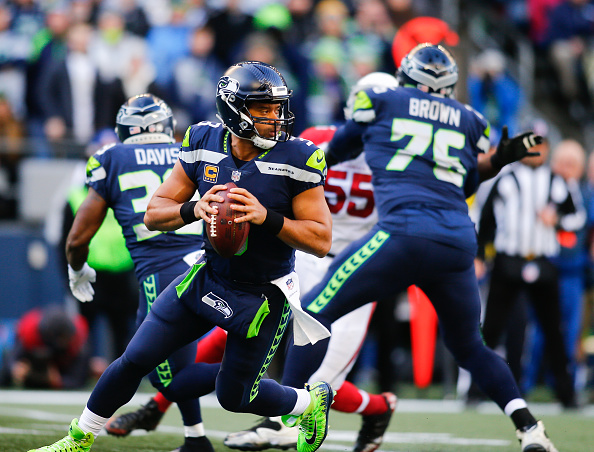 I laid out the quarterbacks that I will be avoiding in last week’s article, so let’s look at the flip side of this and identify who are the guys that I am targeting in drafts this season. This article will focus on the top 12, as I already looked at the second tier guy in my superflex article here. While we are all conditioned to wait to draft our starting quarterback, it is still an immensely important position as it will score the most fantasy points. Below are the safest players to have as the leaders of your fantasy teams.

He is still going very early in drafts, but Mahomes is just a fantasy machine. While I shied away from Lamar Jackson in the second round, I am calling Mahomes safe in the third. He dealt with several fairly significant injuries last year, not only to himself, but to his top receiver Tyreek Hill as well and still put up better numbers than most fantasy quarterbacks. Mahomes crushed the timetable of the expected return from his kneecap injury, and although he wasn’t moving like he normally would, he still got the job done. He has two great weapons in Tyreek Hill and Travis Kelce, and an emerging one in Mecole Hardman. It is still a little early to go quarterback shopping, but Mahomes can throw for 300 yards and three touchdowns in any week.

This recommendation is coming from one of the biggest Seahawk haters out there. I despise the team, however, I am not stupid. Wilson is now in his 30s and can’t run for his life forever behind whatever joke of an offensive line Seattle is putting out there. Until I see a regression though, there is no reason to doubt that 2020 will be any different. He also has a solid running game behind him, and the emergence of D.K. Metcalf last year just gave Wilson another really good receiver to throw to. In fact, watch for Metcalf to become the man in Seattle this season. Wilson also gives you that safe floor with his 300-350 rushing yards and a couple running touchdowns as well. There is little doubt that Wilson will be among the top five fantasy quarterbacks again this season.

He was already a top ten fantasy quarterback in his rookie season and now Murray will be throwing to one of the top few receivers in football with DeAndre Hopkins coming to Arizona this offseason. Murray is another guy who gets you a good number of points running the ball, and he has a number of great weapons to throw to. He is now in his second year in Kliff Kingsbury pass-happy offense, and should just naturally improve on that fact alone. He certainly showed a better grip of the offense and the NFL game as the season progressed, and it appears that he should be in for a very solid year two.

He had his best season to date by a wide margin in 2019, and the Cowboys brought back AmariCooper in free agency. As of right now Prescott is playing on the franchise tag, so his motivation to continue to succeed is high. Dallas is reportedly working on a long term deal with him, so that could change, but Dak doesn’t strike me as a guy who will mail it in once he gets paid. Michael Gallup just continues to improve, and of course the running game and offensive line is among the best in the league to keep defenses off his heels. Prescott isn’t an elite running quarterback, but he still will run for about 300 yards a season and he has 21 rushing touchdowns in four years. He might not throw for nearly 5,000 yards again in 2020, but Prescott is going to be an elite option at quarterback in fantasy football again this season.

He still has some work to do with his accuracy, but Allen is really coming into his own as an NFL and fantasy quarterback. He will still make his share of mistakes, but Allen is gaining confidence and is definitely improving. He gets a huge boost this season with the addition of Stefon Diggs, and now has two consistent, big play receivers. He is also helped by a strong running game and a great defense that will continue to put the offense into great field position. If you wait on quarterback for a long time you can still grab yourself a good one with Allen and be set at the position and still win your league.

He certainly is one of the NFLs elder statesmen at 41 years old, but despite missing five weeks to injury he still nearly threw for 3,000 yards and had 27 touchdowns. Brees is one of the most consistent quarterbacks in football, and will surely be the head of one of the best offenses in the game. New Orleans also brought in Emmanuel Sanders in the offseason to give him even another weapon to throw to. For some reason he still falls farther in drafts than he should, but Brees could easily be among the top three to five at the position but go off the board around the tenth fantasy quarterback. He could be one of the best values in fantasy football drafts this season.

While his touchdown production has fluctuated from year to year, Ryan has thrown for at least 4,000 yards in nine straight seasons. He may have lost Austin Hooper to free agency, but the team added Todd Gurley who is a great pass catcher out of the backfield and Hayden Hurst at tight end. Ryan still has one of the best tandem at wide receiver in Julio Jones and Calvin Ridley , and he still has above average weapons to throw to. Ryan has been a little inconsistent with the touchdown passes in his career, but based on history he is due for a big year. He has a nice array of weapons to throw to and should again be among the top ten fantasy quarterbacks in 2020.

This is as low as I am willing to go in the rankings for my starting quarterback in a league that only requires using one. There is a concern with Stafford because of the back injury last year, but he was off to a great start. Extrapolating numbers isn’t usually a practice that is worthwhile, but he was on pace for 5,000 yards and 38 touchdowns. Even if his second half wasn’t as strong as his first, Stafford would be among the league leaders in both categories. He has two great receivers in Kenny Golladay and Marvin Jones , and an emerging receiving threat in tight end T.J. Hockenson. Although the back injury came out of nowhere last year and there is a little cause for it to return, the team’s GM has said that Stafford has been medically cleared already and it is only April. You could get him at the very end of drafts and he could have a dynamite season.