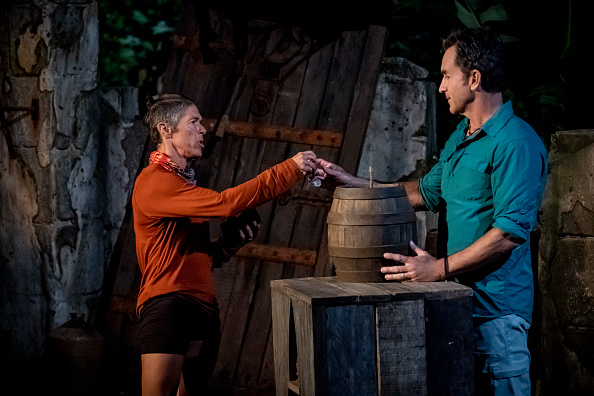 Last week was a double elimination as we saw two all-time Survivor queens sent to the Edge of Extinction when Parvati and Sandra were both given the boot. It seemed that Parvati could have avoided being voted out if she would have just told Wendell who she wanted to vote for, as he was willing to trade his vote for her fire tokens. Parvati wouldn’t say a name, and she was voted out. Sandra was a little too confident and sold her immunity idol to Denise who, in one of the boss moves in the history of the game, used Sandra’s idol in order to vote her out. What an epic episode, but it is time to move on to this week. Let’s take a look at how the tribes shake out as of now.

Yara won immunity and reward last week, and are still looking strong. In all honesty right now all three tribes are fairly evenly matched if the challenges were to be physical, with Dakal perhaps to be at a slight advantage as even Denise admitted she isn’t the strongest at challenges. The other part that you have to take into consideration when setting your lineups are the idols, advantages, and fire tokens that are in play. Both vote outs last week revolved around fire tokens, one was a proposed trade of a vote for tokens that didn’t come to fruition, and the other power move was a sale of an idol for a token in the game. FanDuel also gives points for buying an advantage, which gives those with lots of tokens a chance to earn you more points. Let’s take a look at who has what as we enter tonight’s episode.

If you watched the scenes for this week’s episode at the end of last week, it hinted that the challenge this week would have something to do with running as we saw Tony sprinting down the beach in what looked like practicing for the challenge. With all of the information now laid out, let’s take a look at some of the strong plays to help make you a winner for this episode.

Jeremy ($24) – I wasn’t in at all with Jeremy last week at the high price, but I feel much better about him now. The Dakal tribe is now split with two original Dakal in Kim and Tony, and two former Sele in Denise and Jeremy. Denise likely just put a big target on her back with her amazing move to vote out Sandra, and as stated before Jeremy has the Safety Without Power advantage which means that he can leave Tribal Council before the votes are cast. This would take away his ability to have a vote, but he also can’t be voted out. This would leave Denise out to dry, but Jeremy has already proven that he will do anything to not get voted out himself. He is good at challenges, has a chance to play his advantage which is worth points, and has a great chance of not getting voted out in this episode.

Sophie ($23) – If you wanted to pick one of the higher priced Survivors, why not get exposure to a player that has a hidden immunity idol? Sophie surely isn’t a challenge beast, but she holds her own. She actually won the challenge last week for her tribe as she was awesome with leading the ball through the labyrinth maze. She has a strong social game and is aligned with Sarah who has a Steal A Vote. Sophie appears to be super safe this week even if Yara has to go to Tribal Council.

Ben ($20) – Yara is looking strong in challenges, and Ben is one of the best out there when it comes to physical games. There was also a testimonial with Adam last week where he was feeling on the outs as Ben was getting closer with Sarah and Sophie than he was. If Yara has to go to Tribal Council, it appears that Ben has formed some relationships to keep him in the majority. He also was an absolute master at finding idols in his first season, so Ben is always a threat to help you get points by finding an idol, which also can further solidify his place in the game. 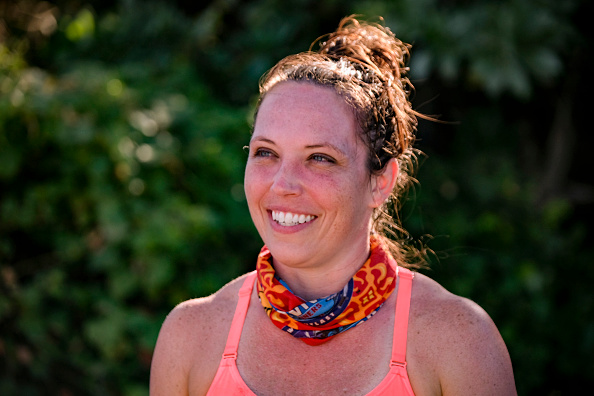 Sarah ($20) – As stated with Ben, Yara won the last immunity and seems to have a little momentum. If it is a challenge with sprinting involved, they might be at a slight disadvantage as their members don’t appear to be the most fleet a foot. However, even if they are forced to go to Tribal, Sarah appears to be safe. While the tribe is split with Ben and Adam being former Sele and Sarah and Sophie are former Dakal, it appears the women have sided with Ben a little to bring him into vote with them. Ben and Adam have openly said that they don’t particularly trust each other, and if Ben can ensure his place in the game, why wouldn’t Sarah and Sophie bring him in? Second, Sarah has the Steal A Vote advantage so even if they boys do decide to stick together, Sarah can steal one of their votes and send the one she wants home. Playing that advantage would get Sarah even more points. Her alliance member Sophie also has an idol which gives even more credence to Sarah not going home. She appears to be super safe in Episode 7 and could be my favorite pick this week for your Champion.

Tony ($20) – If I know one thing about Survivor after watching it for all of these years, it is if they hint towards something happening in a clip or commercial or coming attraction, whatever they are teasing isn’t going to happen. The scenes for this week’s episode at the end of last week’s show showed Tony sprinting up the beach and Jeremy saying while he liked Tony, he was a bit of a paranoid player and that it made him nervous. This leads me to believe that Tony is really safe for tonight’s episode. I believe that Tony, Jeremy, and Kim would band together to vote out Denise after her power play last week if they have to go to Tribal. He is always a wild card because of his spy hut, idol searching, and overall paranoia, but signs point to Tony being safe this week.

Nick ($18) – Wendell was a bit of a wild card last week after he offered to trade his vote for a fire token with Parvati. This certainly had to put a target on his back for Nick and Yul, who have been his alliance. He was way too comfortable flipping on one of his two guys for them not to be nervous about him now. It was very obvious when Parvati told Nick about Wendell's plan and Yul's face at Tribal when he heard about this plot and Wendell didn't deny it. You have to figure that given the fact that Wendell also burned Michele in an off-show romance and the fact that he has been very short with her, that Michele would also certainly be on board for voting off Wendell. This all makes it seem that Nick should be safe and at a cheaper salary. With two Fire Tokens, Nick could be a candidate to buy a challenge advantage from someone who wins it on the Edge of Extinction, and he is also an emotional dude who could also cry on camera, getting you more points.

Kim ($17) – She has proven to be a solid contributor to her tribe. She is solid at challenges, she plays a good social game, and the biggest factor right now is that she has an immunity idol. Barring her doing something incredibly stupid like Sandra did last week, that fact alone keeps Kim safe for this week. In my opinion, Denise is the player in trouble should Dakal have to go to Tribal Council, making Kim a solid player to choose at one of the cheapest salaries on the slate.