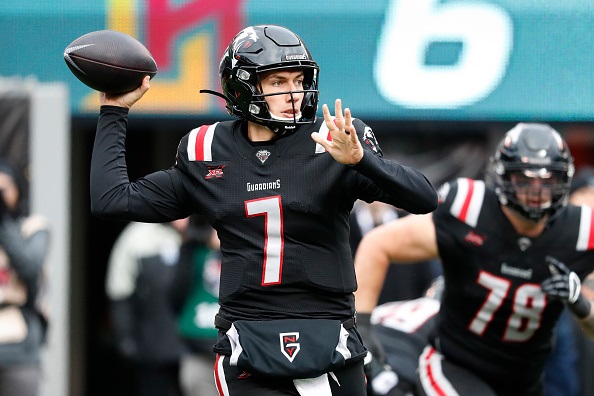 We are through four weeks of the XFL season. The games are still entertaining for the most part, and something seems to be a surprise every week. Teams are starting to be more consistent with which weapons they use on offense, and thankfully there haven’t been too many serious injuries to star players. We certainly have had to endure some, and with that comes the waiver wire. If you are scratching your head for who to pick up this week, here are the top options that could be available in your season long league.

Nick Holley, RB/WR, Houston Roughnecks. I’m hoping there is a chance that maybe he was dropped in your league after back to back less than stellar performances before last week. Holley profiled out to be a great pass catcher that was listed as a running back, but really spent most of his time lined up as a receiver. In Week 2 and Week 3 combined he had just five catches for 48 yards, and some lost faith. Holley bounced back in a huge way with eight catches for 97 yards and a score in Week 4 for the Roughnecks. It might not be totally consistent production on a weekly basis for you from Holley, but the guy is a good bet more often than not, and if somehow he is available you gotta make the move quickly.

Luis Perez, QB, New York Guardians. New York was looking like one of the worst offenses in the league in the last couple of weeks, despite having a quarterback that was among the most seasoned in the league. However, Matt McGloin stinks out loud which gave Perez his chance. He didn’t put up eye popping numbers with just 150 yards and a touchdown, but Perez is a lock to start again next week. I wouldn’t start him over a continually struggling Cardale Jones, but Perez looks like he will provide some stability to the Guardians offense and should improve slightly with more playing time.

Taylor Cornelius, QB, Tampa Bay Vipers.  Aaron Murray was healthy last week, but the Vipers still went with Cornelius and he led the team to an impressive win over the Defenders. Cornelius isn’t putting up eye popping stats, but he did complete 77 percent of his passes and threw for 211 yards. He still has just two touchdown passes against four interceptions in his three games, but he has looked a little better each week. The job appears to be his at least for the time being, and is a neck and neck race with Luis Perez for the quarterback waiver wire add for Week 5 of the XFL season.

Phillip Nelson, QB, Dallas Renegades. Landry Jones suffered a knee injury that is at least going to keep him out of action for a couple of weeks. Bad news for him, bad news for the Renegades. Nelson came into the game late and almost immediately turned the ball over to essentially end the game on Sunday. And if you recall from the first game of the year that Nelson started, he wasn’t really adept at throwing the ball more than five to seven yards down the field. However, if you have Jones and can’t get Perez you might have to settle on Nelson. 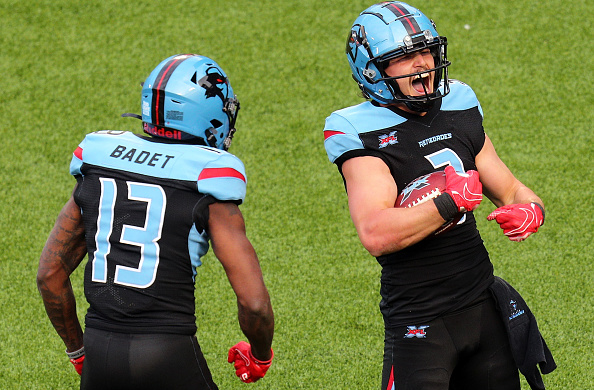 Jeff Badet, WR, Dallas Renegades. Probably the only person that isn’t killed by Phillip Nelson being the starter is Badet. When Nelson relieved Jones in the fourth quarter he immediately came in and threw three passes to Badet. He is a good short yardage option for the Renegades. Of course two of them fell incomplete, but the fact that he had Nelson’s attention and got some targets was encouraging. Badet and Flynn Nagel will likely be the two guys who will get the most targets for the Renegades next week.

Brandon Reilly, WR, St. Louis Battlehawks. While the Battlehawks are definitely a run-first team, Reilly has been getting a little more attention each week. He had season highs across the board last week with five targets, three catches, and 46 yards. He isn’t the most explosive receiver by a long shot, but he does have reliable hands when Jordan Ta’amu does look his way. Reilly isn’t a guy who will win you your fantasy league, but he can be a decent fill in when it comes to an injury situation.

Colby Pearson, WR, New York Guardians. Whenever there is a change at quarterback, you always have to watch the next game to see where the targets go. Every quarterback has “their guy” and sometimes it is different from player to player. Pearson has been getting targets on a weekly basis, but set a season high with five catches in Week 4. He only had 34 receiving yards, but had a nice connection with Luis Perez. The Guardians offense still didn’t score a lot of points so I’m not expecting Pearson to vault to the top of the league in touchdowns, but he could be a nice pickup going forward.