Ryan Hallam takes a look at a few players who could be worth claiming as we head into Week 2 of the XFL season! 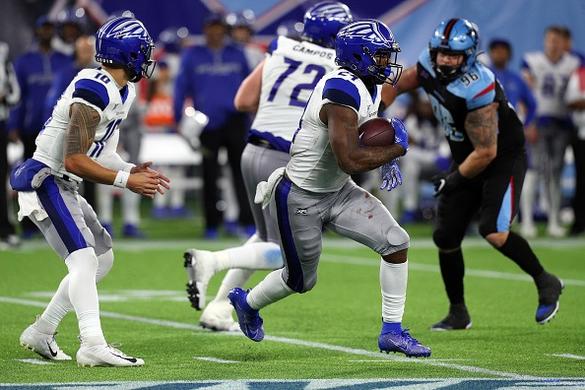 Wow! So we have one week in the XFL in the books, and it was quite a wild ride! We saw some great play, and we also saw some shaky play for sure. I think the biggest takeaway from the first week of the XFL is uncertainty. We saw some guys have big games that we didn’t expect, while some players we thought were going to rock and roll just fizzled. The week was hampered a little by the fact that two teams didn’t have their starting quarterbacks, and it showed. Honestly, I would lean towards making no moves in your seasonal XFL leagues unless you had an injury. With that just being the first week of the season, it isn’t much of a sample size to have a real firm feeling on how the offenses will run. However, since we promised you a waiver column each week and some people have itchy trigger fingers, here are some guys to consider. There aren’t really ownership percentage numbers to speak of, so all of these players may not be available. 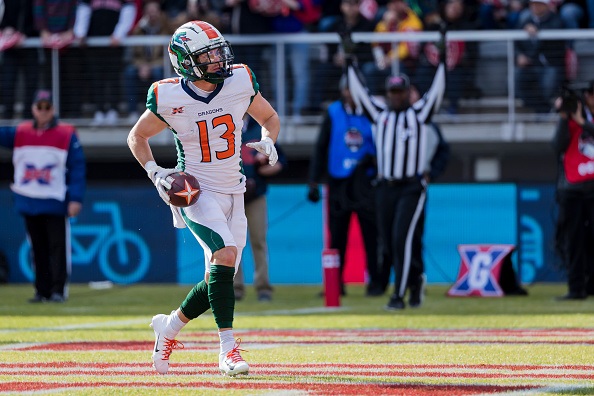 Austin Proehl, WR, Seattle Dragons. The son of former NFL player Ricky Proehl showed a great deal of excitement in the XFL’s opening game, and he also scored the first touchdown of the season. His second score, Proehl caught a short pass and turned on the jets down the sideline for the 57 yard score. He led the team with ten targets, and finished with five catches for 88 yards and two touchdowns. It will be interesting to see how the targets are spread out next week, but Proehl certainly seemed to have the trust of quarterback Brandon Silvers who hopefully will be healthy for Week 2. If Proehl went undrafted in your league, certainly give him a look.

James Butler, RB, Houston Roughnecks. No one should have been surprised that the Roughnecks didn’t run the ball a lot considering that their coach June Jones never wants to put the ball on the ground. Not only that, but quarterback P.J. Walker was the star of the weekend. However, Butler did find the end zone late in the game, and had more than double the carries of anyone else. He also had two catches for 20 yards. The Roughnecks appear to have a high powered offense, and if the pass game can excel like it did last week, Butler should have huge holes to run through. Running back isn’t going to be a huge position of focus, but you have to have some on your roster, and Butler looked solid.

Daniel Williams, WR, Tampa Bay Vipers. A big bodied receiver at 6’3”, Williams had one of the best receiving games of the weekend, he finished with six catches for 123 yards. He showed some big play ability with catches of 37 and 42 yards. Of course, he had a really ugly drop too, but hey it was the first week. Quarterback Aaron Murray looked pretty awful at times, but if he could settle in to a rhythm in the coming weeks, that would do well for Williams. Tampa will be one of the more interesting offenses to watch in Week 2.

Jordan Smallwood, WR, Los Angeles Wildcats. Despite the fact that the Wildcats had a really fluid quarterback situation during the game, Smallwood had a pretty solid opening week. He is a huge target at 6’2” and 225 pounds, and even these XFL quarterbacks can hit him. Smallwood was second on the team with seven targets, and seemed to be a favorite to look to on third down and near the red zone. Smallwood did have a touchdown and also a two point conversion, and looks like he could be a featured part of the offense. Hopefully the Wildcats will get their starting quarterback Josh Johnson back this week, and the offense can get on track.

Darius Victor, RB, New York Guardians. Tim Cook was listed top on the depth chart, but it was Victor who led the team in carries with nine. He did total 32 yards on the ground, although 22 came on one carry. Victor will have some extra fantasy value in the fact that he had three catches for 25 yards. As stated earlier, running the ball isn’t exactly the calling card of the XFL, but if Victor continues to lead the team in carries he will have some fantasy value. 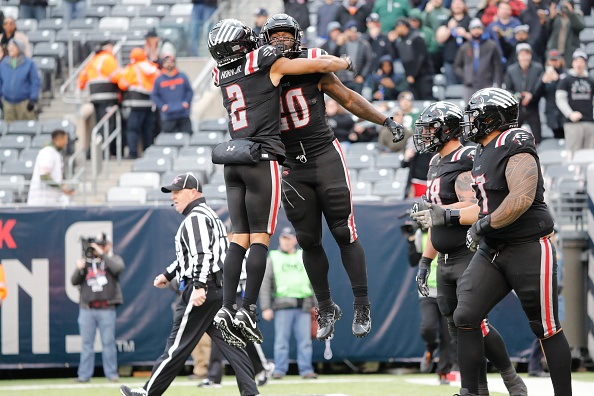 Joe Horn Jr, WR, New York Guardians. The son of the former New Orleans Saints receiver didn’t have a huge fantasy day, but quarterback Matt McGloin certainly looked his way a lot. Horn led the Guardians with eight targets, although it only produced two catches for 27 yards. However, New York showed an explosive offense at times on Sunday, and McGloin certainly has the ability to lead the offense. He was fourth on the Guardians depth chart, so it isn’t a guarantee that he will continue to see that level of activity, but it was a good start.

Reece Horn, WR, Tampa Bay Vipers. The Vipers barely scored any points, but they sure did move the ball with nearly 300 yards through the air and just about 150 yards on the ground. They are also one of the few teams to have a competent tight end, so there are a lot of mouths to feed. Horn definitely showed some ability in the opening game, and was targeted five times. He caught three of those for 42 yards in the game, but failed to score. Of course, the entire team only put up three points in the game, so clearly there were no touchdowns. He appears to be the third wide receiver as far as the target share is concerned, but he definitely showed some toughness over the middle. Whether it be Aaron Murray or Quinton Flowers at quarterback next week, the Vipers will need more consistency, and fewer turnovers to have more success in Week 2.

Tre Williams, RB, Seattle Dragons. He was third on the team in carries with just three, but Williams was very involved in the pass game. He was third on the team with five targets, and caught four of them for 27 yards. While Ja’Quan Gardner got the most carries, he looked average. Kenneth Farrow also had more carries and looked good, but Williams had some explosiveness. Seattle was one of few XFL teams this week that looked to actually run the ball. So, even though there is a committee situation here, Williams could pay some dividends if he could get in some space and his pass catching ability gives him more opportunities to touch the ball.

Matt Jones, RB, St. Louis Battlehawks. There is a good chance that Jones is owned, but Christine Michael was deemed one of the “faces of the league” heading into the opening weekend, so maybe Jones was overlooked. He has some NFL experience, and limited success. However, Michael looked horrific and had no yards on seven carries while Jones excelled. He carried the ball 21 times for 85 yards, although he wasn’t really involved in the pass game. The Battlehawks were the most run heavy team in Week 1, and if somehow Jones is out there you have to get him on your team. 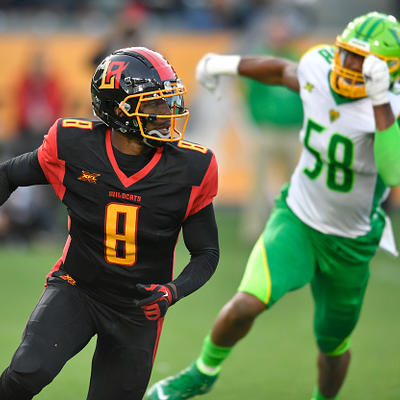 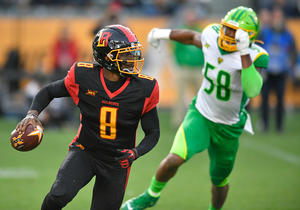 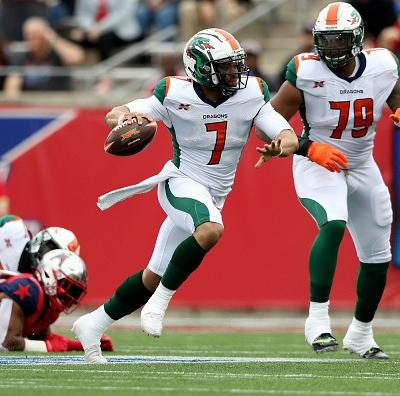 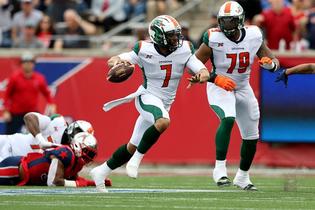 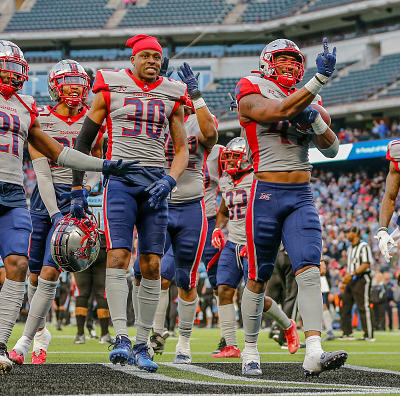 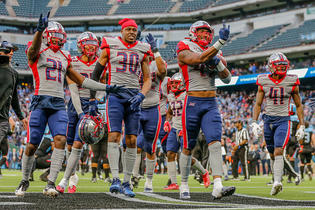