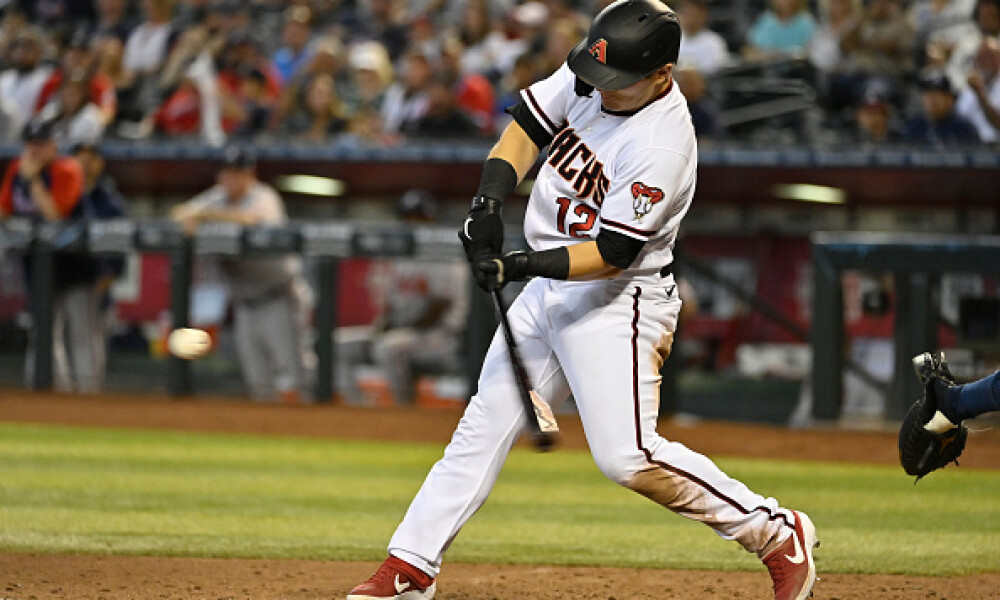 Austin Hays (BAL); FAAB Bid: 3% - A look at the standings doesn’t reflect favorably on the Orioles, but there are solid pieces there for them to work with for the future. Hays appears to have a future in Baltimore’s lineup, for now it is in the middle and he has produced with 22 home runs and 70 RBI for the season while batting .257 on the season and .320 over the last days. Hays is also at career high levels with his barrel rate (9.6%) and hard-hit rate (39.6%).

Daulton Varsho (ARI); FAAB Bid: 2% - Arizona has been moving Varsho around the batting order as of late, but he bats in premium positions and plays every day. Couple that with his eligibility at catcher, and we are in good shape, both for the last week of this year and heading into next season. Through 52 games in the second half, Varsho is hitting .293 with 10 home runs and 28 RBI after working some of the kinks out last year.

Paul DeJong (STL); FAAB Bid: 1% - DeJong returned from injury and 2 for 5 on Saturday as St. Louis continues their hot streak and a mad dash towards the postseason. You aren’t targeting DeJong for batting average, .199 this season, but he could help in the power department as the shortstop has 18 home runs and 42 RBI in 106 games.

Nick Gordon (MIN); FAAB Bid: 2% - Few players are as hot as Gordon has been over the past seven days, and there is no time like the present to capitalize on it. Over the last seven days, Gordon is hitting .435 with two home runs, eight RBI, and more importantly, two stolen bases. With 10 stolen bases so far this season, Gordon might be your best bet to make some valuable ground in the speed department over the last week of the season.

Keibert Ruiz (WAS); FAAB Bid: 2% - Washington traded for Ruiz with a purpose, and that is to play him regularly as their catcher of the future. Over the last seven days, he is hitting .429 with seven RBI and .315 with 11 RBI for the month of September. The success isn’t a surprise for the top prospect, and he could ultimately be a top-12 catcher moving forward.

Brady Singer (KC); FAAB Bid: 2% - In the final days of the season it is a mad dash to secure as many innings as possible to chase strikeouts and wins. Targeting pitchers who are taking the mound twice is often a good strategy to accomplish this, and when the match-ups are favorable, that is even better. In the case of Singer, he faces Cleveland and Minnesota this week and is sporting a 3.86 ERA in his last three starts over 18.2 innings so we don’t have to worry about a true innings cap at this point. Perhaps more important, is the fact that Singer is 2-1 over those three starts with 20 strikeouts against just three walks.

Matt Manning, (DET); FAAB Bid: 1% - On an overall basis, it hasn’t been the best of seasons for Manning and his 5.73 ERA through 16 starts. In his last three starts, Manning has a 3.21 ERA in really what is the only favorable sample size, albeit it small, we can find for the talented right-hander. Throughout his minor league career, Manning consistently struck out more than a batter an inning but he has yet to find true success in the majors yet. This is a bet on talent winning out as he takes the mound twice against a White Sox team that is already secure in their playoff future. There is also some keeper value in play here as well.

Dallas Keuchel (CWS); FAAB Bid: 1% - Keuchel has one more start left in what hasn’t been a great season for the veteran left-hander. The good news is that start comes against the Tigers against whom Keuchel allowed two runs over five innings in his last start. It wasn’t the smoothest of starts as Keuchel gave up 11 hits, and has a 1.50 WHIP on the season so there is some risk, but he at least will keep Chicago in the game and we likely wouldn’t get a full implosion.

Dietrich Enns (TB); FAAB Bid: 2% - Here we go again with the Tampa Bay bullpen. The latest entrant into the saves market was Enns who picked up a save last week. For anyone looking for a possible save while also seeking strong ratios and strikeouts, it seems like there is a never-ending list of Rays relievers to target. Over the past 14 days, Enns has two victories along with that save while striking out 12 in 10.1 innings while recording a microscopic 0.87 ERA and 0.39 WHIP.

Joe Barlow (TEX); FAAB Bid: 4% - Based on what we have seen from Barlow this season, there is no reason why we can’t expect him to return as Texas’ closer for next season. Through 26.2 innings this season, Barlow has eight saves, 25 strikeouts and a 1.69 ERA to go along with a 0.89 WHIP. That is certainly good enough for me.