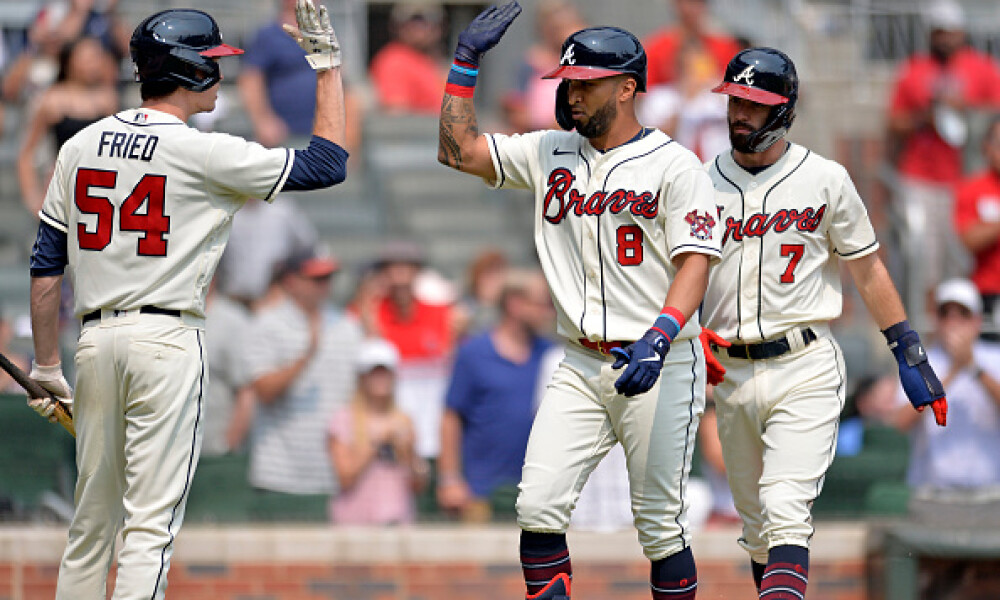 Eddie Rosario (ATL); FAAB Bid: 1% - We have to keep an eye on Rosario as he doesn’t play every day, but if you are looking for a burst of power in leagues that allow for daily roster moves, there is some value here. The outfielder went deep on Wednesday for the third time in last four starts which gives him 11 in 351 plate appearances this season. Rosario has dealt with injuries this season, but he still keeps the strikeouts to a minimum (14.5%) and is hitting a solid .255 while continuing to be a run producer with 56 RBI and also adding 10 stolen bases.

Miguel Sanó (MIN); FAAB Bid: 2-3% - Sano plays everyday and there is no disputing his power. With four home runs over the last seven days, he is up to 27 on the season although we still have to take his .217 batting average into account. At this point in the year though, that begins to matter less as, in most situations, it’s really the counting stats we are after. It is also doesn’t hurt that he is hitting .258 over that stretch and .247 in the second half of the season. Given the power we get from Sano, that is a batting average we can live with.

Nate Lowe (TEX); FAAB Bid: 1-2% - At this point in the season, one of the main things we are looking for is consistent at bats. Of course, production is pretty important as well, and at this point, Lowe brings both to the table batting fourth for Texas and hitting .333 over his last seven games. With 15 home runs and 67 RBI, Lowe isn’t going to jump off the page at anyone but he is a solid producer hitting .262 on the season along with a 47% hard hit rate. We should note that after hitting six home runs in April, Lowe’s production has fallen off in that department.

Garrett Hampson (COL); FAAB Bid: 2% - Regular playing time, and consistent success, is often hard to come by for Hampson but there is no disputing his speed. Things aren’t that simple though as it’s not the stolen bases that initially put Hampson on our radar as he only has one so far this month and hasn’t had more than two in a month since May. Over the last seven days, Hampson is hitting .412 in 21 at bats and .324 for the month.

Evan Longoria (SF); FAAB Bid: 1% - If you want to talk about a team that is greater than the sum of their parts, the Giants are at the front of the line. One piece of that success is Longoria who is finishing the season out on a high note. Over the last seven days the third baseman is hitting .353 with two home runs and 11 RBI which gives him 45 RBI in 66 games so far this season. As long as he is healthy over the next two-plus weeks, Longoria could provide a nice boost to those searching for assistance in those categories.

Patrick Corbin (WAS); FAAB Bid: 1% - Those who have been done in by Corbin this season might thing I have lost my mind, which is very possible, but I am employing recency bias to the max here. Corbin has pitched seven innings in each of his last two starts allowing a total of five runs on 15 hits (not great, but just four in his last start) and three walks (that is better) while striking out eight. His next start comes at home against Colorado so it is a match-up we like and there is a good pitcher in there somewhere.

Nick Pivetta (BOS); FAAB Bid: 1% - At this point, there is barely a tomorrow left in the season, so it comes to starting pitchers, it’s all about that streaming life. Facing Baltimore in his next start puts Pivetta on that radar for me. Pivetta returned to action with 5.1 scoreless innings against the White Sox in his last start as he struck out five and kept the baserunners to a minimum. With a 4.55 ERA and 1.32 ERA this season, Pivetta shouldn’t wreak too much havoc on the ratios and he strikes out more than a batter per inning (156 in 140.1 innings) while we chase that victory.

Logan Gilbert (SEA); FAAB Bid: 2% - If you are in a league with keeper rules, Gilbert might have some value based on that alone, but the streaky rookie is also worth a look heading into his start Sunday against the Royals. It is a favorable match-up, and while we aren’t completely sure which version of the southpaw we will see (4.97 ERA and 1.21 WHIP in 101.1 innings) the talent and potential are both there. Whether you look at his 3.65 FIP or 4.00 xERA, Gilbert has been unlucky so far this season and you have to like the fact that he walks just under two batters per nine innings.

Dylan Floro (MIA); FAAB Bid: 3% - Normally I would go even higher for Floro but his 34% ownership on Yahoo is surprising to me. I’m thinking the cause for this shift is football season beginning but given the state of affairs when it comes to chasing saves, Floro’s ownership should be at least double what it is. Over the last seven days, Floro has four saves and with a 2.25 ERA and 0.75 WHIP in that stretch, there really isn’t any risk here considering his ratios for the season are 2.84 and 1.25, respectively.

Michael Fulmer (DET); FAAB Bid: 1-2% - While he might not be back officially in the role, Gregory Soto was unavailable on Wednesday, Fulmer did look pretty good picking up the save yesterday. It was his fifth straight scoreless outing and he looked especially impressive in his two innings on Wednesday with four strikeouts. With a 3.29 ERA and 1.27 WHIP, Fulmer has generally been reliable this season and he is also throwing the best he has all year.