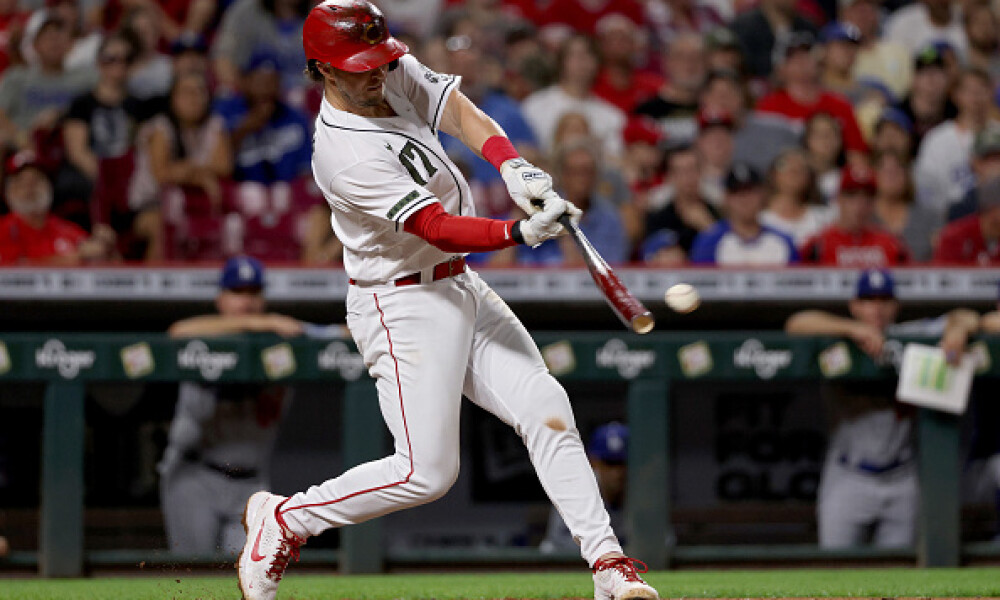 Kyle Farmer, (CIN); FAAB Bid: 3% - Depending on the depth of your league you might be running out of time to grab Farmer off the wire. In some leagues (Yahoo), Farmer is eligible at every infield position and also behind the plate, and he has been playing everyday for the Reds as of late while batting third between Jesse Winker and Joey Votto. Farmer hit his tenth home run of the season on Saturday to give him 34 RBI in 333 plate appearances to go along with a .264 batting average. It is a rarity in today’s game but Farmer only strikes out 16.9% of the time. Aside from the production there is nothing that really jumps off the page for the infielder from a Statcast perspective, but it’s hard to argue with a .382 batting average in July even with the fear being that you have missed the best he has to offer.

Tyrone Taylor (MIL); FAAB Bid: 3-4% - It’s hard to be much hotter than Taylor has been over the last 14 days hitting .441 in 34 at bats with two homes, 11 runs scored, and 10 RBI. With Christian Yelich sidelined for the next few days, playing time won’t be an issue for Taylor, but if he continues to hit at this level, Milwaukee will certainly find space for him in their outfield. In 198 plate appearances, Taylor is hitting .264 with nine home runs and 34 RBI and a respectable 21.7% strikeout rate.

Cesar Hernandez (CWS); FAAB Bid: 2% - The trade to Chicago instantly gives Hernandez a nice lineup bump and the second base has picked up two hits each game with the White Sox out of the second spot in the order. At .236, the batting average hasn’t been there for Hernandez but with 18 home runs, 47 RBI and 61 runs scored (plus the upgraded lineup), I have no issues with what he brings to the table.

Jeimer Candelario (DET); FAAB Bid: 2% - It’s easy to forget about Detroit, but Candelario plays everyday for the Tigers and has proven to be a solid run producer. In his last 14 games, the corner infielder is batting .333 with two home runs and 11 RBI. Overall, he is hitting a respectable .273 on the season with seven home runs and 35 RBI, and while he might not be a true difference maker, Candelario is a solid option to add depth to your roster.

Brendan Rodgers (COL); FAAB Bid: 4% - It feels like we have been waiting for a long time to see fantasy relevance out of Rodgers, and he has (at least for now) found consistent success and playing time. Rodgers has batted second for seven straight games with at least one hit in each to bring his batting average up to .270 in 52 games this season entering play on Saturday. With eight home runs and 25 RBI, Rodgers has shown some power and is also sporting a 42.9% hard hit rate.

Adrian Houser, (MIL); FAAB Bid: 1-2% - It’s the time of year when every inning and strikeout begins to really matter; provided of course you have room to breath relating to any possible innings limits. In his last three starts Houser is sporting a 2.70 ERA and for the season he is sitting at 3.69. While his 4.36 xERA likely tells a better story of what we can expect from him, I do like his 60% ground ball rate as that does tend to limit the damage and allow him to get out trouble. Granted some of that trouble is self-created as Houser is walking just under four batters per nine innings while only striking out seven per nine innings. The other thing to like here this week is that Houser takes the mound twice and faces the Pirates in one of those starts with the Giants his opponent in the other.

Chad Kuhl, (PIT); FAAB Bid: 1-2% - Kuhl will also be taking the mound twice this week with his starts coming against Milwaukee and Cincinnati. With 16 strikeouts in 15.2 innings in his last three starts (7.79 per nine innings) there is some value here, but the two starts also help. There is some risk thanks to 4.70 walks per nine innings but Kuhl did post a 4.21 ERA in June while following that up with a 2.91 ERA in July as the strikeouts were up and the walks were down. As far as pitchers taking the mound twice this week, our options are on the thinner side when it comes to the waiver wire, so that puts Kuhl on our radar.

Patrick Sandoval, (LAA); FAAB Bid: 2-3% - Whenever a waiver wire pitcher strikes out nine batters over seven innings, they are bound to get our attention. All Sandoval did to follow that up was strikeout 13 batters while allowing one run in 8.2 innings for the victory, and here we are. Sandoval did struggle in most recent start as he was lucky to escape allowing only one run in 5.2 innings on four hits and six walks but he has found a home in the Angels’ rotation. The walks will continue to be something to keep an eye on (3.72 batters per nine innings) but with 10.13 strikeouts per nine innings and a 52.6% ground ball rate, Sandoval has also shown the ability to work out of trouble as evidenced by his 3.38 ERA and 3.33 xERA.

Codi Heuer, (CHC); FAAB Bid: 3-4% - You had to know we were headed to Chicago after they traded their top bullpen options at the deadline, but Heuer might not be who you were expecting to see. Rex Brothers seemed to be atop the pecking order in the Cubs’ bullpen and he did save 19 games in 2013, but other than one save earlier this season, that is the extent of his closing experience. Teams do generally like to avoid having southpaws in that role and Brothers entered in the eighth inning on Saturday with Chicago ahead and proceeded to struggle. Prior to that, Brothers had a 6.35 ERA in his last 14 games while Heuer has seemingly pitched better than his 5.12 ERA with a 3.68 FIP and 3.70 xFIP. It also helps that the right-hander strikes out a batter an inning while walking just over two. For what it’s worth, Heuer did enter the game behind Brothers after he allowed two runs and loaded the bases so we will place him atop the depth chart for now as the right-hander was able to get out of trouble with just one inherited runner scoring.

Spencer Patton, (TEX); FAAB Bid: 4-5% - For one night we thought we had clarity. Let’s see how well this ages, but for now (and we know closer situations change quite often) the job belongs to Patton in Texas.  Patton was in prime position to get his first major league save against Seattle, he does have a history of closing in the minor leagues though, but instead he promptly allowed a run to tie the game. Entering action on Saturday the right-hander had a 3.16 ERA in 17 innings (2.56 xERA) while striking out 12.71% batters per nine innings with walks (3.18) and home runs (0.53) not being tremendously concerning.