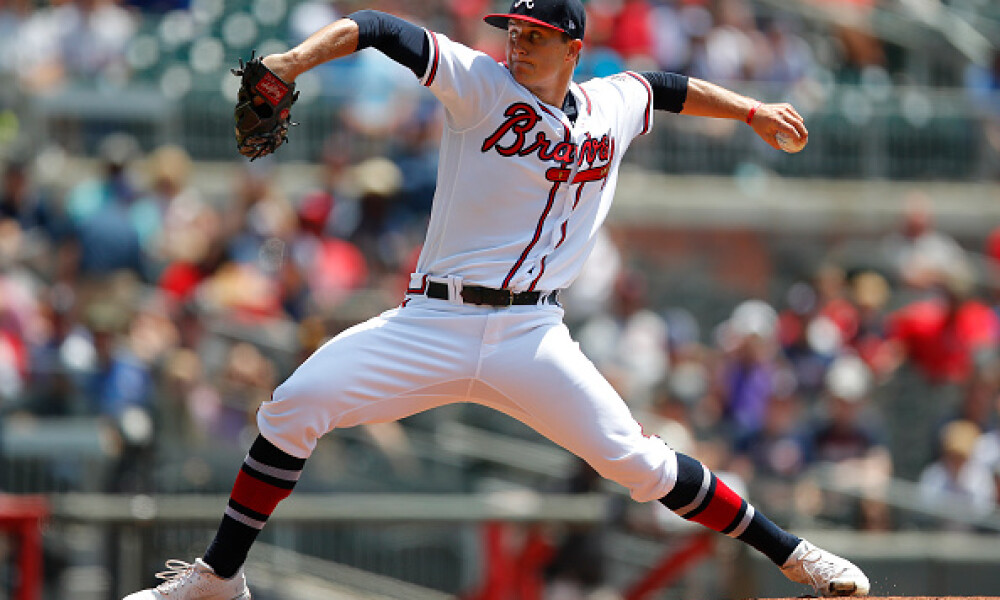 Miguel Andujar (NYY); FAAB Bid: 4% - The Yankees are struggling to find offense this season and it has given Andujar a chance at reestablishing himself at the major league level. Andujar entered play on Saturday with three straight multi-hit games and home runs in two of those games. It will always be an issue that Andujar doesn’t walk (2% out of 99 plate appearances) but his 22.2% strikeout rate fits right in with today’s game. I know his 2018 season feels like ages ago, but Andujar is still 26 years old and that talent is there. From a Statcast perspective Andujar is performing at the highest levels of his career, so I wouldn’t let him kick around your waiver wire any longer as he is hitting .271 with five home runs and eight RBI.

Victor Robles (WAS); FAAB Bid: 3% ­- This might be a case of chasing talent and expectations that could go unfulfilled but I have a hard time leaving Robles on the waiver wire. With an ownership rate of 32% in Yahoo leagues that is the case though and it doesn’t get much in CBS leagues (38%). Robles also just returned from injury but the outfielder is simply too talented. Entering action on Saturday, Robles started nine games in a row but the results still haven’t been there this season (.224 batting average, 15 runs, and six RBI in 143 at bats). Aside from simply chasing the talent, Robles is walking at a rate double that of last season (10.1%) and he has seven stolen bases and that can’t be overstated.

C.J. Cron (COL); FAAB Bid: 1% - I’ll never complain about a middle of the order hitter in Colorado who gets regular playing time and has the pedigree to hit home runs. When Cron signed with the Rockies this winter it was easy to lose yourself in the expectations of a 30-home run season but to this point, the first baseman has five in 152 at bats to go along with 18 RBI and a .250 batting average entering play on Saturday. Nothing about this jumps off the page at me, but Cron will get you at bats and you can’t argue with his home park and the power ability.

Dylan Moore (SEA); FAAB Bid: 4-5% - Moore was a popular player in draft season after he hit .255 with five home runs and eight stolen bases in 39 games last season and it was for good reason. We know things never go according to plan and the utility man did not get off to an ideal start this year but he did begin to turn the corner before heading to the Injured List. The batting average isn’t there (.168) but the BABIP (.208) does suggest that better times are on the way. The 31.4% strikeout rate is going to be a problem although at 27% last season, it didn’t hinder Moore too much. What we are really after though is the five home runs and eight stolen bases Moore has already tallied this season. Another positive is that depending on the league (especially Yahoo), Moore is eligible practically everywhere.

Amed Rosario (CLE); FAAB Bid: 3% - Rosario took a modest five game hitting streak into action on Saturday, but more importantly it appears that he has settled into the second spot of the order for Cleveland. He has found a home in Cleveland and since May 1st he has six stolen bases while batting .276 with four home runs and 18 RBI on the season.

Tucker Davidson (ATL); FAAB Bid: 1-2% - Davidson has made three starts with Atlanta so far this season, and after allowing three runs in his first outing, the southpaw has thrown 11.2 scoreless innings allowing five hits and six walks. Five of those walks did come in one game, but Davidson has had control issues throughout his professional career. With a young pitcher, it shouldn’t be too surprising but it also highlights the fact that we can’t expect Davidson’s ERA to stay at 1.53. Granted his identical xERA and xFIP of 4.23 illuminates that fact, but Davidson has also benefitted from a .188 BABIP. While I don’t want to send mixed messages, it is hard to argue with his first three starts and Davidson does take the mound twice this week; against Boston and St. Louis. In the realm of two-start pitchers who are potentially available for the upcoming week, Davidson is one of the better options.

Jake Odorizzi (HOU); FAAB Bid: 2% - Between his late signing for the 2021 season, his recent trip to the injury list, and the 6.59 ERA in 13.2 innings he posted last season, Odorizzi has found himself floating around a lot of waiver wires. Of course, the 6.75 ERA he does have in 21.1 innings doesn’t help either. It is a small sample size and Odorizzi put up a 3.59 ERA in 2019, we know that skill set is there and his 4.32 xERA says that better days could be coming. Odorizzi kicks off the week in a favorable match-up against Texas and then follows that up by facing the White Sox. The right-hander should strike out about a batter an inning which is always a nice thing when he takes the mound twice in the same scoring period.

Mike Minor (KC); FAAB Bid: 1% - Minor is coming off one of his best starts of the season against Oakland in which he allowed one run in seven innings while picking up his fifth victory of the season and striking out eight. Overall, Minor has a solid 4.50 ERA with a pretty good 1.15 WHIP and he faces a weak Detroit team this week. Earlier in the season, the Tigers did have success against Minor but he did strikeout eight batters over six innings so it was a mixed bag. If you need some innings this week you can do worse than Minor who had 19 swinging strikes on Thursday.

Jose Cisnero (DET); FAAB Bid: 3-4% - Entering play on Saturday, Cisnero had successfully converted Detroit’s last two save opportunities for his first two saves of the season. In the ever fluid business of chasing saves, that can’t be ignored. At 32 years old, Cisnero isn’t exactly a prospect nor does he have much of a track record, but he has proven to be a solid option. With Michael Fulmer currently sidelined, the opportunity is there and it does appear that Cisnero is the next man up. In 25.2 innings so far this season, the right-hander has 35 strikeouts with a 3.86 ERA and 1.35 WHIP, so this is really about the saves here, but he shouldn’t hurt you too much along the way. Cisnero also pitched the top of tenth at home Friday night, and that is a role generally reserved for a closer, although he did allow the “free” runner to score.

Josh Sborz (TEX); FAAB Bid: 1-2% - This likely a temporary play as Ian Kennedy shouldn’t miss more than the minimum amount of time, but at the same time, he might not be long for Texas as a rebuilding team doesn’t need a closer. With Kennedy being so successful this season, it’s not entirely clear who his temporary replacement will be, but Sborz might be our best option. Sborz did record a save earlier in the season, along with two blown saves and two holds, and has 32 strikeouts in 24.2 innings entering play on Friday. However, with a 4.38 ERA and 1.22 WHIP entering play on Friday night, I’m not holding onto him without the promise of saves. Brett Martin might also be a factor here to keep an eye on.