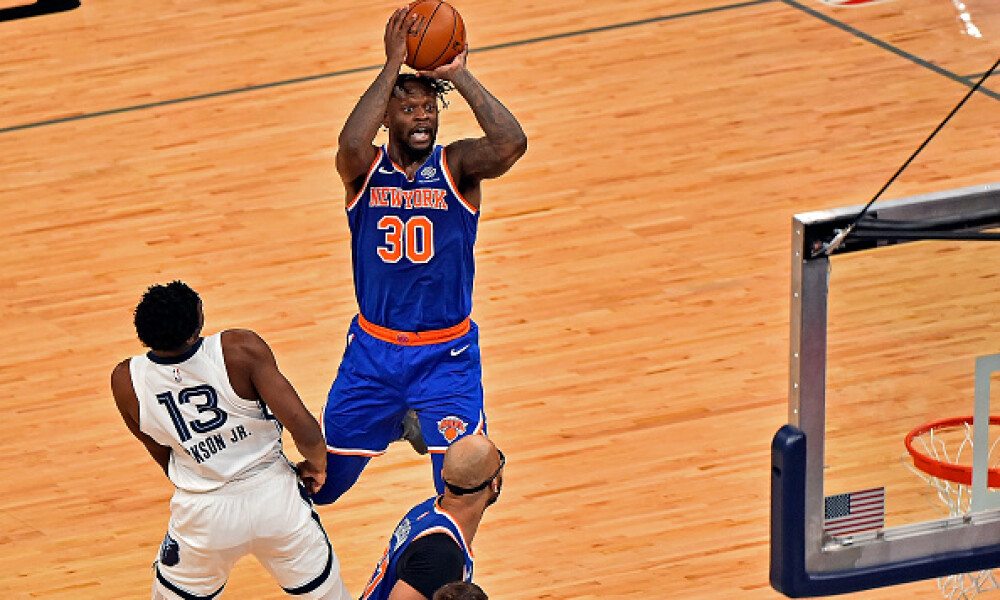 If you only knew then what we know now.

That is a sentiment we can repeat for many things in our lives, and sports certainly is one of them. We try our best to predict the future, but a 100% success rate just is not possible.

Raise of hands, how many people had the New York Knicks as the fourth best team in the Eastern Conference before the season started? I am going to try my best not to make this a love letter to the blue and orange, but New York was one of the biggest surprises of the NBA season. Yes, their weaknesses were exposed in the postseason, which triggered an early exit, but Julius Randle looked good on many fantasy teams this season. Randle was always a solid player, but with 24.1 points, 10.2 rebounds, and six assists per game, he took things to the next level.

If it were not for Nate McMillan taking over the Atlanta Hawks mid-season, I am not sure they would have made the playoffs, let alone dispatch the aforementioned Knicks. Trae Young emerged as a true star capable of carrying a team, but Atlanta has surrounded him with a very capable supporting cast as Clint Capela showed that he does not need to be in Houston to be one of the better fantasy centers in the league. Young can score with the best of them, 25.3 points per game, but he also averaged 9.4 assists per game as he showed he is not just a one-dimensional player.

For as dangerous as Atlanta was launching three-pointers (four players with at least two made per game), no one was able to touch the Utah Jazz in that department this season as they finished in first place in the Western Conference. When we last saw the Jazz, there were massive concerns about their team chemistry heading into this season, but we forgot about that quickly. Instead, they started shooting, and did not stop all season.

Rudy Gobert was a force inside with 14.3 points and 13.5 rebounds per game, and a large amount of credit for that does belong to Utah’s perimeter players as Gobert had plenty of room to operate in the post. His offensive abilities may be limited, but from a fantasy standpoint, it was hard to argue with the overall production.

Utah had five players (Donovan Mitchell , Jordan Clarkson , Mike Conley , Joe Ingles , and Bojan Bogdanovic ) make at least 2.5 three-pointers per game, as the Jazz certainly took that philosophy to the extreme. It also led to both Clarkson and Ingles both being finalists for the Sixth Man of the Year Award, along with Derrick Rose , and this is a trend we can expect to see continue next season as the success is clear.

The second best team in the Western Conference was equally as surprising as Chris Paul very quickly made his presence felt in Phoenix. The Suns obviously knew what they were doing when they traded for Paul, but I am not sure even the most optimistic expectations had this in the cards.

While we are talking about other bright spots from this past season, Jerami Grant and Michael Porter Jr should not be overlooked despite losing out to Randle for most improved honors. For Porter Jr, health is the most important variable and all Grant needed was a shot at full, unencumbered playing time even if it did come on a bad team.

There have been better rookie classes but do not tell that to Anthony Edwards and LaMelo Ball who both emerged on the scene. Both still have developing to do, but Edwards is a legit offensive threat averaging 19.3 points in his debut season. Ball gave us a more well-rounded performance (15.7 points, 6.1 assists, and 5.9 rebounds per game) as he appears to be the best of the much heralded family of point guards. With 14.6 points, 5.7 assists, and 4.8 rebounds per game, Lonzo Ball was not too bad either as prices himself out of New Orleans.

There were many more positives than mentioned above, and the best thing to come from this season was the fact that we had a season. Not every lineup lock was smooth sailing, stress ensued and games were missed, but we got there. I do not want to jinx anything, but the best thing you can say about these playoffs is that they feel normal.

We have a plethora of young stars to enjoy in Nikola Jokic , Luka Doncic , Zion Williamson , De’Aaron Fox, Jayson Tatum , Giannis Antetokounmpo among others, and a super-team in Brooklyn that is trying their best to stay healthy. Those names should not come as a surprise to anyone, as they are what fantasy teams are built around and I’m sure there are plenty of names I left out that others would jump up and down saying I should have included.

Ultimately, that is the best part of the NBA season because we had a full (or close to it) slate of games this year which led right into what has already shaped up to be an exciting playoffs.