What Does A Shortened MLB Draft Mean? 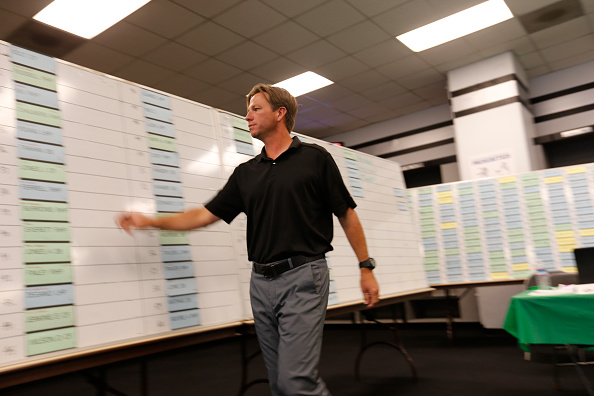 We are now roughly three weeks away from the scheduled date of the MLB June Amateur Player Draft that will happen June 10th. Typically, the baseball draft is the most rounds of any sports draft with 40 rounds taking place over three days. However, due to the events currently happening, this year’s draft will be only five rounds and following that, undrafted free agents will be allowed to sign with any team, but for a limit of a $20,000 deal. These are substantially different than what is typically offered for players that aren’t lucky enough to be drafted. The reasoning behind these adjustments seems to change depending on who is being cited in whatever interview or news report you choose to read. It’s either because of the lack of scouting that could happen this spring with baseball seasons at all levels cancelled due to the coronavirus, or it’s because the teams are losing revenue by having not been playing games so far this year and so they can’t outlay the normal amount of funds that they would for a full draft and regular signing deals for UDFAs. I tend to believe the former reason rather than the latter but that’s beside the point. How will these drastic changes affect the 2020 draft class? And what will the repercussions be going forward because of these decisions? Let’s sort that out.

To put in perspective what a five-round draft means for baseball, we will look at it in a few different ways. The NFL draft happened about a month ago with the full seven-round affair happening virtually. If the NFL draft had shrunk by the same percentage as the MLB draft is shrinking by, there would have been just under one and a half rounds of the draft, or 45 total picks. Also, as you can tell from the Farm Reports in the Draft Guide, there are several minor league teams per organization that all have at least 25 guys on the roster. Normally teams get to replenish the farm systems with 40 or so new draft picks coming aboard by now it’ll be just five plus whoever they can convince to sign a UDFA deal which is basically one pitching rotation for one team. For the teams that rely heavily on the draft to continue to build up their teams like the Tampa Bay Rays, Miami Marlins, and several other small-market teams, this will be quite harmful to their plans for when they can compete. If they hit on all of these picks, that’s great, but the odds of that happening in MLB is even slimmer than in the NBA or NFL. So while it’s the revenue aspect that is brought up in defense of shrinking the draft, the large-market teams will ultimately be less-affected by the shrinking of the draft and the small-market teams will have to dig deeper to out scout their brethren like they’ve relied upon doing to compete for years.

There are a few sides to this discussion however, so let’s dive into the players side of this talk. Unfortunately for the draft class of 2020, it’s one of the deepest in recent memory and so those players that would’ve been picked in rounds 6-10 and would still be considered very good prospects, now they’ll have to either sign for a lot less than what is typical for that spot in a draft let alone what a UDFA usually can sign for after the MLB draft. What’s a lot less you might ask? The first pick of the sixth round in a normal draft would get a $321,000 deal while the last pick of the 10th round would receive a $141,000 deal instead of the $20,000 max they can sign for this year. The guys that do get drafted will still get normal slot deals and likely be thought of highly in the organizations that take them since those draft picks are that much more valuable this year.

Clearing things up for those that might be unaware, a player can be drafted out of high school in the MLB draft but if they choose to go to college, they have to spend three years there before being draft eligible again. So with those stipulations in place, it may make taking a high school player that you’d then have to overpay to buy out from a college commitment a more risky proposition than normal since if they turn the deal down, the team loses 20-percent of their drafted talent pool. Also, if you’re a high school player, a ton of the scouting takes place at the elite level tournaments in your senior year and without those happening, there is a more blank scouting report for them right now. College players are certainly safer bets to be taken higher in the draft class than what might be typical in years prior. As for college players signing after the draft, it might be a tougher task to get them to sign with a max deal of $20,000 being offered, since most of them would get a higher salary in their field of study and with no minor league season guaranteed this year, the pay might be affected this year as well. Since we have seen the owners now trying to go back on the previous deal they had with the major league players on salary for a shortened 2020 season in the big leagues.

So, the teams will be harmed disproportionately by a shortened draft because the small-market teams will be short-changed in their development as compared to the larger-market teams who can pay top-dollar for free agents each year. Players and prospects will be harmed because not nearly as many will get a shot at their pro baseball dreams, or will have to adjust to a much lower salary for their first couple of seasons than what is typical for players of their ilk normally would have to deal with. But beyond that, there’s a different way to look at it for players that is potentially more harmful for baseball long-term amongst younger players. If you are a young player coming out of high school or even before being draft eligible and you play multiple sports, like a lot of these high school players do now, you might be looking to go with a different sport in college or professionally because of the debacle you just witnessed the MLB pull with their draft compared to other sports that haven’t changed their draft length and instead just moved it back. While it’s fair to say that baseball seasons at every level were the most affected by the coronavirus, the way the league and executives have handled the draft and the progression of negotiations for the season hasn’t been great and is turning off many young players. Disenfranchising a young talent pool for a sport that has already had more than its fair share of bad press about the shrinking interest level with lower TV ratings, some measures of attendance, and a decrease in following from younger fans, isn’t the wisest decision the sport hierarchy could’ve made at a time where strong decision making goes a long way in the minds of fans and players alike. In fact, this could be highly detrimental for the sport going forward for a few years to come.