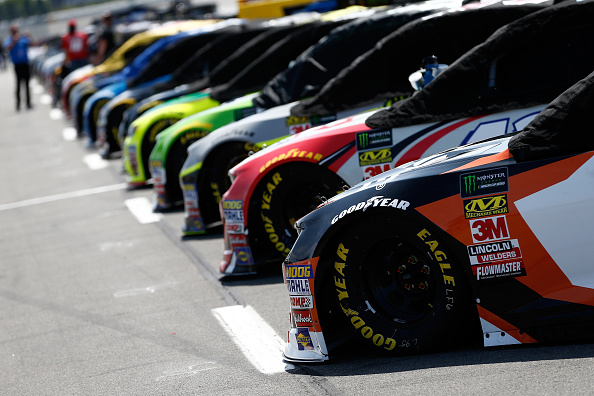 One of the unique tracks on the schedule is on the docket this weekend as the Cup series heads to the Pocono Mountains in Eastern Pennsylvania for the Pocono 400 at Pocono Raceway. The track is affectionately known as the Tricky Triangle for its difficulty in driving and its shape. The only three-sided track on the scheduled is also one of the longest at 2.5 miles per lap. So now we know it’s long and triangular but what else makes it unique?

Each of the three turns on the track are different. The most banked is Turn 1 at 14 degrees of tilt, modeled after the defunct Trenton Speedway. Turn 2 is the second-most banked at nine degrees as it takes its cues from Indianapolis Motor Speedway and Turn 3 is a wide, shallow, corner banked at just six degrees and pays homage to the Milwaukee Mile. The turns are connected by two of the longest straightaways on the NASCAR Cup series schedule in the front stretch, the longest, and the Long Pond Straight, between turns 1 & 2, that is the second-longest. The short chute connects turns 2 & 3 with Turn 2 also being called the Tunnel Turn. With all of the corners being different and requiring different styles to get through, it makes it a big challenge to get the cars balanced properly to be adequate to good throughout all three corners.

This week the cars will have the 550 horsepower, high-downforce, aero ducts package on it which has been on for six previous races including Talladega. This type of package should create a lot of drafting opportunities in the long straightaways and will make restarts absolutely insane as this is the widest track of the year as well and can easily fit six-wide on the front stretch.

Laps led and fastest laps points won’t be a big factor this week simply because there are only 160 laps in the scheduled race over three stages of 50-50-60 laps. Each of the last few Pocono 400s has had a driver lead about 90 laps and the rest be split fairly evenly, however, this package is designed to keep that from happening and so far has been pretty successful at that mission and should be again this week. Position differential will be a bigger factor in boosting point totals so focusing on getting those guys in your lineups is imperative to have a good week.