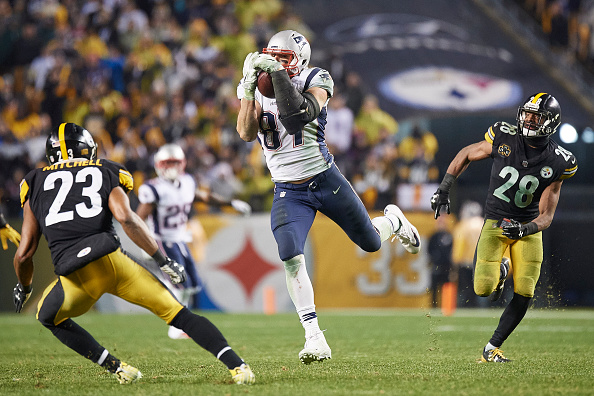 Week 15 was a pivotal week in football in general and in fantasy world too. With playoff spots on the line and playoffs getting started in most leagues, having your guys hit pay dirt was crucial to taking down your opponent and moving on. The same approach holds true heading into the championship week for most fantasy leagues. 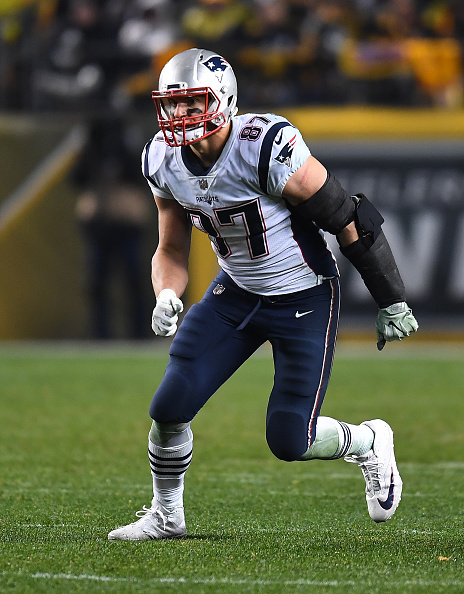 Rob Gronkowski – Gronk was in the “Ones to watch” section last week during his suspension because of his propensity to go off against the Steelers historically. He had another monster game against them on Sunday, garnering four red zone targets and catching two of them. He didn’t score, but it wasn’t for a lack of trying. Next up is the Bills, another team he’s dominated in the past, though only scoring twice in the last six games. Buffalo hasn’t been great against the tight end this season, so it’s another great chance for Gronk.

Michael Thomas – The Saints got all they could handle from the Jets on Sunday however when it came to the red zone, Thomas showed well. He was Drew Brees’ favorite target inside the 20, looking his way four times, out of the 10 chances he had. Thomas caught three of those targets including one for a score. The four looks puts him back in the lead on New Orleans with 16 on the season with nine coming since the start of December (the last three games).

Evan Engram – It was a high-flying affair against the Eagles and Engram managed to secure his first four-target game of the season along the way. The downside for the rookie tight end is that he didn’t catch a single one giving him incompletions on five of the last six balls thrown his way inside the 20. The targets did however tie Engram with Sterling Shepard for most of the team at 11, and he continues to be a big part of the passing game for Big Blue.

Eric Ebron – Ebron hadn’t seen action in the red zone since the last time the Bears and Lions got together, but that changed in Week 15. Ebron saw three passes thrown his way in the game, catching two of them and one for a score. He isn’t a much relied upon member of the passing game near the goal line, though second on the team in targets, but he does get the looks in bunches. If he caught more of the passes, just four out of 10 tries, Matthew Stafford might be more apt to throw him the ball regularly. 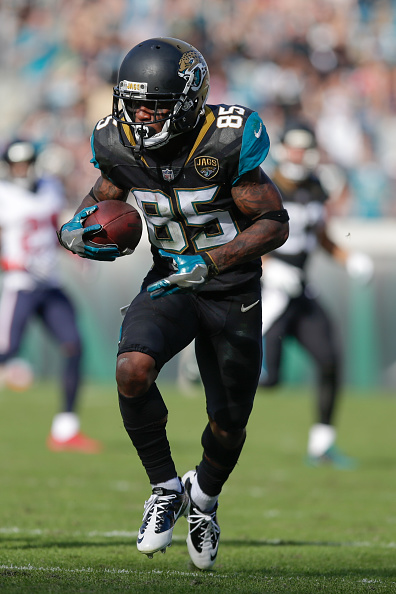 Jaydon Mickens – Those of you who play in leagues that give points for return yards, may already know Mickens name given his lengthy punt returns this season. However Sunday was a whole new level for the undrafted Washington product as he saw his first three red zone targets of the season. He caught two of them, both for touchdowns, as the Jags look for receivers to step up Allen Hurns out and Dede Westbrook having a bad day. It’s too early to declare this more than a one week wonder against a bad team, but certainly worth flyer consideration in deep GPPs.

Damiere Byrd – Like Mickens, Byrd also saw his first red zone action of the season on Sunday. He hauled in both targets for two touchdowns, including one that led to a long review as he was falling out of bounds trying to secure the ball. Devin Funchess, Greg Olsen (when healthy), and Christian McCaffrey all are favorites of Cam Newton so Byrd has some work to do in the next two weeks to make this more than a one-week showing.

Robert Woods – Woods had miss the last few games with an injury, but returned to fine form against the Seahawks in a crucial divisional game. He snagged both targets and had one touchdown in the blowout win. Now that being said, he still trails by a wide margin in the team lead department as Cooper Kupp has seen 22 targets thus far in his rookie campaign, however, Woods is still the more efficient target catching 75% of his looks compared to Kupp’s 54.55%.

Stefon Diggs – Diggs had himself his first two-target game since the middle of November and he made use of it. Nabbing two catches, including a 20-yard touchdown, that gives him eight catches on the year inside the 20, five of which have gone for scores. Adam Thielen has taken over the top wideout role Minnesota, but this week was a reminder that Diggs is still lurking there to be used. 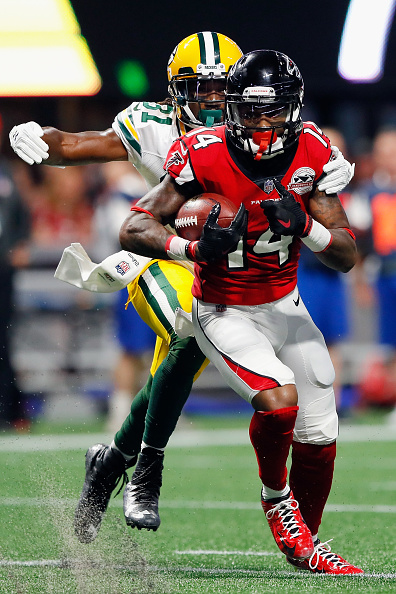 Justin Hardy – Hardy doubled his previous season total this week with a three-target effort against the Bucs, which isn’t shocking given the sorry state of Tampa Bay’s secondary. Hardy turned those looks into a single catch for a touchdown. On the six targets for the year, he has four catches and three touchdowns, plus he’s a bit of a deep threat (which the Saints aren’t great against), he could see some looks again this week.

Kareem Hunt – The change in offensive coordinators in Kansas City has been a welcomed sign for Hunt owners down the stretch and Sunday showed a bit more why. He got two targets thrown his way in the red zone against the Chargers, the first time since mid-November and just the second time all season. The Chiefs are incorporating Hunt into the offense more each week, and that can only bode well for his owners. The Chiefs get Miami in Week 16 and a defense who has given up the fourth-most receptions and second-most receiving touchdowns to running backs this season and ranks 19th in DVOA against receiving running backs overall.

Eli Rogers – The injury to Antonio Brown will no doubt put pressure on the rest of the Steelers’ offense to keep the momentum going into the playoffs, and Rodgers appears to be responding. He has seven targets on the season, but four of them have come in the last two games. Against New England he was thrown to twice and caught one for a touchdown, the other was intercepted. There are several viable candidates to look at in the receiving corps with Martavis Bryant and JuJu Smith-Schuster leading the way, but Rodgers is a sneaky play against a Texans defense getting shelled through the air and ranks in the bottom-five DVOA-wise across WR1, WR2, WR3, and TE spots.