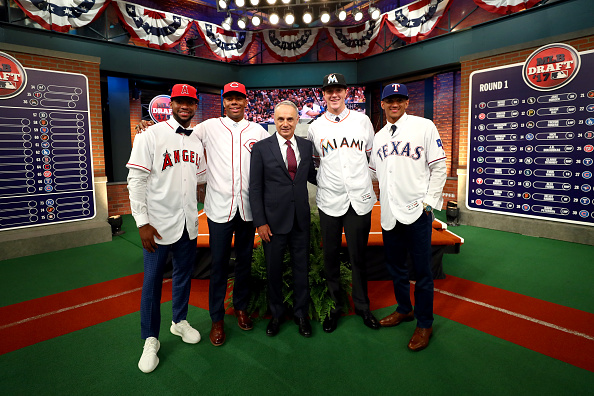 It’s that time of year again.

Coming with it is the 2017 MLB Draft, a three day marathon, winding its way through 40 rounds of college, high school, and certain international players. Draft correctly and you could be set at a couple of positions for the next several years. Draft wrong and it’s back to the drawing board a few years later. And there enlies the problem with the draft, it takes three years or so to figure out exactly how teams did or didn’t do in each draft. Of course there are things other than just talent that factor into draft picks, mainly signability (whether or not they are heading to college and will require a big time bonus or above slot contract), but we’ll touch on that later.

First rounders are generally the ones that turn into the top prospects but second and third rounders are in the running too. So I will focus on first looks at players selected in those rounds in this piece. 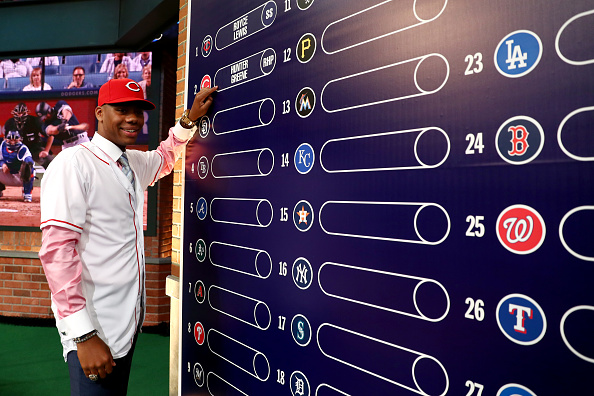 The Twins kicked the draft off by making Royce Lewis, a shortstop from JSerra Catholic High School in California, the number one overall pick. He was ranked fifth overall by Baseball America coming into the draft and ranks that high due to his hit and speed tools. There is hope that power follows as he fills out, however I don't see that happening. I see him as a future speedy middle infielder or center fielder that doesn't carry a lot of value in the fantasy realm.

Hunter Greene was the talk of the draft all Spring as his two-way status and amazing skill on the mound made him a novelty from the high school ranks. He went number two overall to Cincinnati as a RHP who consistently hits 100+ as a starter and mixes in average, at this point, breaking stuff and change up. He also played Shortstop well enough to be a first-round pick in the field as well. At just 17, he won’t be up in the bigs for at least four years as he works on secondary offerings and getting out professional hitters.

At third overall, San Diego took a guy that many scouts believe to be the best pitcher in the draft in MacKenzie Gore. He is a LHP out of the North Carolina high school ranks who put up video game type numbers the last two seasons. In 157.2 innings he went a combined 23-1 with 332 strikeouts and a 0.13 ERA. Like I said, video game. Gore sits 92-95 with his fastball and works in a curve, slider, and change that all work as plus offerings. He, like Greene, has likely four years of minor league ball ahead of him but he is a future ace in San Diego.

The Angels held the 10th pick in the draft and used it on the player with the best overall tools in the draft in Jordan “Jo” Adell. Adell is a high school outfielder from Kentucky who was committed to Louisville before the draft but will now head to the rookie ball levels for the Angels. He grades out at 45 Hit, 55 Power, 65 Run, 60 Arm and Field on the 20-80 scale. He led all high school position players in homers this season with 25 and won the Area Code Games Home Run Derby as well. If his hit tool matches the others, he could be a heck of a one-two punch with Mike Trout down the line.

Heading down the I-5 to the other team in L.A. gets us to the 23rd pick in the first round and a toolsy outfielder from Vanderbilt in Jeren Kendall. Baseball America had him inside the top-10 for overall prospects in the draft giving the Dodgers a steal of a pick. That’s fitting for Kendall since he has 80-grade speed to go with a 70-grade arm and 60-grade power from a true centerfielder. His downside this year, and led to him slipping, was his swing-and-miss habit. He struck out 74 times in 62 games at Vandy, but that was an increase over past seasons. Tremendous bat speed, defensive prowess, and speed to burn gives him a comp to George Springer with more of A.J. Pollock’s speed. Three years in the minors should be enough to get him to patrolling the outfield grass at Chavez Ravine.

The second to last pick in the second round saw Texas take California high school RHP named Hans Crouse who features an electric fastball and an average to above average curveball. Crouse was considered a late-first round talent but there are some questions about his future projections in terms of starter or reliever. He has a 97 mph fastball that may have the best life of any in the draft and his curve ball has a spin rate 8.4% higher than the average major leaguers, in fact it comps to Marcus Stroman’s and Stephen Strasburg’s. That’s not to say his stuff is to that level though. His downfall is a “useable” change up that really isn’t anywhere close to a quality offering. If he can’t get a third pitch, he will likely be relegated to a setup or closer role in the pen. However, a third plus-pitch gives him number two starter upside.

In every draft there is a player who is simply loved by all scouts and this year is no different. A 5’9”, 155 lbs. Shortstop out of the San Diego area is just that guy this year. His name is Nick Allen and he was drafted 81st overall by Oakland despite being ranked 29th by Baseball America. He is a defensive wizard with very good speed and a plus-Hit tool. In his senior campaign he hit .297 with two homers, 10 doubles, 16 RBI, and 23 steals after hitting .469 as a Junior. In four years of prep ball he stole 105 bags. Some scouts give him a comp to Jose Altuve with less power but same hit and speed tool. It will take a few years but Allen should be anchoring the infield in Oakland sometime near 2022.