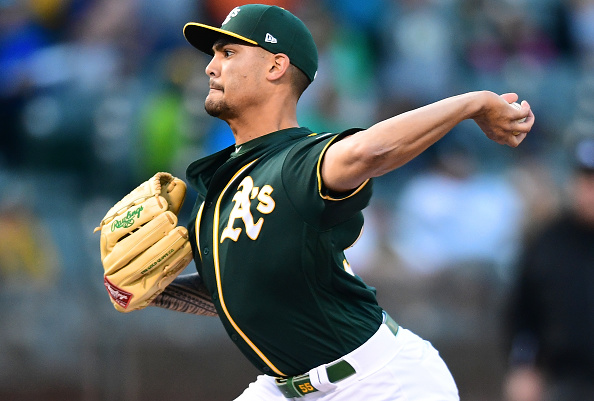 This season has been a complete mess, with constant PPDs due to COVID-19 and players having the ability to opt out at anytime. Luckily, we have no team’s currently dealing with it and all teams are playing, but we know that can change at any time.  We are getting down to stretch run of the season and every move is pivotal at this point. Without further ado, let’s dive in!

Jared Walsh , LAA 1B – Walsh has found everyday playing time in the month of September and he has taken full advantage of it. He is hitting .389 with five home runs, 13 RBI, and 10 runs scored over 10 games this month. He has hit second in the Angels lineup in three straight games, which is arguable one of the best spots to hit in this lineup as he has a base hitting machine in front of him in Fletcher and he has the best player on the planet behind him in Trout, followed by another stud in Rendon. That should allow for ample RBI and run scoring opportunities. I think he’s worth rostering, at least until we start to see him cool off or get moved down in the lineup.

Ty France , SEA 2B – France is quietly having a strong season, hitting .330 with four home runs, 16 RBI, and 14 runs scored through 29 games split between the Padres and Mariners. He was a part-time player for the Padres, which made him uninteresting for fantasy, but he’s playing every day for the Mariners and we need to take notice. In nine games with Seattle, he’s hitting .364 with a pair of dingers and six RBI. He has hit second in the Mariners lineup in four straight games, which is a spot we love in the order for fantasy production. Through 66 batted ball events, he has a 9.1-percent barrel rate which is nearly three-percent higher than the MLB average, which leads to no surprise that his xBA is a strong .304. He has some fantasy appeal right now.

Sean Manaea , OAK SP – Manaea got off to a completely awful start to begin the year and if you look at his numbers for the season of a 4.46 ERA and 7.2 K/9 you could be asking “how is his stock up??” Well, that’s because he’s been lights-out lately. He has a 1.98 ERA, 4-0 record, and .204 BAA over his last five starts with 21 strikeouts across 27.1 innings pitched. Of course the strikeout rate could be better, but everything else is fantastic. On top of that, his 3.33 FIP and 1.18 WHIP both indicate that he’s been better this year than his 4.46 ERA indicates. Pitching for Oakland is an ideal situation as well, giving him a good chance at a win any time he takes the mound and having a home ballpark that is great for pitching. He should continue to be useful down the stretch run of the season.

Josh Naylor , CLE OF – Some hoped there would be some upside in Naylor with his move to Cleveland in a trade, but it couldn’t be further from that to this point. He is hitting .147 with zero home runs and zero stolen bases across 12 games with the Indians thus far. He is 0-10 over his last five games and 3-28 over his last 10 games. That has led to a decrease in playing time with him sitting twice over the last six games. Obviously he shouldn’t be on any fantasy teams at this point as he is doing nothing but killing averages. The future for the once top-100 prospect is starting to look less exciting.

Daz Cameron, DET OF – Cameron was a top-100 prospect at one point for the power/speed combo that he showed in the minors. That type of player will draw excitement from fantasy players when he is called up, even if it’s been a few years since he was in the top-100. And even at the AAA level last year, while he didn’t hit for a great average, he still hit 13 home runs and stole 17 bases. BUT, he has been atrocious since Detroit called him up as he is 1-20 with a single while striking out eight times. You simply cannot afford to roster someone like that at this stage of the season. Regardless if there is upside or not, it doesn’t matter. He should not be owned in any leagues.

Carlos Martínez , STL SP – Martinez’s struggles continued in his last start, as he was hit around for six hits and three runs across just four innings of work. I think the worst part about that outing is the fact that it lowered his ERA by being his best start of the season. His ERA now stands at 10.32 through three starts with 20 hits and four home runs against across just 11.1 innings of work. He does have 13 strikeouts, which offer a bit of hope, but I don’t see how you can trust him right now to do anything besides destroy your WHIP and ERA. He still has great stuff and there will be upside with him next year, but I wouldn’t want him on my roster at all for the remainder of the 2020 season.