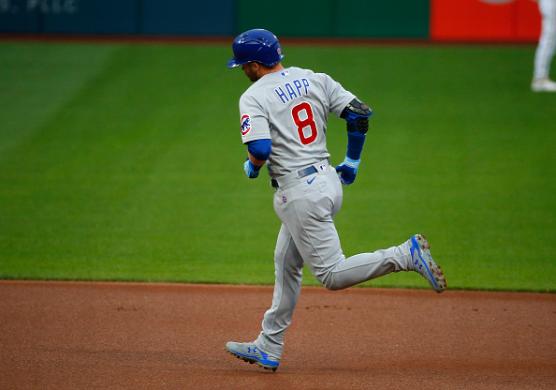 This season has been a complete mess, with constant PPDs due to COVID-19 and players having the ability to opt out at anytime. Luckily, we have no team’s currently dealing with it and all teams are playing, but we know that can change at any time.  This is a whacky season and it’s very difficult for us as fantasy managers, but all we can do is work around it to the best of our abilities. Without further ado, let’s dive in!

Ian Happ , CHC OF – The fantasy industry has been calling for the Happ breakout campaign for a few years now after his strong rookie season and it appears that we are finally seeing it happen. He is hitting .301 with 12 home runs and 24 RBI through 40 games played and, as you can see below, his stat cast numbers are very impressive, especially his 97th percentile hard hit rate. He is locked into an everyday role and even with the Cubs lineup finally fully healthy, he remains at the top of the lineup in the leadoff spot. He should continue to be a solid source of power and runs scored, though I do expect the batting average to drop a bit, probably into the .270’s. While I do like Happ and believe in him being a strong fantasy asset, it’s probably not a bad time to SELL high on him.

Tejay Antone, CIN SP – Antone hasn’t fully locked in a spot in the rotation for the Reds yet, but he certainly deserves one. He has a 2.49 ERA, 0.95 WHIP, and 11.7 K/9 through 25.1 innings pitched this year. He was lights-out Sunday against the Pirates, firing five innings of one-run ball while striking out six. However and perhaps more importantly, the biggest things to like about Antone is his stat cast numbers, which are incredible and really make you think more good things are coming for the rookie pitcher. He ranks in the 92-percentile or better in nearly every single area and it backs up the production that he has to this point in the season. He is probably going to start Monday against the Pirates once again and if he is available you may want to grab him. 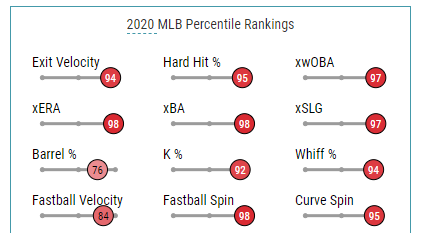 Kyle Tucker , HOU OF – I have been wanting and hoping for Tucker to become a full-time player for over two years now and it’s so nice watching him actually get a chance now. After a slow start to the year and bouncing in and out of the lineup, he has found a groove and an everyday gig and he is crushing it. He is hitting .284, with eight home runs, 37 RBI, 39 runs scored, and a league-leading six triples across 39 games played. On top of that, he’s a perfect 5-5 on stolen base attempts. Add it all up and he’s been a top-15 fantasy player this season. Unfortunately his price has sky rocketed and it’s going to be tough to trade for him in dynasty leagues. I would not look to sell high on him either though because this kid is going to continue to be a stud.

Gary Sánchez , NYY C – Sanchez has been riding the pine more frequently for the Yankees and it’s hard to blame Boone for making that decision, seeing as how Sanchez is hitting an unsightly .130 with seven home runs and 15 RBI through 32 games. He has 48 strikeouts across 100 at-bats. That is not a typo; he is striking out in nearly half of his at-bats. He has the second highest strikeout rate of any hitter in baseball who has at least 100 plate appearances. It’s almost remarkable that he has still managed to hit seven home runs this year, considering he has just 13 total hits on the season. On top of the offensive struggles, he’s not any good behind the dish defensively, so it’s a tough pill to swallow for the Yankees to put him in the lineup right now. He’s doing nothing but hurting fantasy teams right now and I wouldn’t want him on my roster in redraft leagues.

Patrick Corbin , WAS SP – It’s hard to explain what has happened to Corbin this year. He’s been bad. Flat-out. He has a 4.34 ERA, 1.47 WHIP, and lousy 8.3 K/9. This is far from the guy that we have seen the past few season and it’s not due to bad luck either. He is getting hit all over the ball park and his 4.29 FIP is nearly identical to his ERA, so he’s producing as he should be, which is not a good sign for better things to come. As you can see by his stat cast numbers below, it’s not pretty. On the bright side, he’s not killing your ratios and you don’t need to consider dropping him, but he’s been a huge bust and a massive fantasy disappointment. 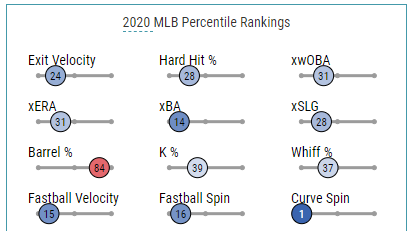 Elvis Andrus , SS TEX – The Rangers Head Coach Chris Woodward came out and said that the team will away from Andrus being an everyday player. Hard to argue with that decision, considering how awful Andrus has been this year, hitting just .180 with one home run and five RBI through 25 games played. His line drive rate is far lower than it ever has been in his career as he is hitting line drives just 14.5-percent of the time. On top of him struggling mightily, the Rangers are also just 13-26 and far out of playoff contention, so it makes sense to want to give the young guys more looks going forward. He has no value in any league right now and if you haven’t dropped him yet, it’s past time to do so.

Amed Rosario , NYM SS – Rosario has played his way from full-time starter to in a platoon with Andrés Giménez . Not exactly ideal for fantasy purposes, especially considering Rosario is on the weak side of the platoon. I can’t blame the Mets for making this move and it’s one that I agree with. Gimenez has out-hit Rosario and he is an elite defender, something Rosario is not. As you can see with his stat cast numbers below, it’s not been bad luck for Rosario as he currently ranks poorly across the board except for sprint speed. And that sprint speed means nothing because he doesn’t know how to steal bases as he is 0-1 on attempts this season, compared to Gimenez who is a perfect 7-7 on stolen base attempts. Rosario can be dropped in all redraft leagues.

R. Healy - 3B
MIL
Brewers sent INF Ryon Healy outright to Triple-A San Antonio.
Healy actually batted cleanup for the Brewers in one of his two starts, but he finished with just one hit in seven at-bats during his time with the big club. It's been years since the 28-year-old showed an above-average ability with the bat, but perhaps he'll find a major league job this winter with MLB clubs focused more on cost savings than actually putting a winning product on the field.
Added 8:43 am (EST)
Added 8:43 am (EST)