Fantasy Baseball Daily Round Up: September 18 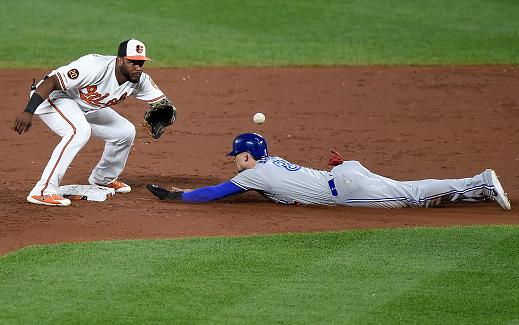 Cavan Biggio takes home spotlight honors with a ridiculously good performance on the road in Baltimore. He hit for the cycle and also stole a pair of bags, becoming just the second player to ever do that. He led all players in DFS scoring… and by nearly 20 points! He is only hitting .230, but he does have 14 home runs, 42 RBI, 58 runs, and 13 stolen bases across 313 at-bats as a rookie. If you expand that to a full season (say 500 at-bats) that becomes a 22 home run, 67 RBI, 92 runs scored, and 20 stolen base season. A 20-20 season from a rookie? That’s pretty darn good and he is someone that should be fully on your draft radar next season if he slips in drafts due to that low BA.

Cavan Biggio has hit for the cycle! pic.twitter.com/yqNYCz0jVW

Pete Alonso went 2-4 with a home run and two RBI. The home run was his league-leading 48th shot of the year. He is hitting .264 with 93 runs scored and 111 RBI to go along with those 48 dingers. He should take home the NL ROY award.

Tim Anderson racked up four hits, a home run, and two RBI in the White Sox 8-9 loss to the Twins. He is hitting an MLB-leading .336 this year with 17 home runs and 16 stolen bases. Unfortunately he only has 75 runs and 55 RBI playing for a bad White Sox team.

Gleyber Torres finished 2-4 with a home run, three RBI, and two runs scored. He is now hitting .285 with 38 home runs, 90 RBI, 96 runs scored, and five stolen bases. A second baseman with 38 home runs is absurd and he has been a massive value in fantasy baseball this year.

Yordan Alvarez only had one hit, but it was a solo home run and he also walked in the Astros 4-1 win over the Rangers. His ridiculous rookie campaign continues, as he is now hitting .316 with 26 home runs and 76 RBI through his first 78 games played. He will win AL ROY, despite only playing barely more than the season. 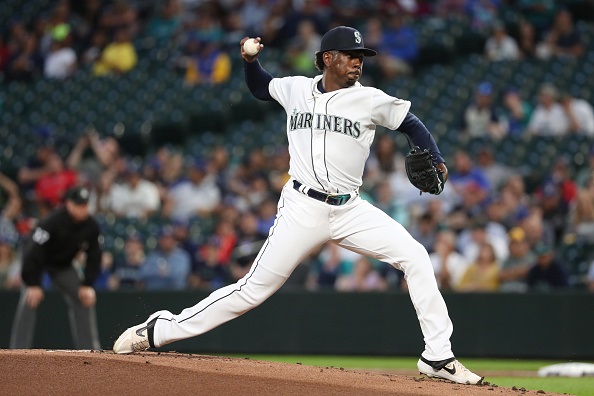 Justin Dunn (0-0, 27.00 ERA) will look for better results in his second career start when he takes on the Pirates later tonight. He only lasted two outs his first time around, walking five, giving up two hits, and two runs. He is expected to go two-to-three innings tonight.

Max Scherzer (10-6, 2.65 ERA) will take on the Cardinals in what could be a pivotal matchup for playoff seeding and in the NL Cy Young race for Mad Max. He will also be looking to bounce back from a rough outing his last time out, giving up three runs across five innings of work.

Aaron Civale (3-3, 1.93 ERA) will take on the Tigers as he looks to continue his fantastic rookie campaign. He hasn’t given up more than three runs in any of the eight starts he has made to this point. The Tigers are the worst offense in baseball against righties this year and Civale should be able to keep the good times rolling.