Fantasy Baseball Daily Round Up: September 1 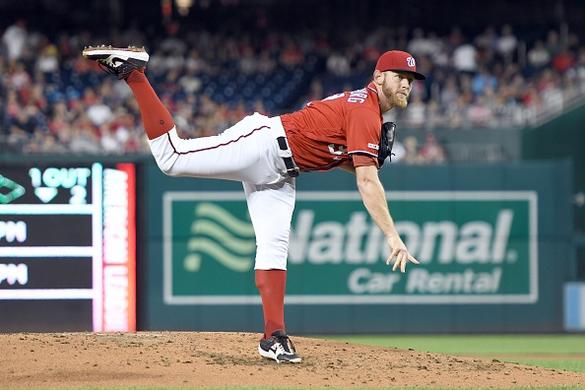 Stephen Strasburg takes home spotlight honors with his lights-out gem against the Marlins. He picked up the win after firing eight shutout innings. He gave up two hits while striking out 14. He led all players in DFS scoring on both FanDuel and DraftKings. Yes, it was the Marlins, but that's still a very impressive line nonetheless. The 14 strikeouts matched a season-high, as did the eight innings pitched. It was his second straight outing with double-digit strikeouts and his sixth such outing of the year. His last two starts against the Marlins have resulted in a total of 15.1 innings, four hits against, zero runs, and 28 strikeouts. Not too shabby. He will carry a 16-5 record and 3.47 ERA into his next outing.

STRIKE 'EM OUT, SHUT 'EM OUT! Stephen Strasburg strikes out 14 in the #Nats' shutout of the Marlins! pic.twitter.com/EWz7cgPxET

Gary Sánchez launched a pair of solo home runs in the Yankees walk-off 11 inning win over the A’s. The Kraken accounted for the majority of the Yankees offense, as they only had six hits and four runs. He continues hit strong month of August in which he is now hitting .261 with eight home runs. The slugging catcher is still only hitting .235 for the year, but it comes with 32 home runs and 71 RBI.

Bryce Harper had a bash-and-dash game in the Phillies 6-3 loss to the Mets, finishing 2-4 with a home run, two RBI, and a stolen base. He extended his hitting streak to eight games and he is now hitting .267 with 10 home runs and 23 RBI in August. He is now hitting .257 with 29 home runs, 97 RBI, and nine stolen bases on the year. For as much crap as he gets… he’s still having a pretty good year.

Wilson Ramos collected four hits in the Mets win. He had a double, a RBI, and a pair of runs scored. He extended his hitting streak to 24 games and he is hitting .415 in August with three home runs and 19 RBI. The strong month has him up to a .299 batting average for the year with 13 home runs and 66 RBI.

Mitch Garver finished 2-3 with a pair of solo home runs, two walks, and three runs scored. That gives him three home runs in the past two days and six for the month of August. Garver has had a nice breakout campaign, hitting .272 with 26 home runs and 57 RBI.

Christian Walker only had one hit, but it was a two-run home run off Kershaw. That is notable because of how well Walker has done against him. He came into this game 4-8 with three HRs against Kershaw, so after yesterday it’s safe to say he has his number. He is now hitting .263 with 24 home runs, 61 RBI, and eight steals.

Kevin Newman continued to enjoy his Coors trip, going 3-5 with a home run, two RBI, and three runs scored. He has racked up nine hits in the first three games of the series with three home runs, six runs scored, and six RBI. He is hitting .313 with 10 home runs and 13 steals. 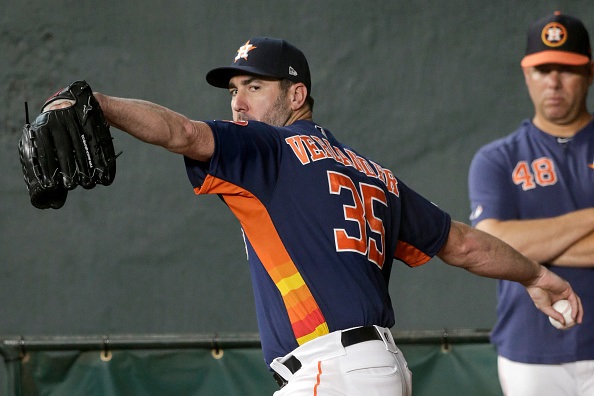 Justin Verlander (16-5, 2.69 ERA) will take on the Blue Jays in Toronto. He lost a streak of seven straight starts with double-digit strikeouts his last time out (only striking out four), but he’s a pretty safe bet to dominate in this one. He will need to too, as he battles for AL Cy Young honors with his teammate (Cole).

Another slugfest in Colorado is on tap today. Brault has been pitching pretty well for the Pirates lately, but that doesn’t mean a whole lot when you take a trip into Coors. He still has a lousy 4.06 ERA and 1.43 WHIP this year. Hoffman is expected to pitch for the Rockies and he has a 7.81 ERA this year.

Andrew Heaney (3-3, 3.95 ERA) will look to keep his hot streak going in a tough matchup with Boston. Heaney has given up just one total earned run in his last two starts, a span of 14 innings, and he has struck out 24 in that time. He will have his hands full in this one though and will need to be on top of his game.