Fantasy Baseball Daily Round Up: August 25 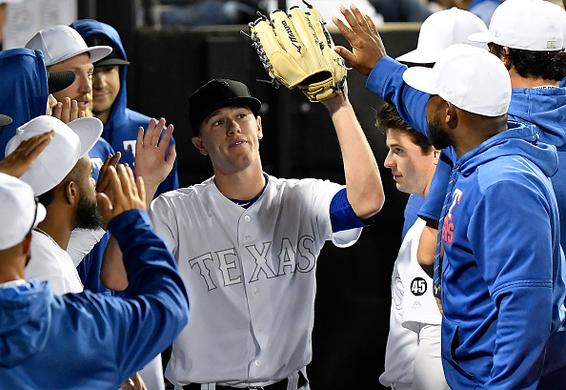 It was a very lackluster day in the MLB with only one player scoring North of 30 points on DraftKings. That player was Kolby Allard (30.6 points), so it is Allard who takes home spotlight honors. It was easily the best outing of his career, as the lefty tossed 6.1 shutout innings in a win over the White Sox. He gave up six hits while striking out a career-high eight batters. It was the first time in his career (five starts) that he has pitched at least six innings. He’s been somewhat up-and-down since joining the Rangers, but he does have 23 strikeouts across 21.1 innings pitched and may turn out to be deep league relevant for the remainder of the season. He will carry a 2-0 record and 4.64 ERA into his next outing.

4 strikeouts through 2 innings for @KolbyAllard!

In case you wanted to watch one of them on an infinite loop, here you go!#TogetherWe | @Rangers pic.twitter.com/y80TCH3EDx

Bo Bichette continues to impress, he went 3-5 with a home run, a double, three RBI, and two runs scored. This kid appears to be special; he is now hitting .345 with eight home runs, 18 runs scored, 14 RBI, and a pair of steals through 110 career at-bats.

.@19boknows notched his 14th multi-hit game tonight, the most through a player's first 25 career games since 1936 (Joe DiMaggio and Roy Weatherly). pic.twitter.com/lb5k1KNPPb

Trea Turner had a solid day at the dish, going 2-3 with a pair of walks, two runs, and a stolen base. The swipe was his 27th of the season and he is now hitting .298 with 13 home runs and 90 runs scored. Injuries have been an issue in his career, but he continues to be fantastic when healthy.

Pete Alonso tied the Mets record for home runs by hitting his 41st of the year. It was his only hit of the game, but it was a three-run shot to give the Mets the lead (which they quickly lost). The “Polar Bear” is now hitting .266 with 41 home runs and 100 RBI. He’s still just a rookie.

Francisco Cervelli had a fantastic debut for the Braves, going 3-5 with a pair of doubles, three RBI, and a run scored. Cervelli was really struggling with the Pirates, so maybe the change of scenery will do him some good. He should not be on your fantasy radar.

Alex Bregman finished 2-3 with a home run, a walk, and three RBI. He is swinging a very hot bat in August, hitting .405 with six home runs and 26 RBI during the month. He is well on his way to another top-five finish in the AL MVP voting. He is now hitting .283 with 32 home runs, 97 runs scored, and 89 RBI on the year.

Omar Narváez finished 2-5 with a home run and three RBI in the Mariners 7-5 loss. He is having a great year, hitting .287 with 19 home runs, 56 runs scored, and 47 RBI. He has already set new career highs in all of those categories and he’s been a top-five catcher in fantasy this season. 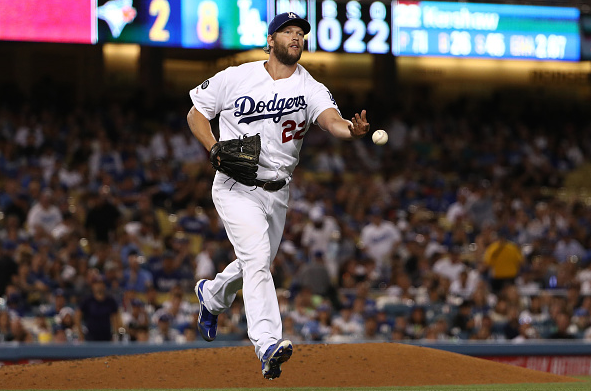 Clayton Kershaw (13-2, 2.71 ERA) and Domingo Germán (16-3, 4.15 ERA) provide us with the top pitching matchup of the day. Kershaw has tossed a quality start in eight straight, but this will be a tough test. German will be looking to bounce back from a poor performance in his last outing.

Logan Webb (1-0, 1.80 ERA) will make his second career start when he takes on the Athletics later today. He looked good in his first outing, giving up just one earned run while striking out seven across five innings of work. This isn’t the worst of matchups.

Shane Bieber (12-6, 3.26 ERA) will take on the Royals in what should be a good matchup for the righty. Beiber is working on a string of six straight quality starts and he should be able to pick up another one today against KC. It’s been a big breakout campaign for 24-year old.

S. Marte - CF
ARI
Starling Marte was back at Diamondbacks camp on Friday.
Marte had missed three straight days of summer camp workouts for undisclosed reasons. Perhaps he came in contact with someone who was COVID-19 positive or returned a positive himself at some point in MLB's testing protocol. Whatever the case, the 31-year-old outfielder now looks poised to be ready for the start of the 2020 campaign and he should be a top-30 pick in most standard fantasy drafts.
Added 8:57 pm (EST)
Added 8:57 pm (EST)

H. Pence - RF
SF
Hunter Pence has been diagnosed with inflammation in his right foot.
That's all the MRI showed, which is good news. Pence has been cleared to resume hitting at Giants summer camp in San Francisco, and he'll just hold off on running for a little bit. The 37-year-old revitalized his career last season with the Rangers and projects to open the 2020 campaign as the Giants' primary DH.
Added 8:54 pm (EST)
Added 8:54 pm (EST)

C. Knebel - RP
MIL
Corey Knebel (elbow) pitched one inning Friday in an intrasquad game.
"It felt good to be back out there," Knebel said after the appearance. "I'm happy with how I feel right now. Everything feels good, so that's a positive." The 28-year-old should be fully recovered from Tommy John surgery, or pretty close to it, and he would seem to be in line to serve as an important setup man this season for the Brewers. Knebel had a combined 2.54 ERA and 214 strikeouts in 131 1/3 innings between 2017-2018.
Added 8:08 pm (EST)
Added 8:08 pm (EST)

K. Calhoun - RF
ARI
Kole Calhoun arrived at Diamondbacks summer camp on Friday.
Calhoun tested positive for COVID-19 during the intake stage and missed the first week of camp, but all is apparently well now and he has a good shot at being fully ready for Opening Day. The 32-year-old outfielder put up 33 home runs in 152 games last season with the Angels and went on to sign a two-year, $16 million free agent contract with Arizona. He holds some fantasy appeal in deeper formats.
Added 6:40 pm (EST)
Added 6:40 pm (EST)

G. Lux - 2B
LA
Gavin Lux has joined the Dodgers' summer camp workouts in Los Angeles.
He is expected to start seeing action in intrasquad games within the next few days. Lux missed the first week of summer camp for undisclosed reasons, and manager Dave Roberts declined to elaborate after announcing the young infielder's arrival on Friday evening. Lux will try to put a stamp on the starting second base job over the next two weeks. He carries intriguing fantasy upside with an everyday role.
Added 6:15 pm (EST)
Added 6:15 pm (EST)

J. Ruiz - RP
CWS
White Sox placed RHP Jose Ruiz on the 10-day injured list.
Ruiz has been missing from summer camp in Chicago with no explanation, and the White Sox still aren't specifying an injury. It's probably safe to assume this is somehow related to COVID-19.
Added 6:11 pm (EST)
Added 6:11 pm (EST)

Y. Moncada - 3B
CWS1
White Sox placed 3B Yoan Moncada on the 10-day injured list.
Moncada has yet to arrive at summer camp in Chicago and would now seem to be in danger of missing the start of the season. The White Sox aren't specifying an injury, which probably means his absence is related in some way to COVID-19. Moncada broke out last year with a .315/.367/.548 batting line, 25 home runs, 79 RBI, 10 stolen bases, and 83 runs scored in 132 games before signing a five-year, $70 million contract extension this spring. What a strange fantasy season this is going to be.
Added 6:07 pm (EST)
Added 6:07 pm (EST)