Fantasy Baseball Daily Round Up: July 31 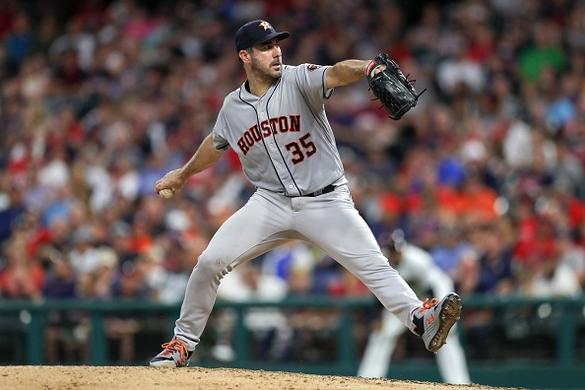 Justin Verlander takes home spotlight honors with his gem in a win over the Indians. He tossed seven shutout innings and gave up just two hits while striking out 13! He led all players in DFS scoring on both FanDuel and DraftKings. It was his third straight start with double-digit punch-outs and he now has 196 strikeouts across 151.2 innings pitched. It was his 14th outing of at least six innings while giving up two or fewer earned runs. He’s been dominant all year long and he has to be the front-runner for AL Cy Young at this point in the season. He will carry an impressive 14-4 record and 2.73 ERA into his next outing. Equally impressive is his 0.81 WHIP and .169 BAA.

Corey Dickerson had a double-dong night and also singled as part of a five RBI game. The home runs were his first of July, but he is hitting an impressive .328 for the month. He is now hitting .317 on the year with four home runs and 25 RBI through 126 at-bats.

Adam Duvall had a big night, going 4-5 with a pair of solo dingers and an additional run scored. He is off to a crazy hot start since being recalled, going 9-17 with three home runs in his first four games. He should continue to see regular playing time with Markakis out for the year.

Michael Conforto stayed hot last night, going 3-5 with a solo dinger, a double, a walk, and a pair of runs scored. It was his third straight game with a home run and his fifth of July. He now has 21 home runs, 55 RBI, and five stolen bases on the year to go along with a .256 batting average.

Andrew Benintendi stayed hot, finishing 3-4 with a home run, a walk, and three RBI. Benny is hitting a ridiculous .514 with four home runs and 12 RBI over his last eight games. The hot week brings his batting average for the year up to .285 to go along with 11 home runs and nine stolen bases.

Vald Guerrero Jr. also remained hot, going 2-5 with a RBI single and a grand salami. Vladdy is now hitting .395 with three home runs and 17 RBI(!) over his last 11 games. In that span he has seven multi-hit games. It appears that the big time prospect has figured out big league pitching.

If it doesn't come back, it means you threw it to Vladdy ???? pic.twitter.com/Dm5olrcXRk

Matt Olson went 2-5 with a walk-off home run and two RBI. He is having a strong July, hitting .281 with six home runs and 15 RBI. For the year, he is now hitting .258 with 22 home runs and 47 RBI across 279 at-bats. He should continue to be solid source of power for fantasy owners.

Amed Rosario collected four hits (all singles), a stolen base, and a run scored in the Mets extra inning win. He has enjoyed a strong month of July, hitting .368 with a pair of home runs and a pair of steals. For the year, Rosario is now hitting .277 with 11 home runs, 47 RBI, and 12 steals. A 20-20 season seems unlikely, but he should reach 15-15.

Justin Turner only had one hit, but it was a home run. He also walked twice, had a pair of RBI, and scored twice. Turner hasn’t had a great month of July batting average wise (.244), but he has hit seven dingers. He now has 16 home runs, 63 runs scored, and 46 RBI to go along with a .288 average.

Christian Walker continued his breakout season, going 2-3 with a solo home run and a walk. The long ball was his 20th of the year to go along with 52 RBI, seven steals, and a .254 batting average. He has a chance at a 30-10 season in what is his rookie year. Pretty impressive. 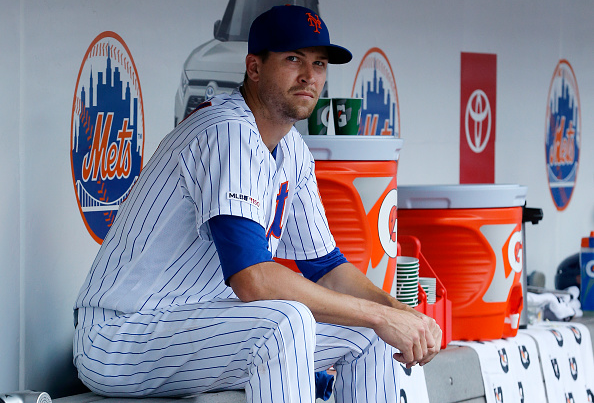 Hyun-Jin Ryu (11-2, 1.74 ERA) will look for better results in his second Coors start of the year. Ryu has given up two or fewer earned runs in 19 of 20 starts this year, but the lone start he failed to do so was at Coors Field when he was tagged for seven earned runs.

Jordan Lyles (5-7, 5.36 ERA) will make his Brewers season debut after being traded to the club a few days ago. He will take on the Athletics in Oakland. Lyles has shown some flashes this year, but lately it’s been more bad than good.