Fantasy Baseball Daily Round Up: July 28 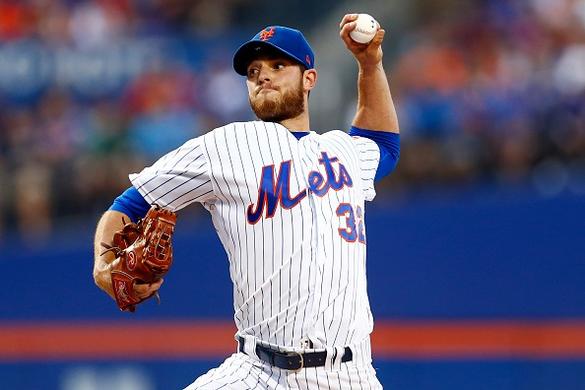 Steven Matz takes home spotlight honors with his complete game shutdown against the Pirates. It was the first shutout of his career and he needed just 99 pitches to get it done. He gave up five hits while striking out seven. He led all pitchers in DFS scoring on both major sites with 35.2 points on DraftKings and 58.0 points on FanDuel. Matz now has a 1.80 ERA for the month of July across 20.0 innings pitched. His next start will come against these same Pirates and he will have a good chance at pitching well again (though probably a bit worse than this). Matz has been very inconsistent this season, but overall he still holds some value in deeper leagues as he will carry a decent 4.32 ERA and 6-6 record into his next start. Unsurprisingly, Matz felt pretty good about the outing:

"It's been a long time since I've even been past the seventh inning."

Brandon Drury had a huge game in the Blue Jays extra inning win over the Rays; he finished 4-6 with a pair of dingers (including a game tying shot in the bottom of the ninth with two outs), and three RBI. Drury has quietly heated up in July, as he is now hitting .313 with five home runs for the month. He is still not a fantasy option, but deep leagues can throw him on their watch list.

Teoscar Hernández also went double-dong for Toronto. Both of his home runs were solo shots and the second one was a walk-off bomb in the bottom of the 12th inning. Hernandez is now hitting .306 (11-36) with six home runs and nine RBI over his last 10 games. He has enough pop to be viable in AL only/deep leagues.

Will Smith made his first start since being recalled and he made a big statement, going a perfect 3-3 with a home run, a pair of doubles, and six RBI. Smith is now hitting .345 with four home runs and 12 RBI through 29 MLB at-bats. He is ranked as the #95 prospect in baseball and he had 20 home runs at Triple-A this year. He is worth an immediate add for anyone with catching woes/mediocrity.

Francisco Lindor finished 3-5 with a home run and two runs scored. He is having a big month in July, hitting .337 with six dingers, 16 RBI, 15 runs scored, and four steals. For the year, he is hitting .303 with 18 home runs, 43 RBI, and 16 swipes. Remember when we all let him plummet in the draft with his little injury? Oops!

Keston Hiura continues to impress, last night he went 2-4 with a double, a walk, three RBI, and a walk-off home run. He is hitting .390 with six home runs, 18 RBI, 17 runs scored, and six stolen bases in the month of July, bringing his totals for the year up to a .333 batting average with 11 home runs, 27 RBI, and seven steals in just 156 at-bats.

J.D. Davis finished 2-3 with a home run, a double, and two RBI. He is now hitting .381 with a pair of dingers across 42 at-bats in July. This guy can play and deep leaguers need to have their eye on him. For a bigger breakdown on him, check out this week’s Stock Watch.

Pedro Severino had a big night at the dish, going 4-5 with a home run, four RBI, and a stolen base. He now has eight hits in his last two games, raising his batting average 24 points in the process. He is now hitting .279 with 10 home runs and 29 RBI. He is also a perfect 2-for-2 on steal attempts. 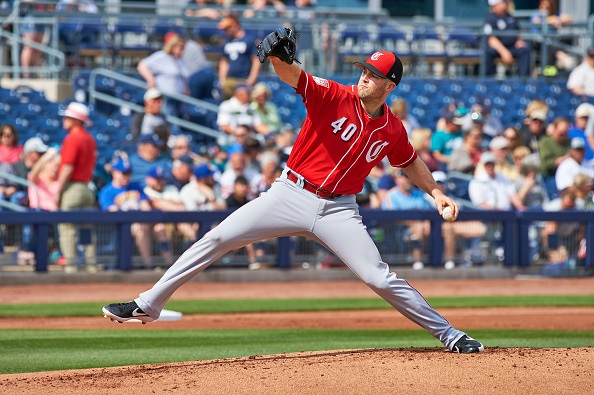 Alex Wood will make his season debut off IL in a match-up with the Rockies. Wood has been pretty great throughout his career when healthy, pitching to a sub-3.85 ERA every year and he has a 3.29 ERA for his career. He needs to be added anywhere that he is available.

Robbie Ray (9-6, 3.95 ERA) will look to shutdown a poor Marlins offense. Miami is probably a welcoming sight for Ray, who will be looking to bounce back from two subpar outings in a row in which he has given up seven earned runs across 12 innings pitched. He does have at least seven punch-outs in all four of his July starts thus far though.

Walker Buehler (9-1, 3.23 ERA) vs. Stephen Strasburg (13-4, 3.37 ERA) gives us our best pitching match-up of the day. Buehler pitched seven shutout innings with 11 strikeouts in his last time out and he has a 2.38 ERA across his past eight starts, despite giving up seven runs at Coors Field in one of them. Strasburg is 4-0 with a 1.09 ERA across four starts in July with 35 strikeouts across 24.2 innings.

Domingo Germán (12-2, 4.03) vs. Chris Sale (5-9, 4.00 ERA) is our second best pitching matchup of the day and this big time rivalry game is our SNB game. German will be looking to bounce back from a rough outing his last time out in which the Twins lit him up for eight runs. Sale is coming off back-to-back double-digit punch-out outings and he gave up just two runs across 12 innings in those outings. 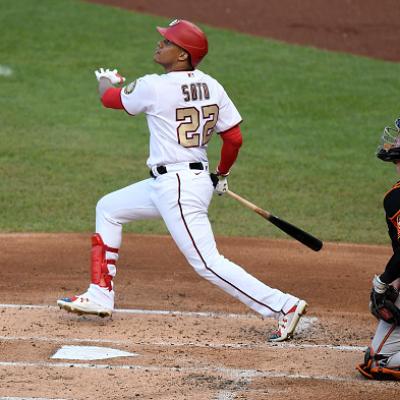 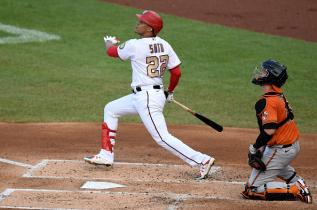 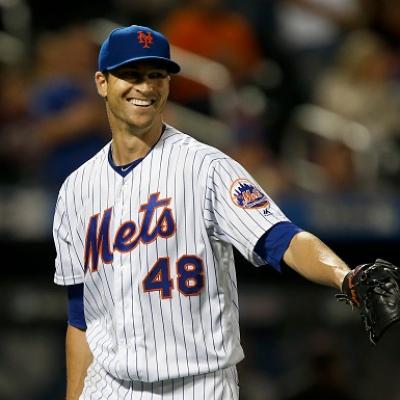 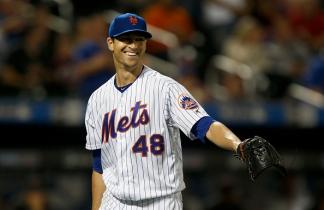 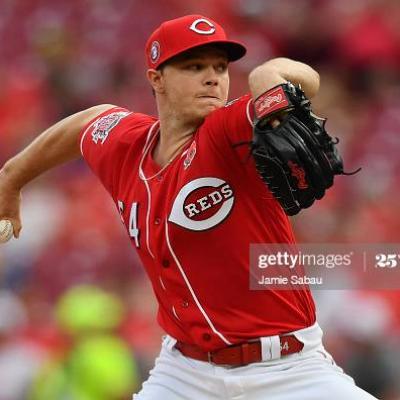 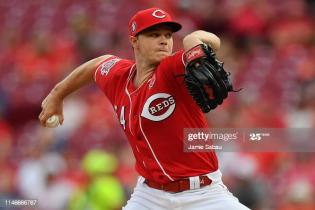 K. Garlick - LF
PHI
Phillies recalled OF Kyle Garlick from their alternate training site.
Garlick will serve as the 29th man for Sunday's doubleheader against the Braves. He was with the Phils earlier this season, going hitless in two plate appearances.
Added 10:57 am (EST)
Added 10:57 am (EST)

G. Polanco - RF
PIT
Gregory Polanco is absent from the Pirates' lineup Sunday.
Polanco stayed in the game after Saturday's collision with teammate Phillip Evans (Evans suffered a broken jaw and concussion), but he's probably sore and will sit this one out. JT Riddle is in right field.
Added 10:48 am (EST)
Added 10:48 am (EST)

F. Cordero - RF
KC
Royals placed OF Franchy Cordero on the 10-day injured list with a right wrist sprain.
Cordero suffered the injury a few days ago during batting practice. He made an appearance during Saturday's game and got an at-bat before being removed. It's not clear how long Cordero will be sidelined.
Added 10:37 am (EST)
Added 10:37 am (EST)

H. Dozier - RF
KC1
Royals activated INF/OF Hunter Dozier from the 10-day injured list.
Dozier got a late start to the season after testing positive for COVID-19, but it looks like he's ready to roll now. The 28-year-old is at first base and batting cleanup in his season debut Sunday.
Added 10:31 am (EST)
Added 10:31 am (EST)

T. Estrada - 2B
NYY
Yankees recalled INF Thairo Estrada from their alternate training site.
Estrada was sent down in between games during Saturday's doubleheader versus the Rays but is now back to replace Giancarlo Stanton (hamstring). He'll provide infield depth.
Added 10:05 am (EST)
Added 10:05 am (EST)

G. Stanton - DH
NYY
Yankees placed OF/DH Giancarlo Stanton on the 10-day injured list with a left hamstring strain.
Stanton suffered the injury while running the bases during the second game of Saturday's doubleheader against the Rays. It's not clear at this point how severe the strain is, so how long he might be sidelined is up in the air. Mike Tauchman was already playing a lot but should be an everyday player now with Stanton out. Mike Ford could also pick up extra at-bats.
Added 9:58 am (EST)
Added 9:58 am (EST)

B. Waddell - SP
PIT
Pirates purchased the contract of RHP Brandon Waddell from their alternate training site.
Waddell, 26, posted a 6.29 ERA and 111/49 K/BB ratio over 97 1/3 innings between Double- and Triple-A last season while splitting his time between starting and relieving. He will be making his major league debut when he gets into a game.
Added 9:47 am (EST)
Added 9:47 am (EST)