Fantasy Baseball Daily Round Up: May 31 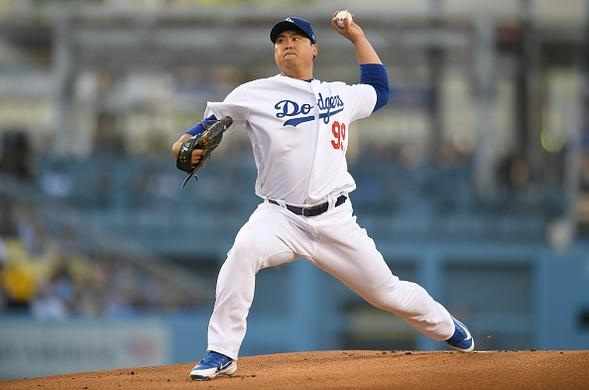 Hyun-Jin Ryu continued his Cy Young caliber season, firing 7.2 innings of shutout baseball against the Mets to improve to 8-1 on the season. He gave up just four hits while striking out seven. He led all pitchers in scoring on both DFS sites and was worth every penny of his high price tag. Ryu hasn’t given up more than two runs in any of his eleven starts this year, becoming the first pitcher since Ubaldo Jiménez (2010) to begin a season with such a stretch. He gave up a whopping total of three runs in May across 45.2 innings pitched (0.59 ERA for the month). For the season, his ERA now stands at a miniscule 1.48 with an equally impressive 0.81 WHIP. With a preseason ADP outside of the top-150, Ryu has easily been one of the steals and most valuable players of fantasy baseball drafts this year.

Mike Moustakas provided us with the only double-dong game of the night as he finished 4-6 with a pair of home runs, four RBI, and two runs scored. The Moose now has eight home runs in May and 15 home runs for the year while hitting .269 and also stealing three bases. He has been a strong fantasy asset.

The Moose is loose in the Burgh tonight.

Mike Moustakas hits his second of the game. #Brewers pic.twitter.com/5zFvUdJyfq

Bryce Harper stayed hot yesterday, going 3-4 with a pair of doubles and one RBI. Over his last three games, Harper is hitting .667 (8-12) with one home run, FIVE doubles, and seven RBI. In that span he saw his average raise from .227 to .252, crossed the 40 RBI mark, and reached double-digits in home runs.

David Dahl had a big game, finishing 4-5 with a home run, a walk, two RBI, and two runs scored. Dahl is hitting a fantastic .319 on the year, but it’s been met with mostly empty stats as he only has five home runs, 18 RBI, and one stolen base. That being said, batting third in the Rockies lineup should eventually lead to more counting stats.

Trevor Story also had a strong game for Colorado, going 4-6 with a triple, a double, and three runs scored. It was his fifth multi-hit game in his last eight games and in that span his average has jumped from .266 to .286. To go along with that strong average, Story has 13 home runs, 35 RBI, 48 runs scored, and 10 stolen bases. Last year was no fluke.

Adalberto Mondesi went a perfect 3-3 with a home run, a walk, one RBI, and two runs scored. He is now hitting .287 with six home runs, 42 RBI, 34 runs scored, and 18 stolen bases in what has been elite fantasy production from the 23-year old. He currently leads the MLB in triples (7) and stolen bases.

Christian Walker broke out of his slump with a 2-5 game. He swatted his ninth home run, drove in two, and scored twice. Walker has really slowed down of late, but he still hits the ball hard when he makes contact (which hasn’t been often enough lately). He will need more games like this to hold off Cron from soaking up his playing time.

The @Dbacks get three runs across in the first, including a two-run homer from Christian Walker.

Austin Meadows is an elite force at the plate that seemingly can’t be stopped. He finished last night’s game 2-5 with a double, four RBI, and two runs scored. Over his last seven games, Meadows is hitting .500 (16-32) with three home runs, two stolen bases, and 11 RBI. He has been a top-10 fantasy asset when on the field this year and would likely be your leading AL MVP candidate had he not spent three weeks on IL.

Jorge Soler had just one hit last night, but it was a big one, sending the ball into the seats for a three-run dinger. Soler, somewhat quietly, is having a great year and the home run was number 14 on the year for him and the three RBI give him 39. 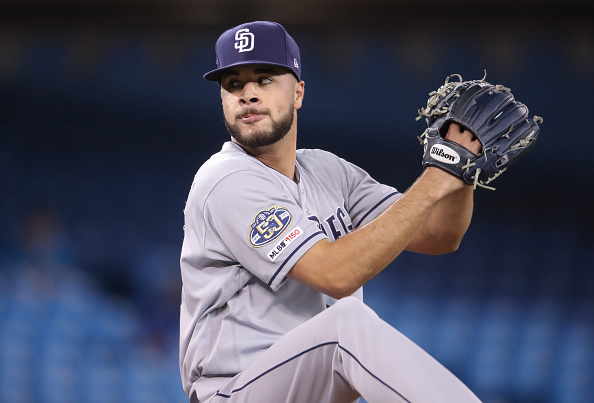 Caleb Smith and Joey Lucchesi should make for a nice pitching duel in a battle of lefties. Both guys have pitched well this year (Lucchesi better than his ERA shows) and both the Marlins and Padres offenses rank in the bottom-10 of the league in runs scored this year.

The Rockies will take on Edwin Jackson (9.00 ERA and five home runs given up in 14.0 innings pitched) in Coors in a game that could get out of hand quickly. You can expect to see a lot of Rockies picked in DFS tonight.

Chris Sale will take on the Yankees on the road after having his start pushed back a day due to yesterday’s rainout. He will look to cap off a fantastic month of May in which he has pitched to a 2.23 ERA with 56 strikeouts across 32.1 innings pitched.