Fantasy Baseball Daily Round Up: May 29 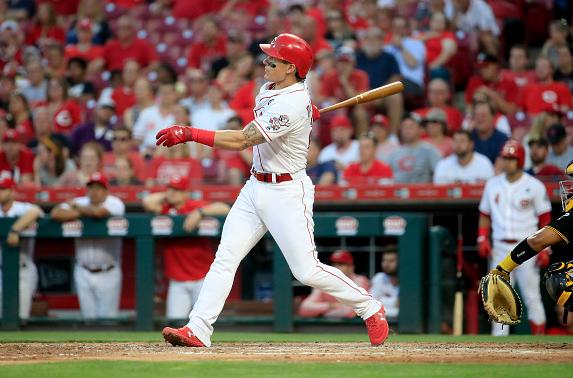 Derek Dietrich stole the show yesterday with his three homer game. I have to be honest, I never could have predicted Dietrich being the spotlight performer of the day, but when you have a three dinger game, you deserve it. He finished the night 3-4 with six RBI and three runs scored while leading all players in scoring on both DraftKings and FanDuel. Dietrich now has 17 home runs on the season, a new career high, despite only having 118 at bats on the year. Seven of those home runs have now come against the Pirates to go along with 14 RBI and a .409 batting average in just eight games (five starts) against Pittsburgh. Also remarkable is the fact that each of his last six hits have left the yard. Dietrich shouldn’t be fantasy relevant, but he is, and should be owned in all leagues until the home run barrage ends.

Michael Conforto only had one hit on the night, but it was a big one, launching his first career grand slam to break a 2-2 tie in the seventh inning. He also drew a walk and had an additional RBI to give him five for the game and 26 for the year. The home run was his tenth.

Eric Hosmer swatted his third home run in his last seven games with a three-run dinger. He also had a single in a 2-5 night and Padres win. He has had a great month of May, hitting .351 (34-97) with four home runs and 15 RBI. For the season, he is now hitting .298 with nine home runs and 33 RBI in what has been a strong bounce back campaign for the veteran first baseman.

Austin Riley had another big game for the Braves, finishing 3-4 with a home run and two RBI. The rookie is now hitting .365 with six home runs and 16 RBI through 52 at bats (13 games) to begin his career. Riley should have no trouble making his way into the Braves lineup on a regular basis, even when Inciarte makes his return off IL.

Cody Bellinger launched a two-run home run and also walked in the Dodgers 7-3 loss to the Mets. He is the second player in the MLB to reach 20 home runs this year (Yelich) and he now has 51 RBI to go along with his .382 batting average. Needless to say, it’s been a fantastic two months for the sweet swinging lefty.

Austin Meadows homered for a third straight game, finishing 2-4 with a solo dinger and a single. There’s nothing better than putting a guy in the Stock Watch piece earlier in the day and then seeing him hit another long ball. He now has 12 home runs, 31 RBI, six steals, and a .365 average through 135 at bats. Over his last five games, he is hitting .522 (12-23) with three home runs, two steals, and seven RBI.

Trea Turner broke out of his slump, collecting three hits and a stolen base in the Nationals win. He had been 1-12 in his prior three games entering this contest. All three hits were singles and he did not record a RBI or run scored, but did walk and the steal was his seventh of the year.

Keston Hiura launched the third home run of his career in a losing effort. The two-run dinger was his only hit of the night and he now has four RBI, all of which have come on his three home runs. The rookie is hitting .261 through 46 at bats, but needs to improve on his 19-1 strikeout-to-walk ratio.

José Leclerc will serve as an opener for the second time this year when the Rangers take on the Mariners today. In his first time serving as an opener on May 17, he fired a shutout inning with a pair of punch outs.

James Paxton will make his return from IL and take on Chris Paddack and the Padres. It should make for a nice pitching duel and both guys will come into today’s contest sporting a strong ERA and over a strikeout per inning.

Shane Bieber will go for his third straight double-digit strikeout game when he takes on the Red Sox tonight. Bieber has been great this year with a 3.11 ERA and 79 strikeouts across 63.2 innings pitched. 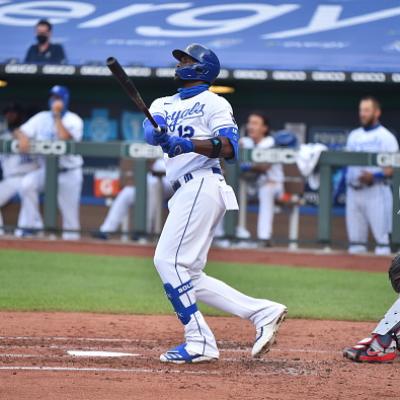 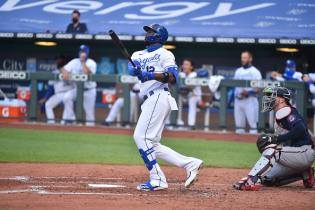 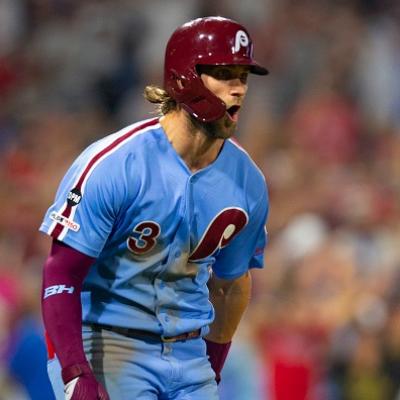 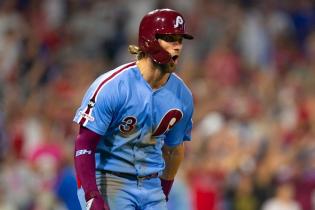 C. Gearrin - RP
MIN
Twins designated RHP Cory Gearrin for assignment.
Gearrin gets the DFA to make room on the roster for Ildemaro Vargas, who was added to the roster on Thursday. The right-hander will have to clear waivers, but assuming he does, he'll be depth for the Twins in case of injuries.
Added 6:56 pm (EST)
Added 6:56 pm (EST)

C. Stashak - RP
MIN
Twins placed RHP Cody Stashak on the 10-day injured list with lower back inflammation.
Stashak will be out at least 10 days for the Twins after picking up the injury. The right-hander has appeared in six games with seven innings pitched, and he's posted a 3.86 ERA with a solid 10/2 K/BB ratio.
Added 6:52 pm (EST)
Added 6:52 pm (EST)

E. Vólquez - RP
TEX
Rangers placed RHP Edinson Volquez on the 45-day injured list with a right oblique strain.
Volquez is not eligible to come off the injured list until September 27; the last day of the season. The right-hander delayed his retirement after throwing well in a September stint, so it's possible this is the end of the 37-year-old's career. He appeared in seven games for the Rangers before the injury with a 6.35 ERA over 5 2/3 innings pitched.
Added 6:35 pm (EST)
Added 6:35 pm (EST)

J. Taylor - RP
BOS
Josh Taylor (COVID-19) could be activated over the weekend.
Taylor was placed on the 10-day injured list after testing positive for the virus in July. The left-hander would be a welcome return for a bullpen that is currently ravaged with injuries, and the healthy hurlers aren't exactly pitching well, either.
Added 6:25 pm (EST)
Added 6:25 pm (EST)

C. Seager - SS
LA1
Corey Seager is hitting second and acting as the designated hitter for Thursday's game against the Padres.
It's Seager's first game since Friday, as the shortstop has been bothered by discomfort in his lower back. he was able to go through baseball activities on Wednesday, and is feeling well enough to be back in the lineup. Assuming good health, Seager should be back at shortstop for the Dodgers in the coming days.
Added 6:11 pm (EST)
Added 6:11 pm (EST)

S. Schebler - RF
ATL
Braves outrighted OF Scott Schebler to their alternate training site.
Schebler was designated for assignment last Thursday by the Braves. He made just one plate appearance. If there are injuries in the Atlanta outfield, he could make a return, but won't have any fantasy relevance even if that's the case.
Added 5:40 pm (EST)
Added 5:40 pm (EST)

J. Mateo - SS
SD
Jorge Mateo is hitting ninth and playing left field for Thursday's contest against the Dodgers.
Mateo is making his MLB debut on Thursday night. With Julio Urias on the mound, the Padres are going to give Trent Grisham a night off against the southpaw. Mateo is a switch-hitter with loads of speed, and if he gets consistent playing time, he has some fantasy appeal in NL-only formats to begin his career.
Added 5:37 pm (EST)
Added 5:37 pm (EST)