Fantasy Baseball Daily Round Up: May 19 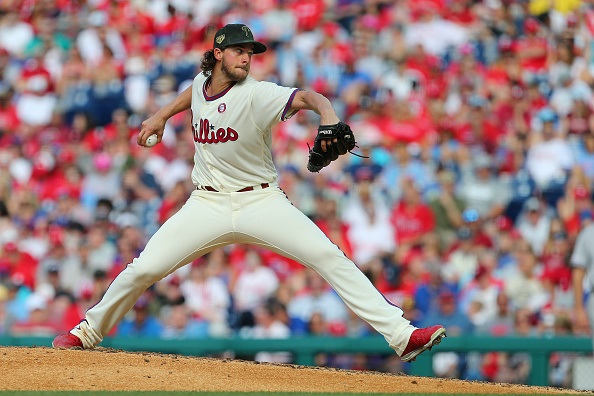 Aaron Nola delivered what was easily his best start of the season in a 2-1 Phillies win. He held the Rockies to just one run over six innings of work while striking out a season-high 12. Now that’s more like it! Nola has been pretty awful this year, to put it bluntly, but this was a great showing and was good enough to make him the highest scoring player in DFS on both DraftKings and FanDuel. He did allow eight hits, but the 12 punch outs allowed him to work around it, and considering who he was facing, we can cut him some slack. Prior to being tagged for three runs across three innings of work in his outing previous outing, Nola had thrown at least 5.2 innings and allowed just one run in three straight starts. With this breakout outing under his belt and solid starts in four of his last five, it appears safe to assume we don’t need to worry about him. Yesterday’s outing lowered his ERA on the season down to 4.47, and despite that poor mark, he now has a 4-0 record on the year.

In the first game of the day, the Rays took down the Yankees in extra innings. It was a pitchers duel from start to finish, resulting in a 2-1 game over eleven innings. Blake Snell was on the bump for Tampa Bay and he tossed six innings of one-run ball while striking out nine. Masahiro Tanaka was on the hill for the Yankees and he fired six shutout innings while striking out six. The Yankees held a 1-0 lead through those six innings, but Tanaka was yanked despite only being at 88 pitches. The Rays promptly tied the game up against the bullpen via a solo home run off the bat of Brandon Lowe . The score remained 1-1 until the top of the eleventh inning when Austin Meadows delivered a solo home run into right field (can be seen below) in what wound up being the game winner. It was his only hit of the day, but it was a big one. Meadows is having a fantastic season and now has nine home runs, four steals, and a .347 batting average, despite spending three weeks on IL. The Rays took over first place in the AL East with the win and their record now stands at 27-16.

.@austin_meadows cranks a home run in the 11th to give the @RaysBaseball the lead. ?#RaysUp 2#Yankees 1

So our first game in the early window went extra innings, the other game was called final after five innings. The White Sox picked up a rain-shortened 4-1 victory over the Blue Jays. Lucas Giolito hurled five innings of one-run ball while striking out four and only allowing three hits. He has been fantastic lately; over his last three starts (19.1 innings) he has allowed just two runs while picking up three wins and striking out 20. The two top offensive performers for Chicago were Leury García and Yonder Alonso . Garcia had a bash-and-dash, finishing 1-3 with a solo home run and a stolen base. Alonso was 2-2 with a pair of RBI and a run scored. As for Toronto, there really isn’t a whole lot to talk about, no one had a multi-hit game and the only extra base hit was a double off the bat of Freddy Galvis .

Nola delivered the performance of the day and Snell, Tanaka, and Giolito pitched well in the early window, but there were still more than a handful of other good outings:

Bryce Harper hasn’t been having that great of an inaugural season for the Phillies, but he had a nice game yesterday; he finished 2-3 with a solo home run, a double, and a walk. The home run was his eighth of the year and it was a moon shot:

Bryce OVER the batter's eye. ???? pic.twitter.com/b3Lluj0neQ

C.J. Cron was the leading scorer (among hitters) on both DraftKings and FanDuel. He finished 3-6 with a pair of home runs, a double, four RBI, and three runs scored. Cron is having a pretty nice year at the plate with a .270 average, 12 home runs, and 29 RBI.

Jonathan Schoop also had a double-dong night at the dish, finishing 3-5 with the two home runs and five RBI. Despite it being his third multi-homer game of the year, his total is “only” at eight, but he is carrying a nice .280 batting average to go along with them. It doesn’t look like we are getting the full 2017 version of Schoop back, but he’s playing a lot better than he did in 2018.

Byron Buxton had a big night for the Twinkies as well, finishing 2-4 with a home run, a walk, five RBI, and two runs scored. Buxton is having a nice season, but the only thing missing were the home runs; however, he has now homered three times in his last four games. He is hitting .281 with four home runs and eight steals on the year.

Mike Trout finished 1-2 with a massive solo home run, a pair of walks, and three runs scored. His home run travelled 473 feet and it was home run number 250 for his career. It feels weird to call a guy a near lock for the HoF at age 27, but that’s where he is at, and he joined an elite class with the home run:

Jurickson Profar was a perfect 3-3 with a double, a RBI, and a run scored. Profar had the only perfect day at the plate (minimum three at bats) yesterday. It’s been a rough year at the plate for Profar thus far, but maybe between this game and the grand slam he had on May 16, he will finally get hot.

Josh Bell continued his fantastic season with a 3-4 night. He swatted a pair of home runs, walked, had four RBI, and scored twice. Who is this guy, and what has he done with the Bell we saw last year? He already has 14 home runs… two more than the 12 he had last season across 501 at bats. He is hitting .333 and has a league-leading RBI total of 43.

Freddie Freeman finished 2-5 with a double and a walk-off home run. The homer was his tenth of the year and he is hitting .314 with 28 RBI. Freddie is as consistent as they come and it looks like he’s headed for his fourth straight season with 20+ home runs and a .300+ batting average. 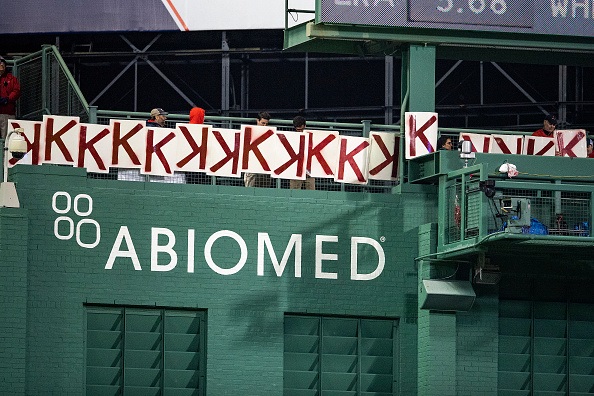 Chris Sale has been dominant lately, with a 1.29 ERA across three May starts in which he has piled up 41 strikeouts across 21.0 innings, but will have his hands full today with a red-hot Astros offense. It will be an interesting battle and one worth a watch.

Noah Syndergaard will toe the rubber against the Marlins and attempt to save the Mets from getting swept. It’s a guessing game which Thor will show up in this game, the lights out one or the one that has given up four or more earned runs in six starts already this year.

Yusei Kikuchi will attempt to quiet the Twins, who hung 18 runs on the Mariners yesterday. Kikuchi has been pitching well of late, with three straight quality starts and a 2.18 ERA over that span.