Fantasy Baseball Daily Round Up: May 10 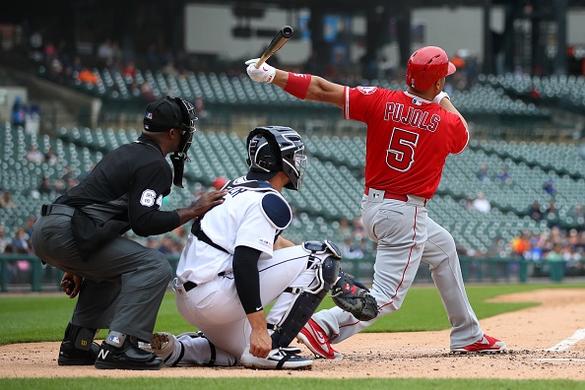 The Angels absolutely annihilated the Tigers yesterday, taking home a 13-0 victory in Detroit. The MVP of the game (and arguably the entire early slate for DFS) was Tommy La Stella who had his third multi-home run game of the year. He had four RBI to go along with the two home runs. I’ve always like La Stella and felt like he could be a good player if given a chance at an everyday role, but man, what has gotten into this guy?! He now has nine home runs and 23 RBI to go along with a .256 batting average. He had 10 career home runs across five seasons prior to this year, and he’s not the type of guy you would expect to keep hitting so many home runs (a generous 5-11, 180 pound frame). Hopefully you caught my Stock Watch: April 23 piece on him and picked him up. Some other notable performers for the Angels include Kole Calhoun and a future Hall of Famer (more on him later). Calhoun finished 2-4 with a home run, a walk, a RBI, and three runs scored. The home run was his ninth of the year. The Angels improved to 17-20 on the year with the big win.

Albert Pujols may have only had one hit in the Angels big win, but it was a big fly and with the solo home run he reached 2000 RBI for his career. I mentioned that this was a milestone to be on the lookout for in my Round Up: May 3 piece and yesterday was the day it happened. He is now the fifth member of the 2000 RBI club, but only the third to do it officially (Cap Anson and Babe Ruth did it before it became an official stat). He joins Hank Aaron and Alex Rodriguez in the official club, yes that’s right, it’s something that not even Barry Bonds could accomplish. He now has 639 career home runs (sixth all time), 2000 RBI, 1787 runs scored (20th all time), 645 doubles (ninth all time), and a .301 batting average. It’s pretty hard to argue against Pujols being one of the top-five hitters in the history of Major League Baseball, but either way, he is unquestionably one of the greatest players to ever play the game.

Albert Pujols' 2000th career RBI was a big one.

Tyler Austin had a big day, going 2-5 with two home runs, two runs, and SIX RBI. The two home runs were his first two of the year and he now has nine RBI. His average is a crisp .325, but he has no fantasy value as a bench player.

Nolan Arenado finished 3-4 with a home run, two walks, three RBI, and two runs scored. It was his tenth home run of the year and the stud third baseman is incredibly hot right now, going 16-32 with four home runs over his last seven games.

Jordan Luplow also had a double-dong day, finishing 2-3 with a pair of solo home runs. Unfortunately for Luplow, he didn’t get a chance to go for a third big fly because of the rain ending it early. The two home runs were his first two of the season.

George Springer finished 3-5 with a solo home run in the Astros 4-2 win. Springer has a knack for crushing lefties and yesterday was no different. He has 13 home runs on the year with 33 RBI and is swinging it at a .301 clip.

Jarrod Dyson ’s lone hit was a single, but he also walked and stole two bases. I mentioned the other day that Dyson has is playing well and garnering more playing time, fantasy owners in need of speed need to grad Dyson immediately if he is available. He now has seven steals on the year.

Gregory Polanco went 3-4 with a home run, a pair of doubles, a walk, and three RBI. He is in a nice groove at the dish, as he is now 6-12 with two home runs and seven RBI over his last three games. He is worth a look in deeper leagues. 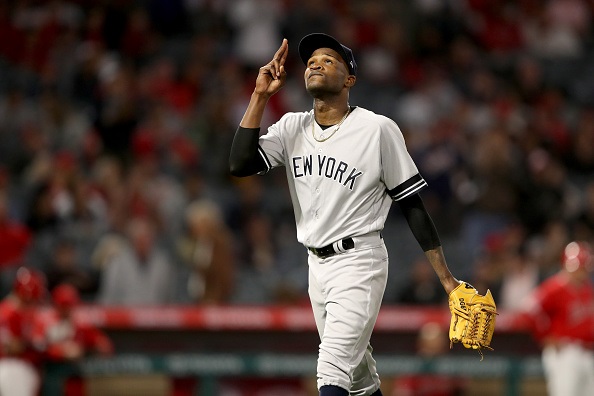 A pitching duel in Tampa between Tyler Glasnow and Domingo Germán . The two young righties will both enter today’s start with six wins and an ERA under 2.50. They are two of only three pitchers in baseball with six wins and one of them will look to be the first to seven.

Will German Márquez make a successful home start, or will Coors continue to get the better of him? He has a 5.87 ERA at home this year through four starts, compared to a 1.55 road ERA through four starts. On paper it’s not a bad match-up with the Padres.

Luis Castillo will have a strong chance to keep his dominant start to the season going, as he will take on the Giants in San Fran. He enters today’s start with a 1.97 ERA through eight starts, but his worst outing of the year was in his previous outing against the Giants when he allowed four runs.