Fantasy Baseball Daily Round Up: April 21 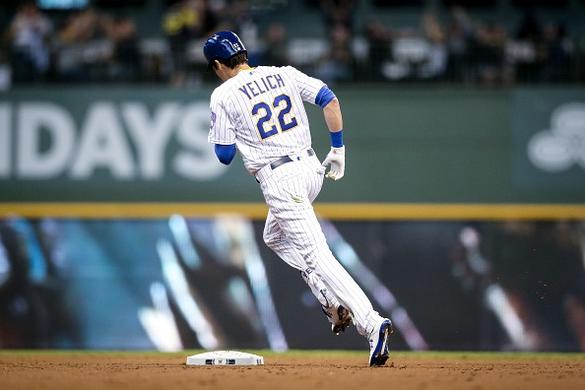 Are we sure Christian Yelich is human at this point? The lefty slugger swatted a pair of solo home runs and also walked and scored in the Brewers' 5-0 victory over the Dodgers. He now has 13 home runs and is just one home run shy of tying the MLB record for most home runs before May (Albert Pujols and Alex Rodriguez share the record), and it’s only April 21st! He has already set the Brewers record for most home runs before May and has tied Prince Fielder’s record for most home runs in any month. The reigning NL MVP is now hitting .361 with three steals, 31 RBI, and 23 runs scored to go along with the 13 long balls. His current walk percentage (14.1%) and strikeout percentage (15.2%) would both be career bests as well. We all thought there was no way that Yelich could top his 36 home runs from last year, but it appears that he may do just that.

Originally we were supposed to have four games in the early window, but a PPD in the White Sox / Tigers game left us with three, and none were particularly close games.

The Yankees pounded the Royals in a 9-2 victory. New York jumped out to an early 6-0 lead through four innings with the help of four home runs. Aaron Judge got the party started with a solo home run in the first inning; Clint Frazier followed that with a solo home run of his own in the second inning. It appeared the Yankees took a 5-0 lead in the third inning when Gleyber Torres hit a three-run home run, but after review it was changed to fan interference and the Yankees were still up just 2-0 through three innings. In the fourth inning the Yankees got a three-run home run from Mike Tauchman and then a solo shot from DJ LeMahieu to get that 6-0 lead. New York was able to coast to victory from there with the backing of a strong outing from Masahiro Tanaka who gave up just one run over seven innings of work and struck out seven. It was a rough afternoon for the Royals and their only source of runs came on a pair of solo shots off the bats of Whit Merrifield and Chris Owings .

The Cardinals crushed the Mets 10-2. The Cardinals out-hit the Mets 10-4 and showed strong patience at the plate with seven walks on the day. Miles Mikolas delivered a gem for St. Louis as he tossed eight innings of two-run ball and struck out four. It was easily his best start of the season and it came against a strong offense. José Martínez was the top performer at the dish in this game as he finished 3-for-5 with a double, one RBI, and three runs scored. Other notable performers for the Cardinals include Marcell Ozuna who went hitless, but had three walks, a stolen base, and three runs scored, and Paul Goldschmidt launched a solo shot, his eighth home run of the year. The only New York hitter that provided much of anything was Amed Rosario who delivered a RBI triple and later scored. The Cardinals improved to 11-9 with the win, while the Mets fell to 11-9 with the loss.

The Diamondbacks beat down the Cubs 6-0. Zack Greinke set the tone for the Dbacks by blanking the Cubs for six innings and only giving up three hits while striking out four. Taylor Clarke made his MLB debut in relief of Greinke and he delivered three shutout innings to close out Chicago and pickup the save. He gave up just one hit and struck out two. Yu Darvish took the loss for the Cubbies, giving up three runs across just five innings of work, but he did strike out seven. His ERA now stands at 5.96 through five starts (22.2 innings). Christian Walker had another great game, going 4-for-4 with a walk, double, and a run scored. His great year continues and he is now hitting .353 with six home runs, three steals, 11 RBI, and 12 runs scored. Other notable Arizona performers include Eduardo Escobar and David Peralta who both launched solo home runs and John Ryan Murphy who hit a two-run dinger.

Tanaka, Mikolas, and Greinke all looked good in the early window, but they weren’t the only pitchers to have a strong day at the office.

Play of the Day

Freddy Galvis made an incredible bare-handed catch in a play you have more than likely never seen before. He made it look so easy too, which makes it all that more impressive. Take a look:

In their first meeting of the day, the Twins defeated the Orioles 6-5. José Berríos wasn’t his best, but he gave Minnesota six innings. He allowed four runs on eight hits (three home runs) and struck out five. Eddie Rosario had a big afternoon, swatting a pair of solo home runs and also doubling. Willians Astudillo also hit a dinger in the victory, his second of the year. Over on the Orioles side, Dan Straily gave up three runs over five innings of work. Dwight Smith Jr. finished 2-4 with a home run, a walk, two RBI, and a run scored. Chris Davis doubled as part of a two-hit game and just like that he’s hitting a season high .140.

In the second game of the double-header the Twins pounded out a 16-7 victory over the Orioles. They absolutely clobbered Orioles starter Alex Cobb to the tune of 10 hits and nine runs in just 2.2 innings.  Mitch Garver , Nelson Cruz , Eddie Rosario , and Jonathan Schoop all had fantastic games for Minnesota. Garver finished 3-for-6 with two home runs, a double, five RBI, and two runs scored. Cruz went 4-for-5 with a home run, a double, three RBI, and four runs scored. Rosario had two hits, a home run, two RBI, and a pair of runs scored. Last but not least, Schoop finished the game 3-for-5 with two dingers, four RBI, and three runs scored. Over on the Orioles side the most notable performance came from Renato Núñez who finished 3-for-4 with two home runs, three RBI, and three runs scored.

The Twins improved to 11-7 with the two wins, while the Orioles fell to 8-14 with the pair of losses.

We have a ton of great starters on the bump today and we should see plenty of strong outings. 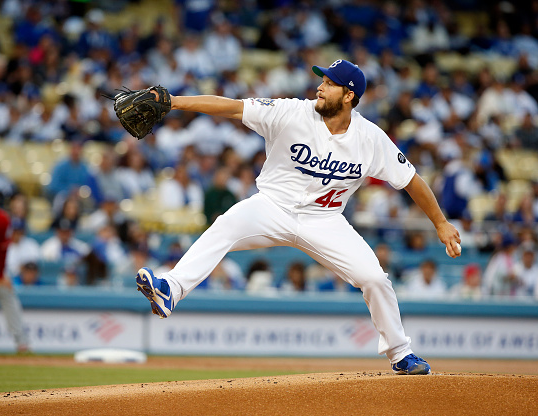 Clayton Kershaw takes on the Brewers in his second start of the season. Kershaw pitched very well in his season debut last time out, holding the Reds to two runs over seven innings of work while striking out six. The Brewers will be a tougher test, but if anyone can shut them down, it is Kershaw.

James Paxton will take on the Royals in Yankee Stadium. Paxton was fantastic his last time out and the Yankees will be hoping for more of the same this time around.

Chris Archer makes his return from suspension and will take on the Giants. Archer has been lights out thus far this season with a 2.00 ERA, a .177 batting average against, and 24 strikeouts across 18.0 innings pitched (three starts).

Tyler Glasnow will enter his start today with a 4-0 record, 1.13 ERA, 0.88 WHIP, and 24 strikeouts across four starts (24.0 innings). The Rex Sox should offer a tougher test than his last three opponents (Orioles, White Sox, Giants), but he can still be started with confidence in fantasy.

Noah Syndergaard hasn’t been that great thus far, but he is still Thor and can still have a great outing on any given start. He will take on the Cardinals in the rubber match of the series and the Mets could really use a good outing from a starter.

Shane Bieber is off to a great start this year and will look to keep it going on Sunday Night Baseball against the Braves. Through three starts (21.0 innings) Bieber has a 1.71 ERA, 0.81 WHIP, .147 batting average against, and 22 strikeouts.