Fantasy Baseball Daily Round Up: April 12 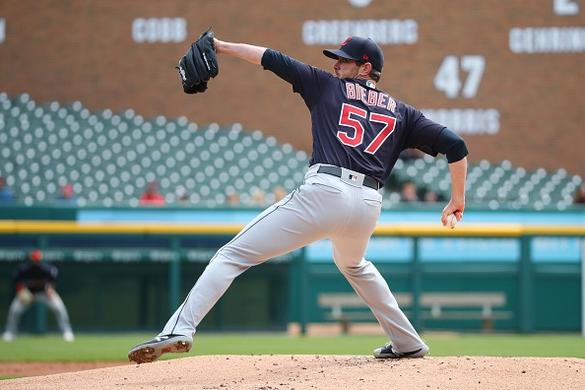 The Mariners scored two runs in the top of ninth inning against the Royals and went onto win the game in ten innings.  They scored seven runs on 12 hits and two home runs. Dee Gordon hit the first home run of the game for the club (can be seen below) and that set an MLB record as the Mariners have now hit a home run in 15 straight games to start a season. The two home runs give Seattle 36 home runs on the season, which tied an MLB record (2000 Cardinals) for most home runs through a team’s first 15 games. The Mariners offense has been on fire and they have now scored 117 runs. With the win they improved to a remarkable 13-2 on the season, a start nobody saw coming.

Put it in the record books—the Mariners have hit a home run in 1??5?? straight games to start the season. ???? pic.twitter.com/tIAHp1lZNC

Beyond the Box Score 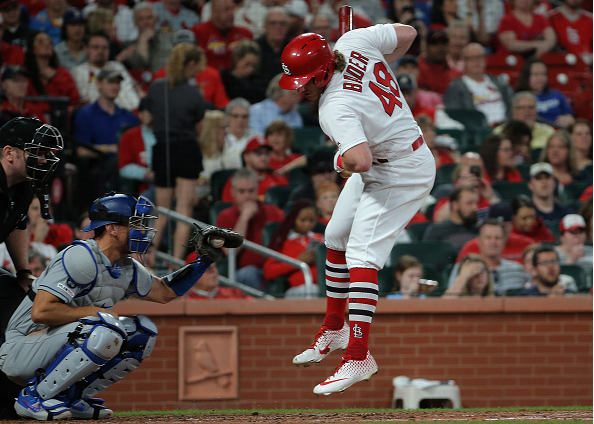 On the surface of the Cardinals 11-7 win over the Dodgers, it looks like a slugfest. However, a deeper dive into this game and a better name for this game would be a slopfest. The Dodgers pitchers walked four batters and hit three more. In fact, two of those hit by pitches were of Harrison Bader , both times with the bases loaded. I don’t have the info on that in front of me, but I would have to think that doesn’t happen too often. As if the four walks and three hit by pitches weren’t bad enough, the Dodgers also made two fielding errors which led to two unearned runs for the Redbirds. Moving over to the Cardinals pitching staff and things are not quite as unsightly, but in starter Michael Wacha did allow opposing pitcher Walker Buehler to take him deep for a home run. Wacha gave up eight hits and three home runs in just 3.2 innings of work. The Cardinals improved to 8-5 on the season with the win, while the Dodgers fell to 8-6 with the loss. It was a full four-game sweep by St. Louis.

The first one was the aforementioned Mariners and Royals game in the early slate. I won’t dive too deeper into that game, but that game fit the bill. The Royals jumped out to a 4-0 lead through five innings and were leading 6-3 through seven innings, only to lose the game to the Mariners in extra innings. Mitch Haniger ’s two-run triple in the ninth is what tied it, and Dan Vogelbach’s solo home run in the tenth is what would go on to win it for Seattle.

The next one came from the Blue Jays and Red Sox in the main slate. The Blue Jays broke a 0-0 game in the top of the third inning by scoring five runs. Justin Smoak delivered a three-run home run to centerfield and two batters later Rowdy Tellez swatted a two-run homer to right. Boston came right back in the bottom of the third inning to score three runs of their own and make it a 5-3 game through three. Mitch Moreland tied the game in the seventh with a solo home run (the Sox scored a run on a wild pitch in the fifth), but Freddy Galvis ’ solo home run in the eighth gave the Jays the lead once again. The Blue Jays brought in their closer, Ken Giles , in the ninth with hopes of ending the game (leading 6-5), and he did, but not in the way Jay’s fans were hoping. He retired the first hitter he faced, but then gave up a walk, a double, and two more walks, before finally serving up a walk off RBI single to Rafael Devers . The reigning World Champs desperately needed that win, and are now 4-9 on the season.

The late slate didn’t want to be left out on the 7-6 action either, as the Padres and Diamondbacks joined the party. The Dbacks drew blood first on an Adam Jones RBI single in the bottom of the first, a 1-0 lead that held until a Franmil Reyes solo home run in the top of the fourth tied it. The score remained there until the Padres scored five runs in the top of the sixth, capped off by a Austin Hedges three-run home run. Padres up 6-1 and the game seemed pretty much over, except for it wasn’t. Arizona had their own five run inning in the bottom of the seventh, capped off by an Eduardo Escobar three-run home run, and things were all knotted up at six. A Manny Margot solo home run in the top of the eighth inning was the deciding factor and the Padres took home the 7-6 victory. 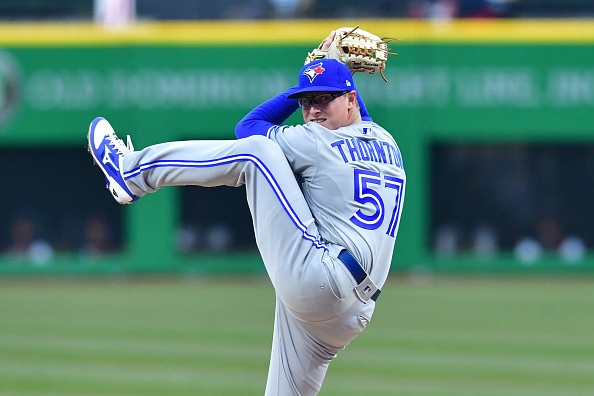 Trent Thornton has been a surprise so far this year with 15 strikeouts and a 1.69 ERA across two starts (10.2 innings), can he keep it going today against the Rays? The rookie right-hander was not a highly touted prospect and his minor league numbers did not suggest this type of success.

Can Zack Wheeler get back on track in a road start in Atlanta, or will his struggles continue? Wheeler has given up 10 hits and eight walks through 9.2 innings of work (two starts). He will have his hands full with Atlanta, who currently ranks in the top-10 of runs per game.

Chris Paddack will take the hill for the third time this year; this start will be on the road in Arizona. The rookie has only given up one earned run in his first two starts, but uncharacteristically (based on his minor league profile) walked four batters in his last start and only lasted 3.2 innings.