Fantasy Baseball Daily Round Up: March 31 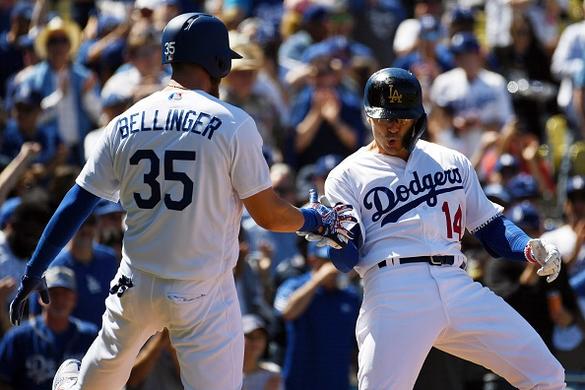 Bryce Harper made his Phillies debut on Opening Day and many people (myself included) were expecting a big day out of him and a long ball seemed likely as he loves the spotlight and was facing Julio Teheran, who he has had a lot of success against. It didn’t happen and Harper finished the day 0-3 with a pair of strikeouts in the Phillies win.  Fast forward to game two and Harper finally (joking of course) notched his first hit as a member of the Phillies. The hit was majestic to say the least as he launched a moon shot home run into the second deck. The home run helped his team win the game 8-6 and improve to 2-0 on the season. Philly fans have every reason to be excited about their baseball team.

Pitcher’s Duel? Not Quite

The first game of the day had the look of a pitcher’s duel, with Noah Syndergaard and Stephen Strasburg taking the hill (albeit not quite deGrom vs. Scherzer), but it turned into a slugfest. Both starters had nearly identical lines as they each pitched six innings, gave up seven hits, and surrendered four earned runs each. Neither pitcher factored into the decision. The score was tied 4-4 through six innings and it remained that way until the eighth inning when the Mets scored four runs. The Nationals scored zero in the bottom of the eighth and then the Mets piled on another three runs in the top of the ninth to take an 11-4 lead. Game over right? Not so fast! The Nationals scored four runs in the bottom of the ninth that led to a two-out pitching change to bring in Edwin Díaz ; he promptly finished the game with the first pitch he threw, getting a fly out to end the ballgame and he picked up his second save.

Carrying the offense for the Mets were Pete Alonso , Wilson Ramos , and Jeff McNeil . Alonso hit multiple missiles (one of which checked in at nearly 114 mph) and finished the day 3-4 with a walk, two doubles, a run scored, and two RBI. Ramos collected two hits, two runs, and three RBI and McNeil finished 4-5 with a triple, two runs scored, and two RBI. Over on the Nationals side, it was the youngsters Juan Soto and Victor Robles doing the heavy lifting. Soto finished 3-5 with two RBI, a run scored, and a stolen base. Robles finished 2-4 with a solo home run. It has been an exciting first two games between these clubs with the Mets taking home the victory in both. 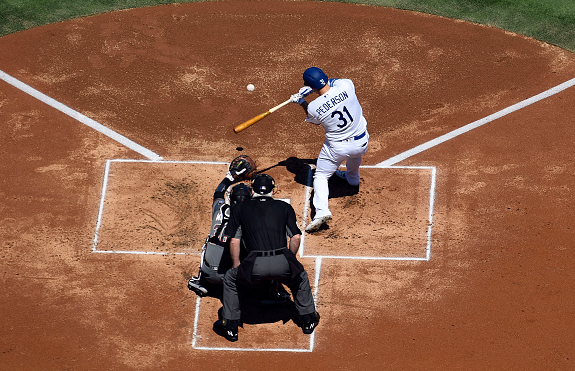 The Dodgers offense made headlines on Opening Day by hitting a MLB record eight home runs. Those eight home runs led to a 12-run output. Last night the Dodgers “only” hit four home runs, but had 19 hits, six walks, and 18 runs scored! Doing the majority of the damage was Joc Pederson , Justin Turner , Cody Bellinger , and Austin Barnes . Pederson finished 3-3 with two walks, four runs scored, one RBI, and his third home run of the year. This guy is smoking hot right now and is worth a look in deeper leagues, but keep in mind that he will be on the bench anytime the Dodgers face a lefty. Turner finished 3-5 with one walk, three runs, and FIVE RBI. Bellinger went 4-6 with two runs, SIX RBI, and two home runs. Lastly, Barnes finished 2-4 with a walk, two runs, two RBI, and a home run. The Dodgers will look to keep the hot bats going on Sunday in the fourth and final game of the series with the Diamondbacks.

While Thor and Strasburg didn’t quite live up to the billing, there were still a few other pitchers who had strong outings on Saturday:

The Yankees offense vs. Dylan Bundy in Yankee stadium. The Yankees like to hit home runs, their park is a home run paradise, and Bundy gave up a league-leading 41 home runs last season; a recipe for an entertaining game today.

Sonny Gray makes his Reds debut today against the Pirates. Gray had a rough year last season, but he really struggled to pitch in his home park with the Yankees, will the change of scenery lead to a rebound year for the righty?

Zack Wheeler vs. Patrick Corbin . This series has been filled with strong pitching match-ups and another one is on tap today. Wheeler had a great year last season and will look to build off that in his first start of 2019. Corbin was fantastic last year, finishing fifth in the NL Cy Young voting, and he will be making his Nationals debut today.

Chris Paddack will make his MLB debut for the Padres later today. He had insane numbers in the minors last season, posting 120 strikeouts across 90 innings (12.0 K/9) with only eight walks, a 0.82 WHIP and a 2.10 ERA. He has nasty stuff and the Giants could be in for a rough day against him.