Justin Vreeland recaps today's game, looks at a few pitchers who are on a roll, and more on tonight's Closing Bell. 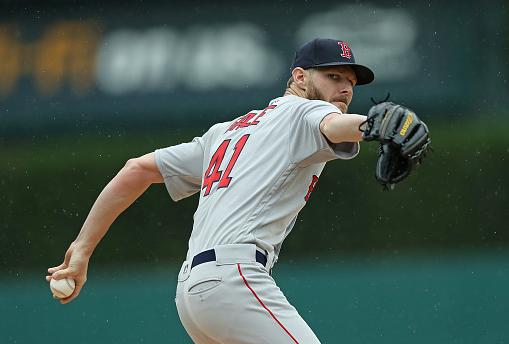 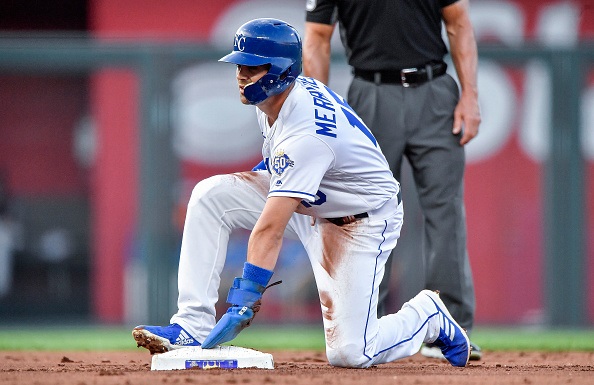 The Royals defeated the Yankees 10-5: Kansas City had no issue with superstar pitcher Luis Severino as they were able to tag him for eight hits and six earned runs en route to the win. Whit Merrifield picked up a hit and also stole a base. It was his fifth steal in the last five games and he now has 22 on the season. Lucas Duda hit his ninth home run and drove in three on the afternoon. New Royal Brian Goodwin hit his first home run as a member of KC and, like Duda, drove in three. Over on the Yankees side, they had one home run and it came off the bat of Giancarlo Stanton , it was his 24th home run of the year. Neil Walker finished 3-for-4 with a RBI and he now has eight hits in his last 12 at-bats, raising his average from .196 to .223 in a four-game span. Greg Bird collected two hits, a walk, and scored a run. He is 20-for-73 (.274) in July with three home runs and 16 RBI. These two teams play again later tonight for the second part of their double-header and the probable pitchers are Heath Fillmyer for the Royals and CC Sabathia for the Yankees.

The Cardinals are currently leading over the Cubs 6-2 in the eighth inning. Marcell Ozuna is having himself a day, he is 3-for-4 with a grand slam. It was his first home run since June 16 and only his eleventh of the year. After hitting 37 home runs last year, Ozuna has not been able to match the power production that he showed off last season. Miles Mikolas started on the mound for St. Louis and he fired six strong innings in which he only surrendered two runs and struck out two. Dakota Hudson made his MLB debut and he hurled a perfect seventh inning and struck out two. For the Cubs, their two runs were scored on a Javier Báez two-run shot. It was home run number 21 for the all-star infielder. José Quintana lasted just three innings and he was tagged for all six of the Cardinals runs. 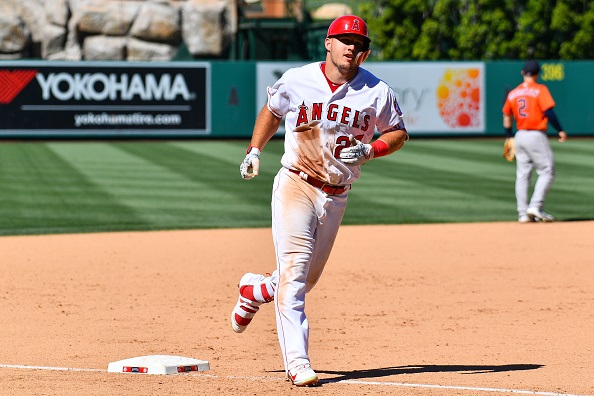 Currently there are six players with at least 15 home runs and 15 stolen bases: 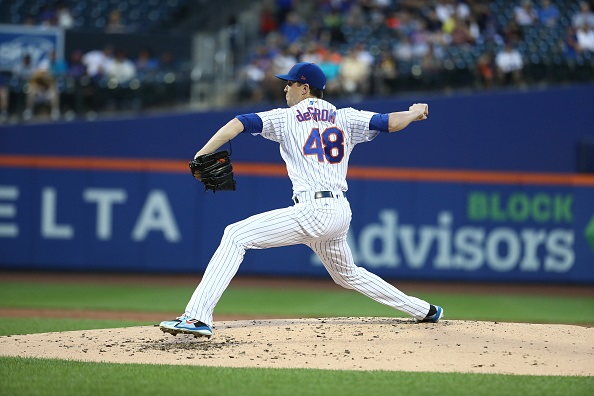 Jacob deGrom has made three straight starts of at least eight innings and two or fewer runs, will that streak continue tonight against the Pirates?

How will Justin Verlander do in a home start against the Rangers?

Gio González gave up five earned runs in his last start, will he bounce back tonight against the Marlins?

Will Tyson Ross impress in what could be his last start for the Padres?

Mike Trout is 30-for-81 (.370) with seven home runs in his career against Félix Hernández , will he continue to dominate this matchup tonight?

L. Morrison - 1B
MIL
Logan Morrison told Adam McCalvy of MLB.com that he's dropped 20-25 pounds since spring training was shut down.
Morrison began changing his diet over the offseason but said he didn't perfect it until late March or early April. LoMo was having a good spring training before things got shut down and the introduction of the designated hitter and larger rosters should give him a better chance of cracking the Brewers' Opening Day roster.
Added 9:29 am (EST)
Added 9:29 am (EST)

G. Gallegos - RP
STL
Giovanny Gallegos will not be present for the Cardinals' early summer camp workouts.
Gallegos remains in his native Mexico, and the Cards have not yet explained the reason for his absence. It's too soon to know whether this might affect his potentially availability on Opening Day. Gallegos might be the favorite for saves in St. Louis' bullpen early on in the season with Jordan Hicks (elbow) still recovering.
Added 9:24 am (EST)
Added 9:24 am (EST)

S. Kingery - 2B
PHI
Matt Breen of the Philadelphia Inquirer reports that Scott Kingery, Tommy Hunter, Hector Neris and Ranger Suarez were all placed on the COVID-19 injured list.
The Phillies announced previously that the four players had been placed on the IL, but they didn't provide any further details. Rules prevent the club from saying the IL stints are COVID-19 related, but Breen has been able to confirm that they are. It doesn't necessarily mean that any or all of the players have tested positive, rather it could be that they're showing symptoms or have had contact with an infected person.
Added Yesterday 4:16 pm (EST)
Added Yesterday 4:16 pm (EST)

S. Domínguez - RP
PHI
Phillies manager Joe Girardi revealed Thursday that Seranthony Dominguez (elbow) has yet to undergo Tommy John surgery.
Tommy John surgery was recommended for Dominguez back in March, but he's had problems leaving his native Dominican Republic and returning to the United States to undergo the operation and it's unclear when he might finally go under the knife. With the delay, he now might not be ready to pitch again until 2022.
Added Yesterday 3:39 pm (EST)
Added Yesterday 3:39 pm (EST)

C. Mlodzinski - SP
PIT
Pirates signed supplemental first-round pick RHP Carmen Mlodzinski.
Jim Callis of MLB.com says that Mlodzinski will receive a signing bonus of $2.05 million, which is about $300,000 under slot. There are questions as to whether Mlodzinski can ultimately start, but when he's at his best his stuff can be nasty. Callis says that the Pirates have also signed second-round pick Jared Jones for $2.2 million, giving him a significantly above-slot deal in order to keep the high schooler away from the University of Texas.
Added Yesterday 3:20 pm (EST)
Added Yesterday 3:20 pm (EST)

G. Cole - SP
NYY
Gerrit Cole threw three innings in a simulated game Thursday and worked at 96-99 mph on the gun, according to pitching coach Matt Blake.
Cole isn't entering the restart with any limitations. If all goes as planned, Cole will face off against Max Scherzer and the Nationals on Opening Night three weeks from today.
Added Yesterday 2:37 pm (EST)
Added Yesterday 2:37 pm (EST)