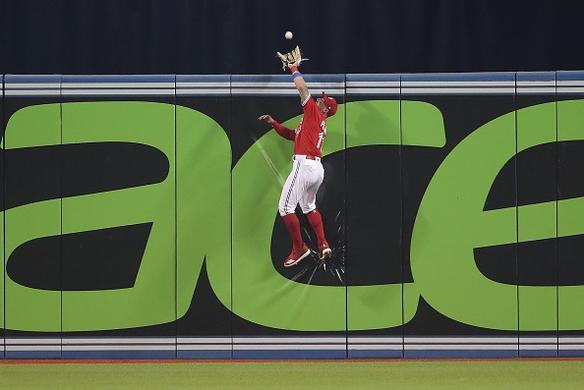 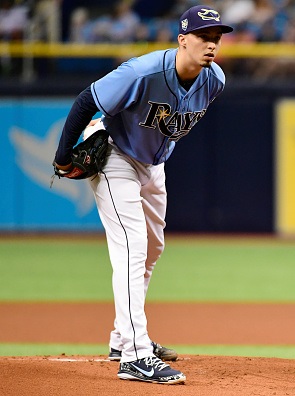 Blake Snell continued his dominant season on the mound with a strong performance against the Astros today. He picked up his eleventh win after pitching 7.1 innings. He gave up just one run and struck out 10. The stellar outing was enough for 59.0 points on FanDuel. It was his third straight start of at least seven innings and he has given up just two earned runs over his last 21.1 innings pitched. It was his fourth start of the season with double-digit strikeouts.

Despite Snell’s strong outing against the Astros, Evan Gattis still had himself a big game. He launched a pair of solo shots and now has 17 on the year. He has 13 home runs since May 27 and has 39 RBI in that same span. The “catcher” (zero starts behind the plate this year) is providing big time fantasy production for his owners.

Nicholas Castellanos had another strong day at the ballpark as he finished 2-for-5 with a grand slam. It was his thirteenth home run of the year and seventh since June 16 (a span of 14 games). He almost had a second dinger, but that one was robbed, more on that later. His big day helped lead the Tigers to a 9-1 win over the Blue Jays. Jordan Zimmerman improved to 3-0; he pitched seven innings of one-run ball and struck out six.

Kevin Gausman hurled eight innings of two-run ball against the Angels en route to his fourth win of the year. He only struck out two, but was able to lower his ERA down to 4.05. It was his fifth straight start with three or fewer earned runs against. A few of his teammates had strong games as well, Mark Trumbo launched a pair of home runs and Manny Machado smacked his 21st home run of the year.

Matt Harvey provided another solid outing for the Reds today; he fired 5.2 shutout innings and struck out six. Over his last three starts he has pitched 18.1 innings and given up just three earned runs while striking out 14. He still looks nothing like the Harvey of old, but he has been a much improved pitcher since joining the Reds.

The Mets won today. That in itself is a surprising development considering the team had just one win in their last eleven games entering today. Steven Matz silenced the Marlins bats for 5.1 innings and picked up his fourth win of the year. He had six strikeouts and lowered his ERA to 3.46. Matz has managed to stay healthy this season and has been a solid fantasy contributor to those who took a risk on the injury-prone lefty.

Mike Foltynewicz was lights out against the Cardinals today and picked up his sixth win. He only lasted five innings, but he gave up zero runs, only one hit, and struck out nine. He now has five starts this season of at least five innings and zero earned runs against.

The Phillies were walk-off winners today over the Nationals in 13 innings. Andrew Knapp did not start the game but was used as a pinch-hitter in the thirteenth inning and ended the game with a solo home run. Nick Pivetta picked up the win after pitching a clean inning in the top of the thirteenth, his first relief appearance of the season.

James Paxton was nearly untouchable against the Royals today as he fired eight shutout innings and gave up just two hits. He struck out 11 and improved his record to 11-2. He now has three starts this season of at least seven innings and zero runs against. Edwin Díaz struck out the side to finish off the Royals and pick up save number 32.

Francisco Lindor stuffed the stat sheet today against the Athletics. He finished 3-for-4 with a home run, two walks, two RBI, and four runs. He now has 21 home runs on the year and is the top ranked SS in fantasy baseball.

Below are some of the top hitters from June as we flip the calendar over to July. Knowing who is hot can help you determine if it is a good time to buy or sell in seasonal fantasy and also who may be worth targeting in DFS.

Kevin Pillar is known for his defense and today was no different. The below robbery on Castellanos was arguably the play of the year.

Kris Bryant and Carl Edwards Jr. are both expected to return from the DL on Tuesday.

Addison Russell will be reevaluated Tuesday after his left hand was stepped on today.

Johnny Cueto will have a bullpen session tomorrow and the Giants will decide what direction to go with him based on that.

Carlos Carrasco is scheduled to be activated from the DL on Friday and start against the Athletics.

Christian Yelich sat out his third straight game today and it looks like a DL trip may be looming. 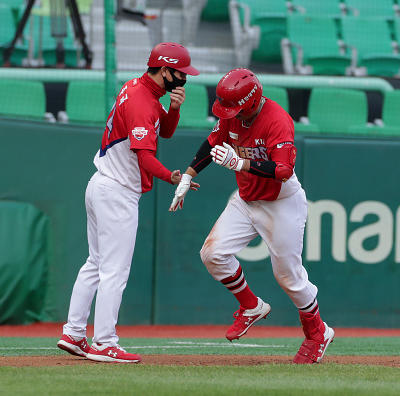 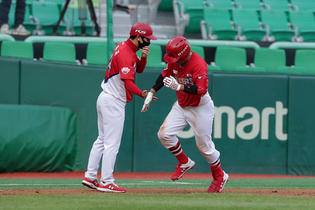 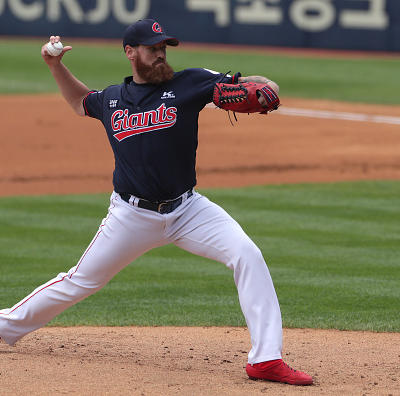 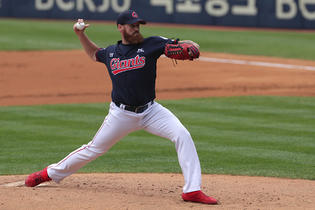