Justin Vreeland looks into a struggling Dellin Betances, as well as which bullpens are offering fantasy baseball owners the best in saves and holds. 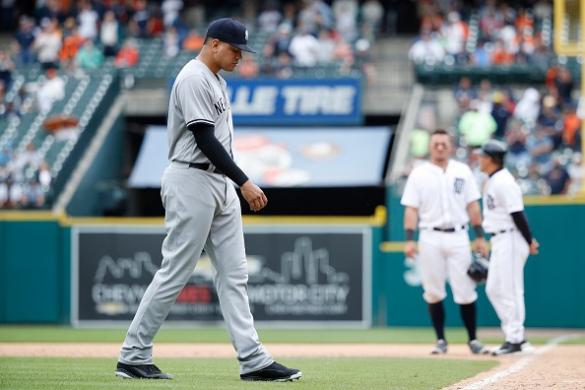 Dellin Betances took over the closing role after continuous struggles by Aroldis Chapman; but since taking over the job Betances has struggled himself. This week he pitched four times and gave up four earned runs across just 3.2 innings. He also blew a save and in total had just one clean outing. Chapman on the other hand, had two strong performances. After just recently flip flopping roles, the two dominating relievers could soon flip flop back into their original roles. The switch to Betances was never a permanent move, and the experiment could be over soon. If manager Joe Girardi feels that Chapman is back to form, he will be back to closing games as well. 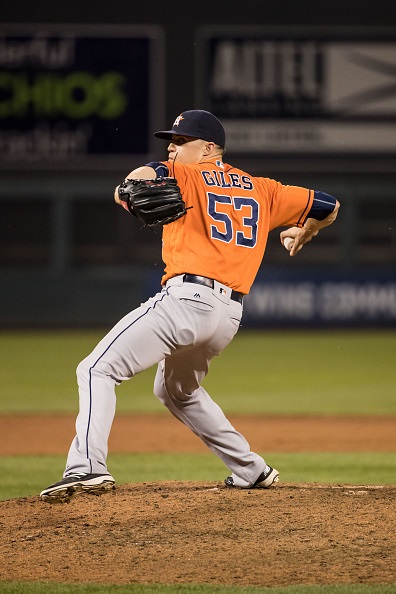 Ken Giles (93% owned) landed on the very first hot list of the season and it took him until now to make appearance number two.  He pitched four times this week and converted on all three of his save chances. He also had nine strikeouts across five shutout innings, and allowed just one runner to reach base against him. Giles has been rolling for a few weeks now; he has not allowed a run in his last 12.2 innings and has allowed just one run in his last 19.1 innings. He is currently 29-for-32 in save chances and is quietly putting together a strong campaign this year. His K/9 sits at an elite level of 12.35, and he is beginning to climb up the closing ranks. YTD stats: 54.2 innings, 29 saves, 75 K, 2.30 ERA.

Hector Neris (57% owned) makes his first appearance in the hot section after putting together a very solid week for fantasy owners this week. He converted on all three of his save chances and did not allow a run to score against him. He also had four strikeouts in three innings of work. Neris continues to pitch well for the Phillies, but his low volume of work and save chances keep him near the bottom of the closing ranks. He is still trying to pass the 20 save plateau, although that should come soon. His ratios are solid, and if he was on a different team he would likely rank in the middle-tier of closers. YTD stats: 62.2 innings, 19 saves, 68 K, 3.02 ERA.

Roberto Osuna (96% owned) is having a very odd season. His ratios are pretty strong with a 3.66 ERA, 0.96 WHIP, and 11.59 K/9 but after blowing two save chances this week he is now the league leader in that category with ten. With numbers like his you would not expect to be just 35-for-45 in save chances, but that is where he stands. His acting manager DeMarlo Hale told reporters that Osuna will remain the team’s closer despite the recent blown saves. He will need to turn it around quickly to avoid landing on his team’s hot seat. Osuna is easily the Blue Jays best reliever and fantasy owners will be hopeful that he keeps the job. For now, he lands in the middle of the closing ranks. YTD stats: 59.0 innings, 35 saves, 76 K, 3.66 ERA.

Blake Treinen (37% owned) had a rough go of it this week as the A’s closer. He pitched three times and gave up four runs (three earned) and took THREE losses. Yes, three losses in one week… yikes. Treinen has pitched well since being traded to the A’s; pitching to the tune of a 2.60 ERA and 1.08 WHIP, but the recent struggles could soon land him on the chopping block. He doesn’t face much competition in the A’s bullpen, as it is one of the worst in all of baseball, but he will need to start pitching better to retain the gig. He ranks near the bottom of the closing ranks. YTD stats: 65.1 innings, 10 saves, 62 K, 4.41 ERA.

This table shows who has made the most appearances in these sections.

Kyle Barraclough (16% owned) has returned from the DL in strong fashion. Since returning, he has 18 strikeouts in 12 innings and has allowed just two earned runs to score against him. His WHIP in that span is a crisp 0.67 and he has picked up five holds. He is still behind Brad Ziegler for save opportunities, but he is easily the more talented of the two. If Ziegler struggles, Barraclough could have the chance to take over the closing gig for the Marlins. He is worth owning in nearly all formats and has closing upside in the near future. YTD stats: 58.1 innings, 21 holds, 68 K, 2.93 ERA. 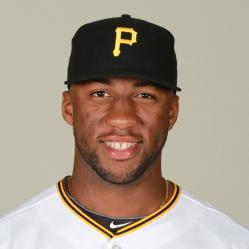