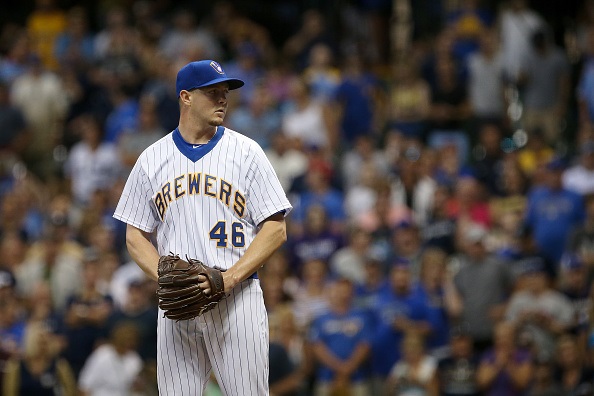 It was a strong week for closers, as more than a handful of guys had great weeks. There also weren’t any closers who suffered on the opposite end of the spectrum, as the really bad week was completely avoided league-wide. We also had an uptick in holds this week and overall it was just a great week from relievers for fantasy owners. It appears that we are seeing stability in MLB bullpen’s as we head into September. Fantasy owners will surely be hoping for more weeks like this one down the stretch run of the fantasy baseball season.

The Cardinals. Trevor Rosenthal had attained a firm grip on the closing gig prior to going down with injury, and since then this job has been a mystery. It was believed that Seung-Hwan Oh would take over the job but he has pitched in the 7th inning and 8th inning of two of the most recent games for the Cardinals. The last pitcher to record a save for the team was Oh but that was August 18th, so the belief is still that he will get save chances, but it is a bit odd to see him pitching in earlier parts of the game. Manager Mike Matheny has not named a closer and said it is a game-by-game decision who will be used and in what roles. 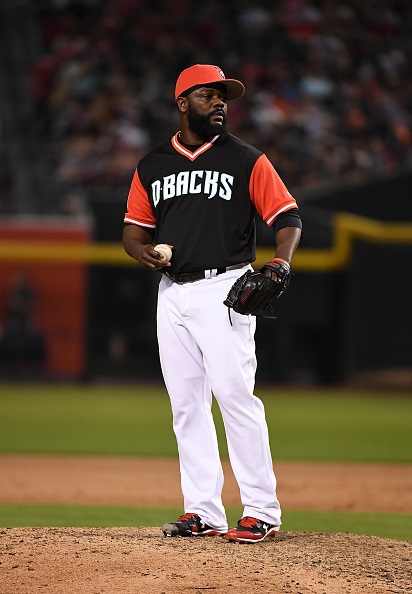 Fernando Rodney (80% owned) had the seldom seen five save week while allowing just one run to score against him across five innings. Five save weeks are a crazy boost from one closer, and he also provided five strikeouts. Rodney has been the most up-and-down closer of the season this year but has still picked up 34 saves for his fantasy owners to this point and has been a nice cheap value at the position. He will continue to be a below average closer just because of the rough patches he sometimes provides, but is still a nice own based on the counting stats. YTD stats: 45.2 innings, 34 saves, 54 K, 4.53 ERA.

Corey Knebel (89% owned) makes his third straight appearance here, as he continues to be a dominating force at the end of games for the Brewers. This week he converted on all three of his save opportunities and also had six strikeouts across three shutout innings. Over the last three weeks Knebel has racked up nine saves and one win while also not allowing a run. In fact, the last time he gave up a run was on July 19th, a span of 17.1 shutout innings. Currently ranked third in the closer rankings, Knebel is flirting with top-2 territory despite how great Jansen and Kimbrel have been. YTD stats: 62.2 innings, 30 saves, 106 K, 1.29 ERA.

Alex Colome (92% owned) converted on all three of his save chances and he also had eight strikeouts across four shutout innings. Yesterday he picked up his league-leading 40th save, giving him four more than the second most. While he hasn’t been the most dominating closer in baseball this season, Colome has had strong value based off the sheer volume of saves. He has given up just one earned run over the last month while also racking up eleven saves over that span. Colome has been slowly rising up the closer rankings and will be a reliable reliever for the stretch fantasy run. YTD stats: 59.2 innings, 40 saves, 54 K, 3.02 ERA.

Alex Claudio (33% owned) pitched just one time this week and did not receive any save chances. In his lone outing this week he allowed a run to score against him and had just one strikeout in 1.1 innings pitched. Claudio has just one save since August 18th which is not his fault, but still, it really puts a damper on his fantasy value. His recent weeks are subpar and have not provided much in the fantasy game, but things can change quickly. He is still pitching well, and the save opportunities will come sooner or later. He is currently in the lower half of the closer ranks. YTD stats: 70.1 innings, 7 saves, 50 K, 2.56 ERA.

This table shows who has made the most appearances in these sections.

Juan Nicasio (9% owned) was placed on irrevocable outright waivers by the Pirates; which means any team can claim him without having to give up anything in return. Nicasio is having a nice season with ratios of a 2.85 ERA, 1.12 WHIP, and a 9.00 K/9. A change of teams could help or hurt his value but until we know which team he joins he is worth stashing. There are a few teams that he could be a closer for, and that would make him a must own in most leagues. While that is not probable, as he will more than likely join a contending team as a 7th or 8th inning man, it has a chance of happening. At the very least, it should be expected that Nicasio will retain a role as a late inning reliever. YTD stats: 60.0 innings, 21 holds, 60 K, 2.85 ERA.